The Russian bride of Sultan Muhammad V might just be ready to break her silence as she has started posting details on Instagram on Sept. 5, 2019 about how the couple even came to be.

The former model has hinted a few days before on social media that she was mulling a tell-all.

This was after maintaining her silence for months now.

Rihana Oksana Veovodina addressed the rumours about the couple’s parting of ways in an initial Instagram post on Monday, Sept. 2, 2019.

She wrote that she knew the public wanted a conclusive answer: “I know that everyone really wants to know what happened to us. Before, I was not ready to reveal my story.”

“Maybe, if I tell you the truth, I will feel better... but I just don’t want to hurt anyone,” she wrote without explaining further.

“It will be painful.”

Her strong words appeared incongruous with the photo she posted.

She sounded more hopeful and optimistic in many of her previous posts, which were to share positive updates about her married life.

The latest image on Monday was different as it showed a cosy picture of herself and the sultan, which was a departure from previous professionally taken shots of the couple.

This post has been seen as validating the news that the couple has indeed split, confirming rumours that she and the sultan have indeed divorced.

Rihana then followed up with another post on Thursday morning, this time including a three-part account of the sultan's past relationships with women: 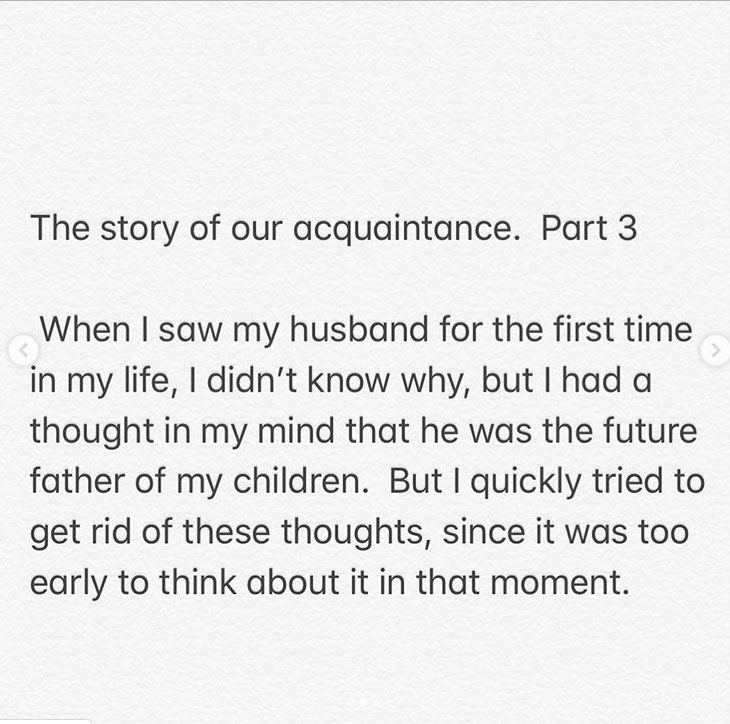 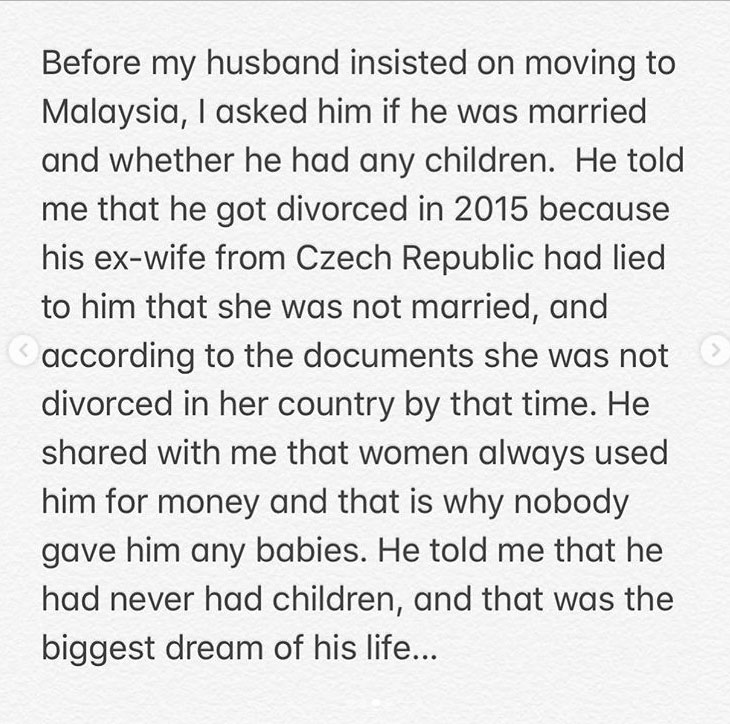 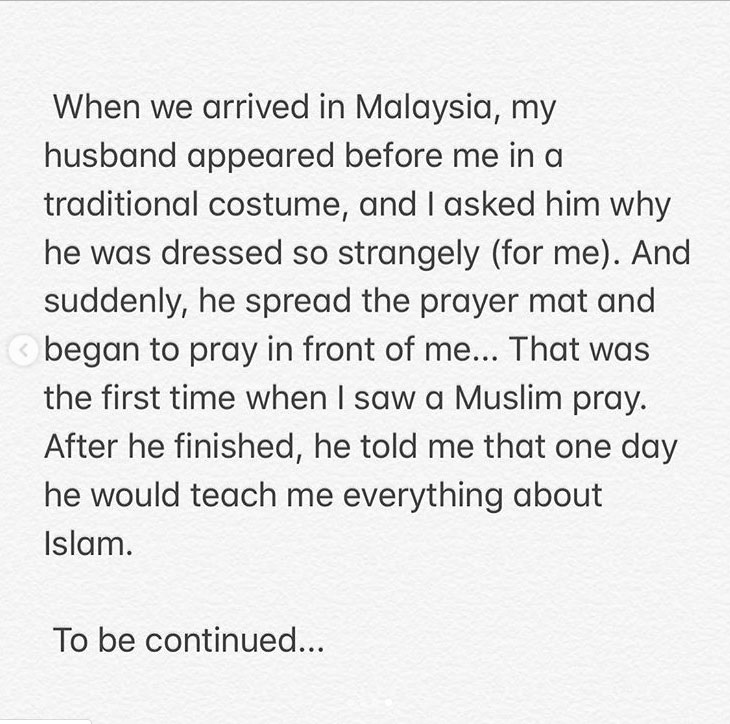 The candid photo that accompanied the post showed the sultan playfully posing with the "V" sign over her head.

The former Miss Moscow had strongly denied the claims of a split previously.

She went as far as describe her husband as “a decent Muslim”, and dismissed media reports on their parting of ways as "not legitimate".

The image of a happy marriage and coupledom was heavily curated on Instagram.

She posted anecdotes of her romance with the sultan, and even updated the public on their baby’s arrival and development.

Sultan hinted son is not his

All these posts were put out even as Muhammad V’s lawyer confirmed that Muslim courts had finalised the divorce paperwork.

The sultan's lawyers even hinted that the monarch might not be the baby’s father.

Rihana and baby appear to have been residing in Moscow for quite a while now.

Her Instagram does not contain images of the three of them together.

Rihana's account of what happened will be lapped up by the public hugely befuddled by this turn of events.

She could possibly explain why the Kelantan Palace has never officially recognised the couple’s marriage.

The royal family never accorded Rihana a title, which was the usual practice for other foreign brides.

The Sultan’s sudden abdication of the throne earlier in 2019 was never explained given how his term was not up.

His abdication has been linked to his marriage with Rihana, but the exact details are a mystery.

Rihana previously wrote on Instagram that she intended to defend her family’s honour, as staying silent would mean conceding to "untruths".