Two separate petitions have been started on behalf of a National University of Singapore student, who was a victim of an act of voyeurism while residing on campus housing.

The two petitions -- one with 2,502 signatures and the other with 873 signatures (as of April 21, 5.30am) -- were started to call for more to be done for the victim, as well as making punishments harsher as a form of deterrence.

The first petition, which was started on April 20, is addressed to four individuals who are heads of NUS:

The second petition was started about a day later, is addressed to "All Singaporeans".

Both petitions were put up after the victim took a stand publicly to identify herself and bring to light the circumstances and the outcome of the whole incident after the case was referred to the police.

You can read the full details here, where the perpetrator was supposedly slapped with a 12-month conditional stern warning as the harshest punishment:

Why did the NUS student call attention to herself?

According to the 23-year-old victim, Monica Baey, she is taking a vocal stand as she said the punishment meted out was not enough of a deterrence to prevent future voyeurism incidents from happening on campus.

How is she coalescing support for her cause?

Baey has been actively calling attention to her cause on social media, especially over ephemeral Instagram Stories postings.

In one such posting, she wrote that she is exploring "private legal options", indicating she could proceed with a civil suit: 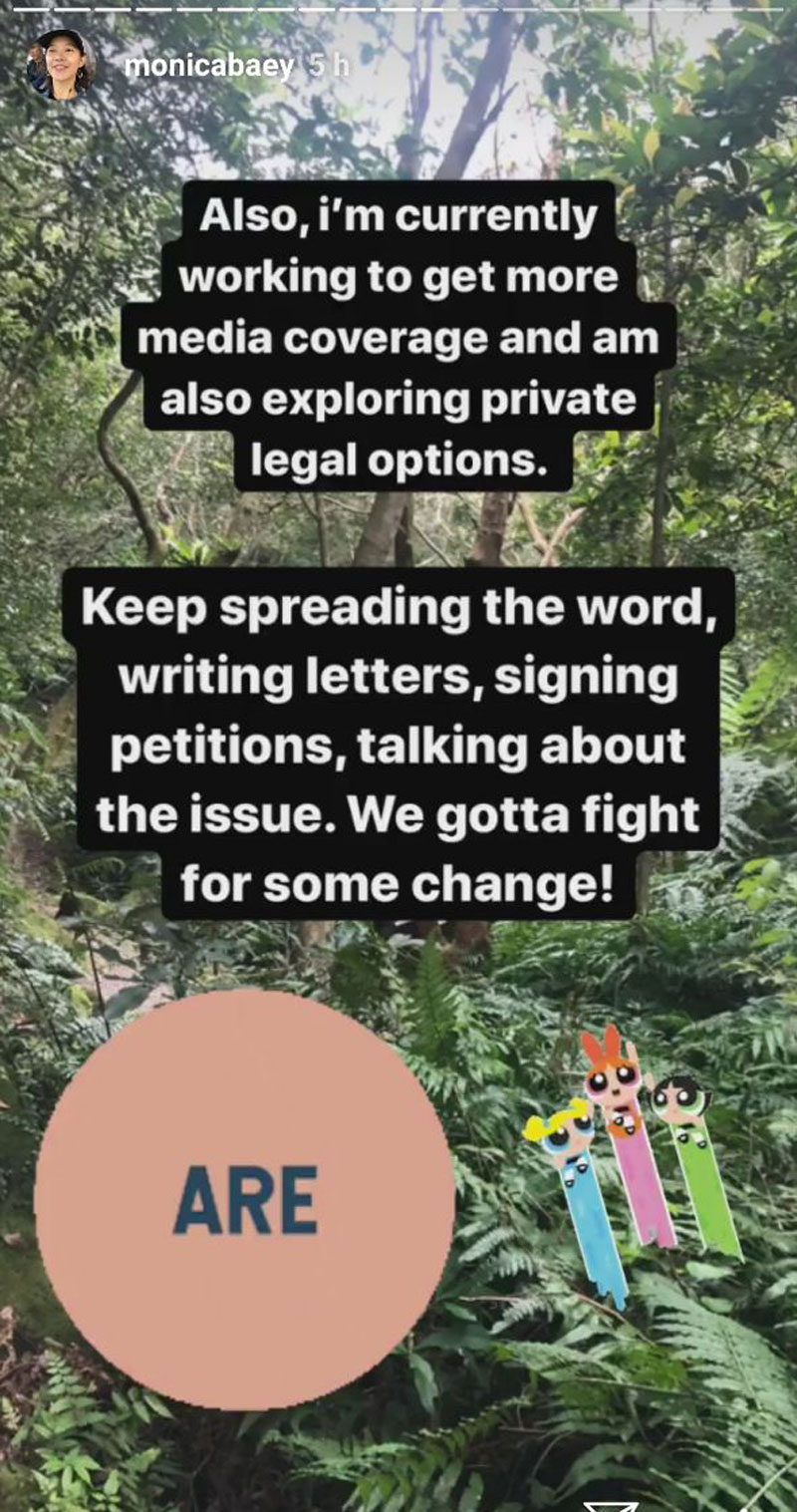 In another post, she asked to be kept in the loop of any ongoing petitions on her behalf: 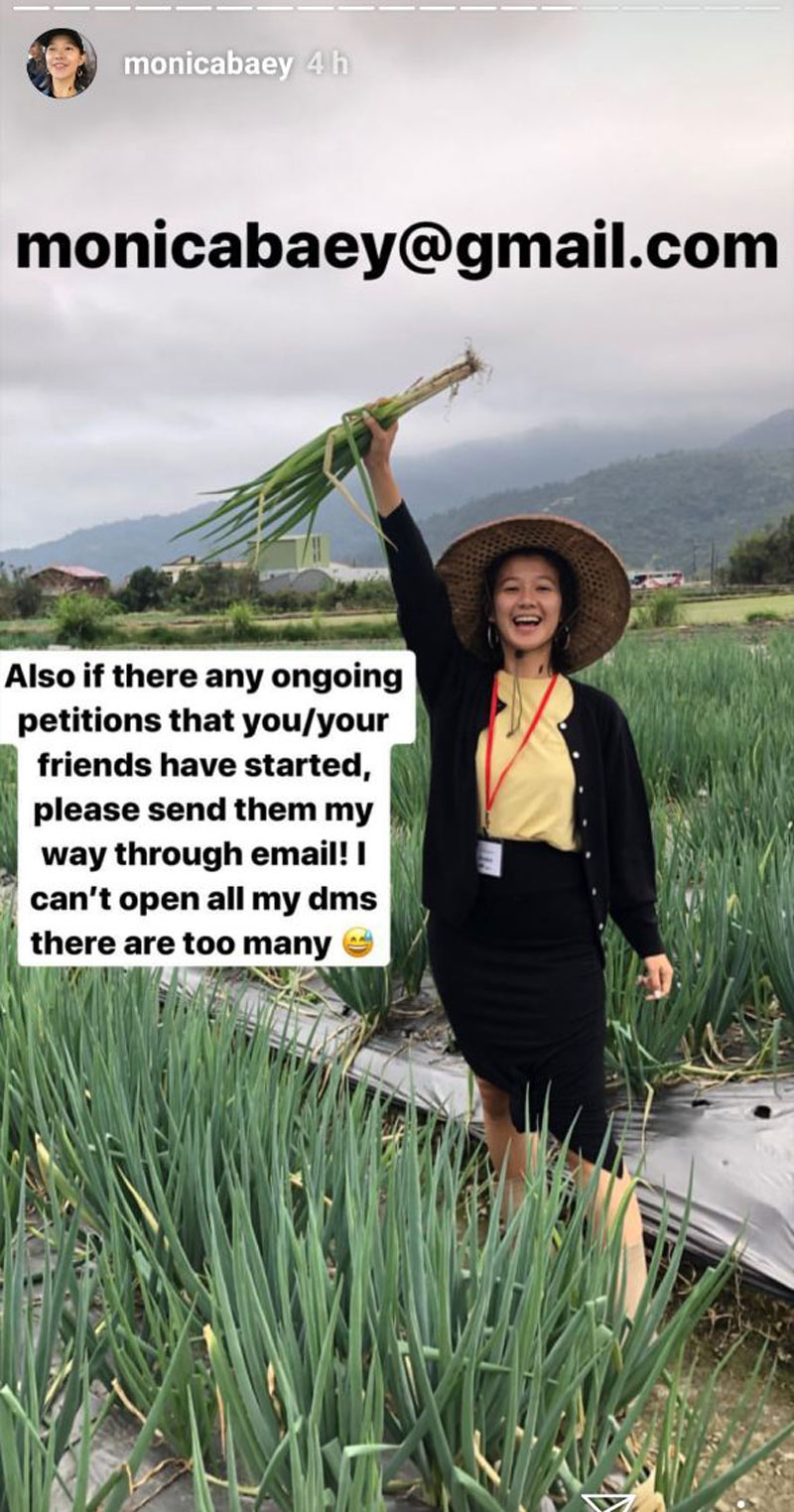 And it appears her efforts at rallying public support is working.

On Saturday evening, April 20, NUS took the rare step of issuing a statement saying that it is in the process of reaching out to Baey and offering support and assistance.

This was after the case blew up on social media and was picked up by the mainstream media, going as far as being reported by Hong Kong's South China Morning Post.

Acknowledging the concern expressed by members of the public, the university also added that a committee will be convened to “review the current disciplinary and support frameworks”.

The committee is expected to share the “findings of the study and follow-up actions in the new academic year”.

One of the notable aspects of the first more popular petition is that it features a lot of statements of support by those who signed, indicating that they have no qualms attaching their identities to this issue.

This incident might have struck a raw nerve with the public.