When I was challenged a week of no disposable plastic, I confidently agreed.

The challenge was simple: Use as little disposable plastic (or plastic that you buy just for a single use) as possible in a week and tally the total number of items I do end up using at the end.

How hard could it be?

And I thought to myself, how difficult could it be to cut down on disposable plastics and be eco-friendly, right?

After all, I'm already using a Keep Cup (a brand of Barista-standard reusable cups) at the office, and carrying around a set of camping cutlery from Decathlon.

All I lacked was a metal straw, which my sister very kindly gifted me upon learning about this challenge. Ironically, it came in plastic packaging:

All that was left to do was to bring a recyclable container when ‘dapao-ing’ (taking away) food — because nothing says caring for the environment more than shoving my recyclable IKEA lunchbox in the mixed rice auntie’s face faster than she can reach for that despicable piece of styrofoam.

It was going to be a breeze, right?

Over the course of the challenge, I realised just how difficult it is to avoid plastic, having despite my best efforts nonetheless accumulated 17 pieces of plastic that I had used by the end of the week.

Even when I tried my best to avoid plastic, it still crept into my daily life.

The bulk of these (okay, half) came to me in the form of 3-in-1 coffee sachets (plastic count: 5) and buns bought from local neighbourhood bakeries (plastic count: 4), which contributed a total count of nine pieces of plastic in the entire week, just like that.

And that's when I realised that being eco-friendly means a whole lot more than simply bringing around recyclable containers.

Here are six lessons I learnt from a week of trying to cut down on plastic usage:

1) If there’s food, there’s going to be plastic

Almost all the food we consume comes with or in some sort of plastic. This is, of course, unless you're buying something that happens to be packaged in a paper bag.

The buns I ate from the bread shops located at the MRT stations were all packed in plastic bags, and so were the instant coffees I drank to wash them down for breakfast.

That bubble tea I drank at a cafe while doing some work? Yup, both the cup and straw were plastic.

Now, indeed I do know there are bakeries that get you to put your bread on a tray before bringing it to the counter to be bagged, and I could have brought a box to keep the bread in to prevent the use of a plastic bag. I could also have brought my Keep Cup to the kopitiam auntie and bought my coffee from there instead of defaulting to the 3-in-1 at the office.

But the bakery at the MRT station nearest to my house doesn't do it that way, and the coffee in the office is free (the canteen is an extra five-minute walk away). So it isn't impossible to avoid single-use plastics in these instances, at least.

It is also highly inconvenient (at least to me) — and I guess the reality is, most of us default to what is most convenient (more on this in point 3).

And regrettably the most convenient path doesn't seem to be the most eco-friendly.

It’s a lot easier to cut down on disposable plastic if you have an idea of what you’ll be doing for the day, which involves knowing what meals you'll be eating out and which you'll be bringing home to eat in front of your laptop.

Even a simple thing like buying snacks from Old Chang Kee, some of which are placed in plastic bags, had to be planned for. 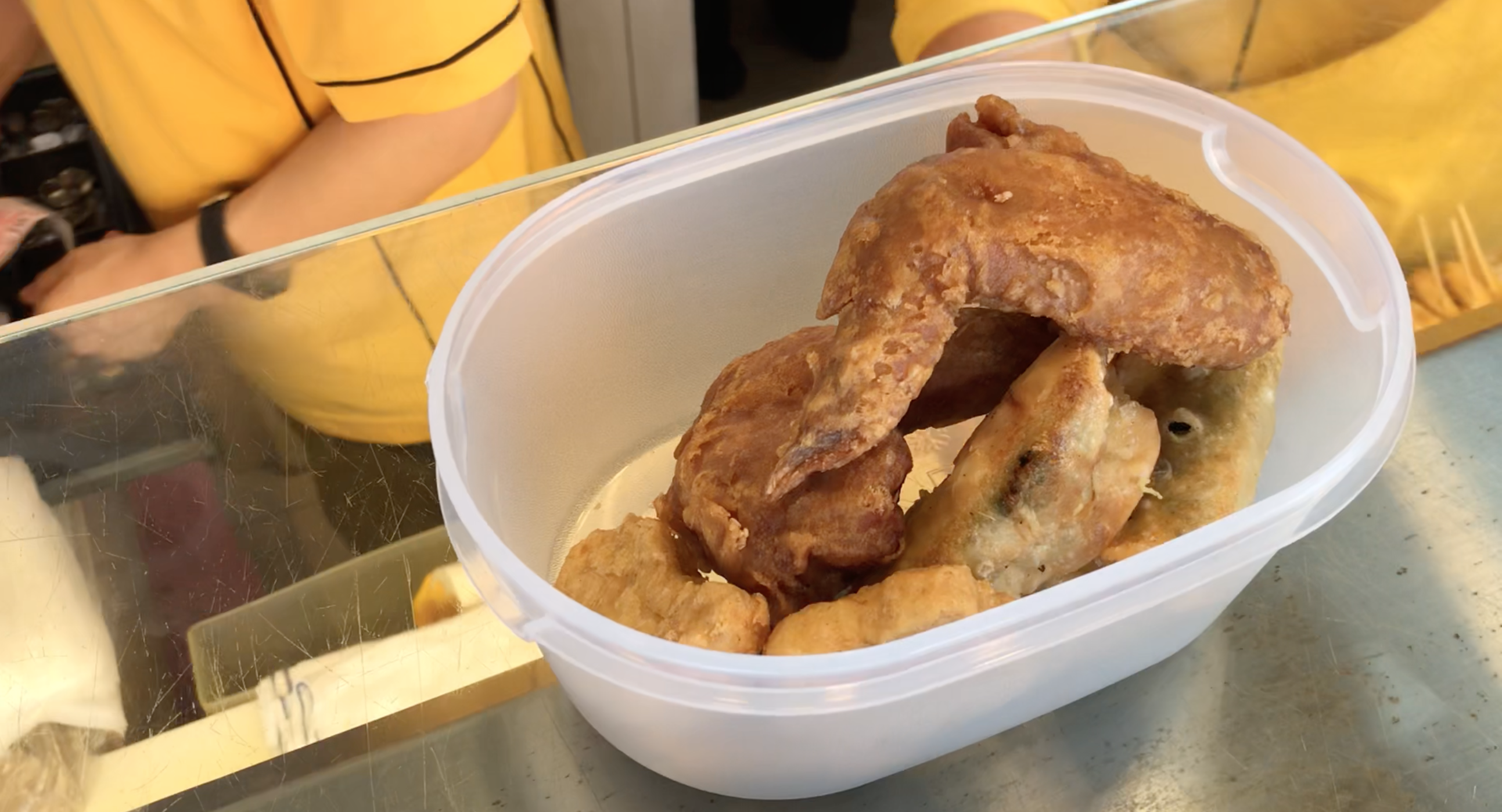 In order to make sure that I could enjoy some Old Chang Kee in the afternoon, I had to specially bring a container out with me in the morning just so I could store all that deep-fried goodness.

Inconvenient, but so worth it (to me, at least. Heh). Planning, ftw.

A big part of why people find it so hard to give up plastic is because it really is the most convenient option for transporting food around.

Most people would simply just take the default packaging provided at lunch rather than carry around a lunchbox for the entire morning.

This means that consumers are relying on the businesses to provide us with whatever packaging they deem the most cost-effective. That usually ends up being plastic, styrofoam or something else that isn't environmentally friendly.

If we do want to take meaningful steps toward reducing our plastic consumption, then it does look like it will have to be at the expense of our convenience — a trade-off I'm willing to accept to a certain extent, I suppose.

4) Not all companies are on board... yet

Unfortunately, not all businesses are ready to accept people bringing their own containers yet.

When I went to buy beancurd, my request for it to be packed in my own container was turned down by the staff.

The reason they gave? Apparently, they had to use their own container to gauge how much beancurd to scoop in.

Alternatively, they could scoop the beancurd into their container and then transfer it into mine, but this would still use up one plastic container anyway.

I was left with two options: I could either go home empty-handed or accept their packaging.

I am ashamed to say that I chose the latter when my stomach rumbled a little too loudly.

5) Plastics are also prevalent in groceries

I also found that a big portion of my plastic count also came from products bought in the supermarket, such as 3-in-1 coffee and potato chips.

Thankfully, the challenge only lasted one week, so I could do without potato chips fairly easily. Instant coffee, though, was much harder to give up.

Given that lots of products bought from the supermarket, like energy bars and bread, all come with multiple layers of plastic, I wonder what an eco-friendly consumer can do about this.

Should I avoid these brands altogether and look for packaging-free alternatives such as Unpackt?

Or should I attempt to make my opinions heard and give feedback to big companies to use more environmentally-conscious packaging materials? Could I really make a difference in this way? I'm just not sure.

Where would I begin doing this anyway? And how?

All these questions. Brain hurts.

6) We can give (some) single-use plastics multiple lives

Here's a silver lining: even if I can't stop large companies from using unnecessary plastic packaging, I realised that I can, on my part, reuse the plastics I already have.

This includes, for instance, storing my travel toiletries in the Uniqlo plain tee bag, which might look a little strange — but hey, at least I'm saving the Earth in whatever small ways I can.

I was truly shocked to discover just how much plastic we use every day without thinking.

Witnessing how a lot of it can actually be replaced with little effort was both frightening and enlightening.

Trying to cut down on disposable plastic was also much harder than I originally thought.

Despite my best efforts, I used a total of 17 pieces of plastic in a week, which averages out to two and a half pieces of plastic per day. That might not seem like a lot, but two pieces a day will add up to a crazy amount in a few years — never mind multiplying this amount by the number of members of my family, the number of citizens in our country...

Now that the challenge is over, I still bring my own container to lunch every day because it's become a habit. Anyway, it's really not that hard, and washing it afterward only takes a couple of minutes.

I do still indulge in the occasional bubble tea, but as least I know that I'm doing my part in other ways.