Did Malaysia really deliver on the flying car?

A new flying car-drone has been developed by Malaysia -- but it is only a prototype.

In fact, it is only a model figure.

And it is named "Vector".

It has attracted attention and drawn curious stares at the 2019 Langkawi International Maritime and Aerospace 2019 (LIMA’19) exhibition, which is in its 15th edition with 406 defence-related companies from 32 countries participating.

How will it fly?

Bernama reported on the vehicle's concept from the sidelines of the exhibition on Wednesday, March 27.

The flying vehicle company, Aerodyne Group, refuted the idea that Vector is a flying car.

Its business development and consulting senior director Imtyaz Mohd Azzat, said: “Vector is powered by four motors and a lithium-ion battery that enables the vehicle to fly."

It was designed to be a point-to-point air transportation system, the company said, perhaps distancing itself from recent comments that Malaysia will deliver a flying car real soon.

But the final price has yet to be finalised

What can the drone vehicle do?

A Vector prototype is slated to be ready to fly as early as June this year.

Aerodyne Group is a four-year-old company, which has experience in drone technology.

“Prime Minister Mahathir Mohamad is also pleased with this idea when he visited the booth,” Imtyaz added. 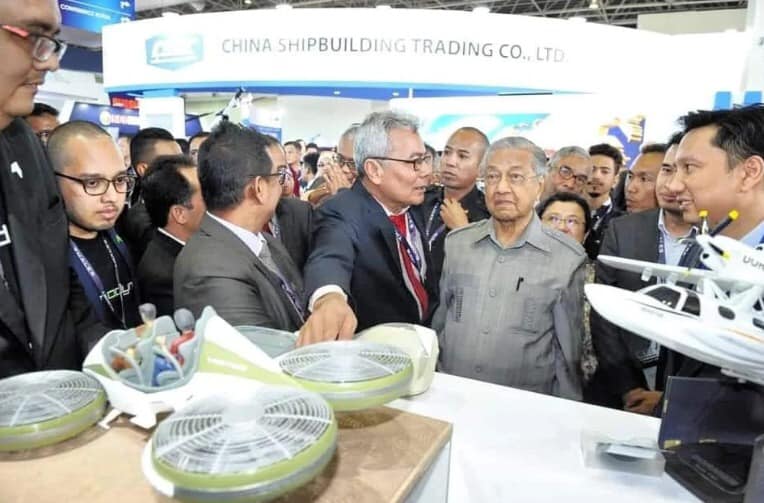 Imtyaz also expressed gratitude to the support given by Malaysia's Ministry of Entrepreneur Development.

The debut of the Vector model comes about a month after the Malaysian government announced it expects to unveil its first flying car prototype in 2019.

Minister of Entrepreneur Development Mohd Redzuan Md Yusof announced in late February 2019 that the prototype developed in Malaysia was safe and capable of lying at low altitude at a reasonable speed.

This was followed by clarifications: