Some things are just bigger than petty squabbles.

Like criticising a really hilarious prototype of a flying vehicle, for example.

Vector is a proposed flying vehicle by Malaysia.

A prototype is expected to be produced by this year.

A model of it was recently unveiled at Langkawi International Maritime and Aerospace 2019 exhibition.

According to Malaymail, the company's business development and consulting senior director Imtyaz Mohd Azzat expressed his gratitude to Malaysia's Ministry of Entrepreneur Development.

He also told Bernama that Malaysian prime minister Mahathir was pleased with the model:

“Prime Minister Mahathir Mohamad is also pleased with this idea when he visited the booth,”

Here's a video of it.

Reactions to the model were pretty one note from people both sides of the Causeway. 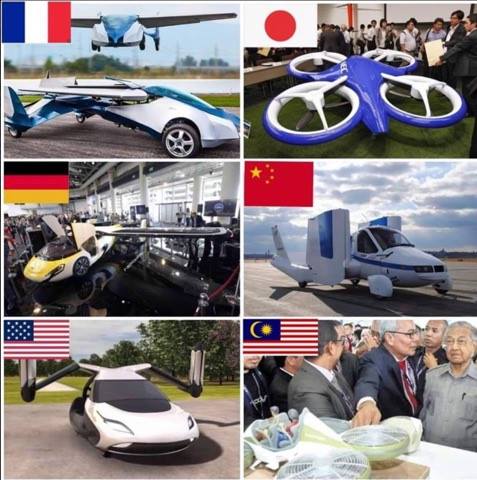 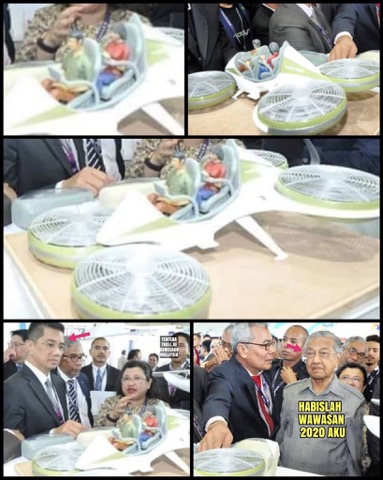 One Malaysian man, Mujahidin Zulkiffli, had rather harsh words for the model:

In case you can't read it.

I don’t know about you but I’d say that the PM’s expression is priceless.

If I was the PM, I’d pick up the drone, put it on the floor, step on it and ask Redzuan to fly it.

How do we know if the cockpit button can even function when it’s not even there?

Where’s the push start button? Is it on a remote control?

It’s a bloody drone! Did any reporter ask him if he had ever seen a drone? I know just the right birthday gift for him this year. A drone!

Can we replace this Minister with Chef Wan?

Dubai’s prototype of flying taxi at least can fit real people inside! It has even completed more than 1000 test flights!

How dare you embarrass the whole country at such prestigious international exhibition?

Not the flying car

Despite the media hype around a new flying car prototype, Imtyaz insisted that this wasn't a flying car, but rather a point-to-point air transportation system.

He told Bernama that the Vector is a drone-concept vehicle that will be used to carry passengers, cargo, and even be utilised for surveillance purposes.

But the final price has yet to be finalised.