Fans of the Red Devils in Singapore get ready.

English Premier League (EPL) side Manchester United (Man Utd) is coming to Singapore this year for the International Champions Cup (ICC) as part of their pre-season tour.

Anonymous sources confirmed this piece of news with The New Paper (TNP) on Feb. 13.

In fact, rumours of them playing against Inter Milan on Jul. 20, 2019 have been circulating around on Facebook. 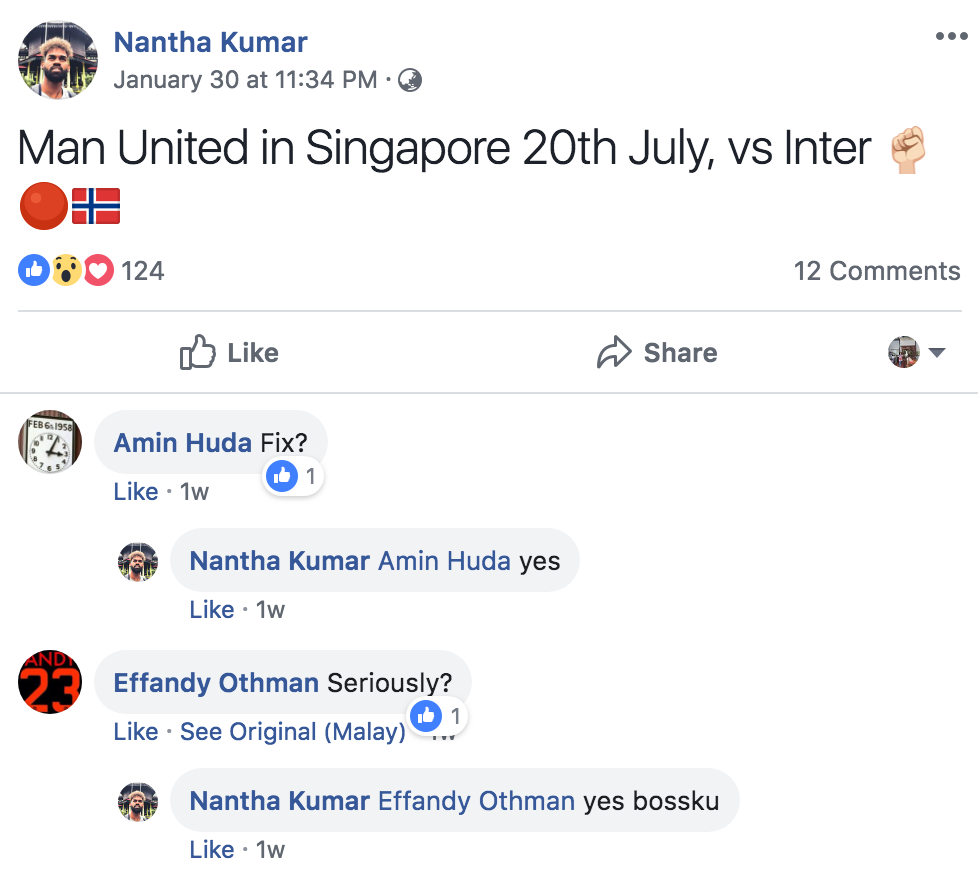 The spokespeople from United and Inter neither confirm nor deny the rumours.

The Red Devils last visited Singapore in 2001 for a friendly match with a Singapore selection at the old National Stadium.

Sources also shared with TNP that there will be at least two other prominent football clubs joining ICC this year.

One of which is likely to announce their trip to Asia sometime next week.

It has been rumoured that Tottenham Hotspur will be playing either Paris Saint-Germain, Juventus or Chelsea on July 21.

More details on the participating clubs for ICC 2019 will be announced at the end of next month, tentatively on Mar. 27.

A former star from each club is supposedly coming down to Singapore for this announcement.

????
What in the world are cashless angpaos?

?⏩?
Finally escape from your CNY fatigue with these heavily discounted cruise fares.

??
Millennials are strawberries? Can eat one ah?