The president of Ferrari Owners' Club Singapore has apparently sent out a mass email to the supercar's club members appealing for the return of private property that has gone missing after an event.

The items that have gone missing?

Some 50 or more crystal glasses worth about S$125 each used to consume premium Louis XIII brandy produced by Remy Martin.

A screen shot of the email by the FOCS president, Leong Kah Wah, was shared by mrbrown at 8.16pm on Nov. 19. 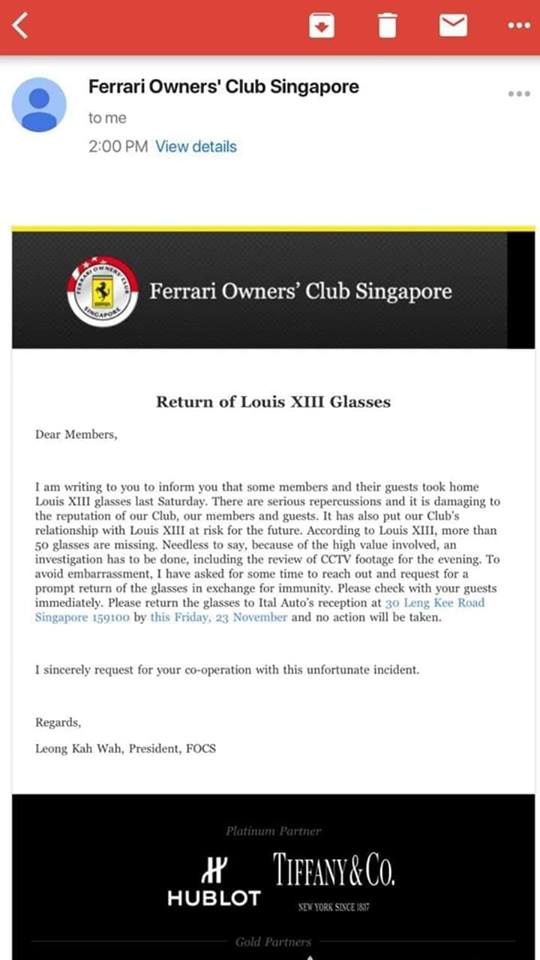 The original screen shot appeared to have made the rounds on HardwareZone forum earlier in the day at 5.35pm.

The email was sent out after an event with Louis XIII on Saturday, Nov. 17.

I am writing to you to inform you that some members and their guests took home Louis XIII glasses last Saturday. There are serious repercussions and it is damaging to the reputation of our Club, our members and guests. It has also put our Club's relationship with Louis XIII at risk for the future. According to Louis XIII, more than 50 glasses are missing. Needless to say, because of the high value involved, an investigation has to be done, including the review of CCTV footage for the evening. To avoid embarrassment, I have asked for some time to reach out and request for a prompt return of the glasses in exchange for immunity. Please check with your guests immediately. Please return the glasses to Ital Auto's reception at 30 Leng Kee Road Singapore 159100 by this Friday, 23 November and no action will be taken.

I sincerely request for your co-operation with this unfortunate incident.

Deadline for return of items

The deadline for the return of the glasses has been set at Friday, Nov. 23.

The 30 Leng Kee Road address mentioned in the email is the location of the Ferrari dealer in Singapore.

A check on Carousell reveals that a Louis XIII crystal glass can sell for S$280 each.

But it is also commonly listed to be about S$125 each. 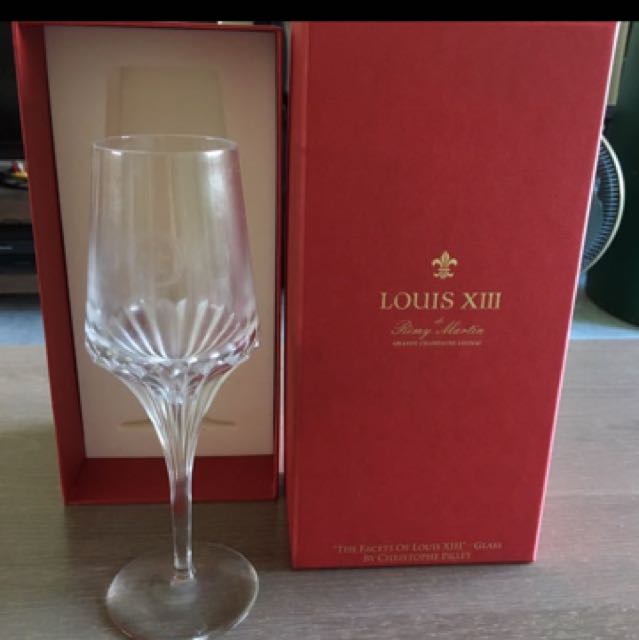 With 50 or more cups allegedly missing after the event over the weekend, the value of the lost items can amount from S$6,000 to S$14,000 or more.

Responses to the email have been unsympathetic and snarky.

In an update to the case, mrbrown posted a screen shot of another email by the FOCS president informing the members that the matter is resolved, presumably after the glasses were returned.

I am pleased to inform you that the incident has been resolved to the satisfaction of Louis XIII, who appreciated our prompt responses and actions taken, Our relationship with Louis XIII remains strong and we look forward to another great year ahead. Thank you.

This is the email: 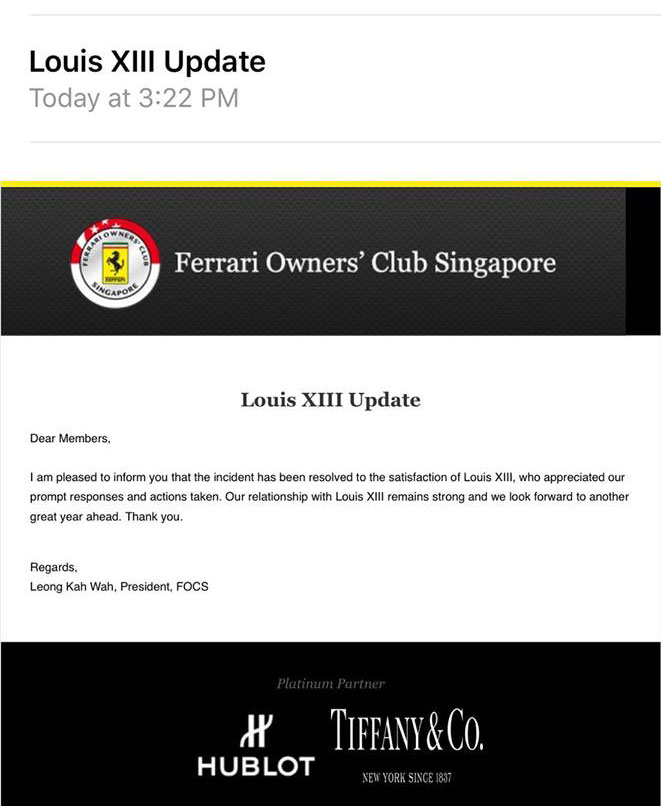 Attempts have been made to reach out to FOCS and its president.

This article will be updated when we get a response.