A Singapore-based travel influencer has provoked the ire of Thais and other tourists for being inconsiderate.

This was after she shared a photo of herself on Instagram posing in front of a moving train when she should have been getting out of the way. 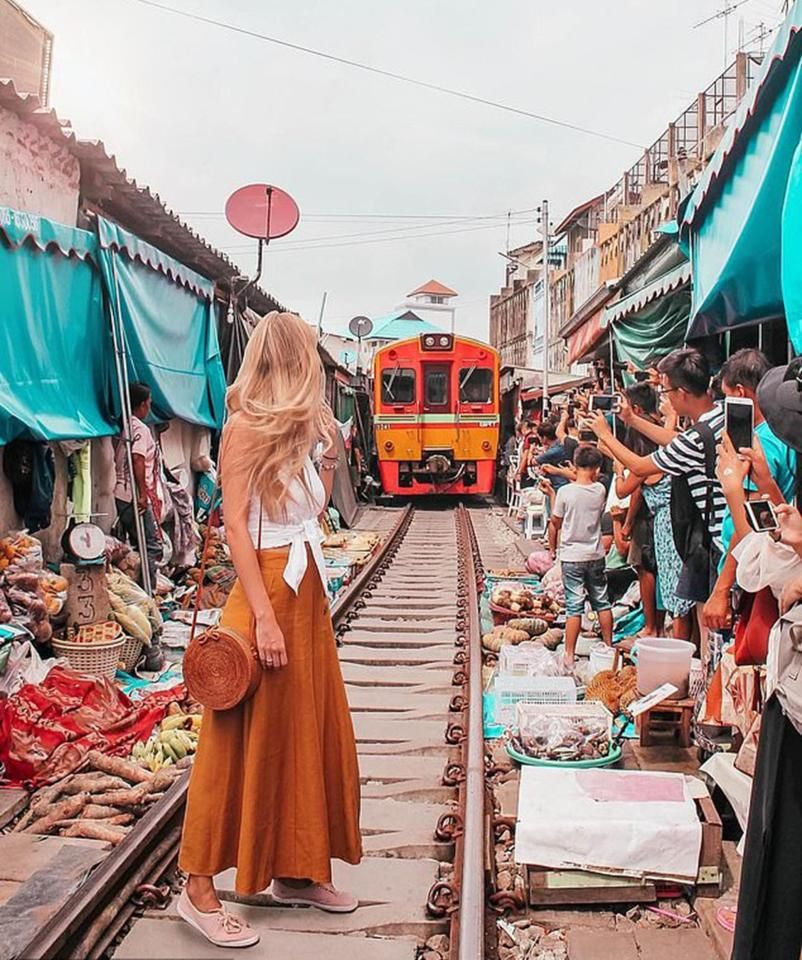 The location is a famous tourist destination where the train would travel slowly but directly through the stalls.

Vendors would quickly pack up their goods to move to either side to let it pass.

Monzon, who has 32,000 followers on Instagram, has been slammed online for not moving aside and for acting “inappropriately".

She has lived in Spain, Sweden, Australia and Germany, and is currently residing in Singapore.

For risking her life by remaining on the tracks for the perfect gram, her “dangerous behavior” was called out not just by people in Thailand who are known for their courtesy and hospitality, but have a propensity to label badly behaving Caucasian tourists as "farangs".

“Ya but you don’t mind to do anything for social media content even if it’s dangerous,” one commented.

“If you tripped or something you would have been dead,” another commented.

“Great that you’ve created such a crazy photo, now let’s hope there are no kids out there stupid enough to copy it.”

But it seems that it has been done before:

Subsequently, Monzon responded to the backlash.

She wrote: “First, this is not dangerous at all, and second I am not the first and won’t be the last person taking a photo here or any other dangerous places. It is on ourselves to be aware of the dangers and the limits. Even if I would not take this photo, people would anyway. I am not a person who takes a big risk just for a photo, I value my safety and life.”

Some people did praise the shot, calling it “amazing,” “stunning” and “worth the risk.”

??
They told us these were works of art

?
Makes us want to say thank you to those in thankless jobs

? ?
Here's what spending a day with kids taught us