BTS is coming to Singapore in January 2019.

And the Police has already come out to warn against potential scalpers.

And how right they were to worry.

BTS tickets were recently put on sale on Saturday.

According to The Straits Times, they were sold out within four hours.

It seems that some of those tickets were sold to people who didn't want to see BTS, but just want to make a quick buck.

Here are some pictures of alleged scalpers flaunting their tickets. And here are the ridiculous prices that were allegedly being flaunted on Stubhub, a site that sells tickets to events all over the world.

However, these tickets do not seem to be available on the site now, but the highest prices are still quite excessive.

Some BTS fans posted screenshots of their interactions with these scalpers. 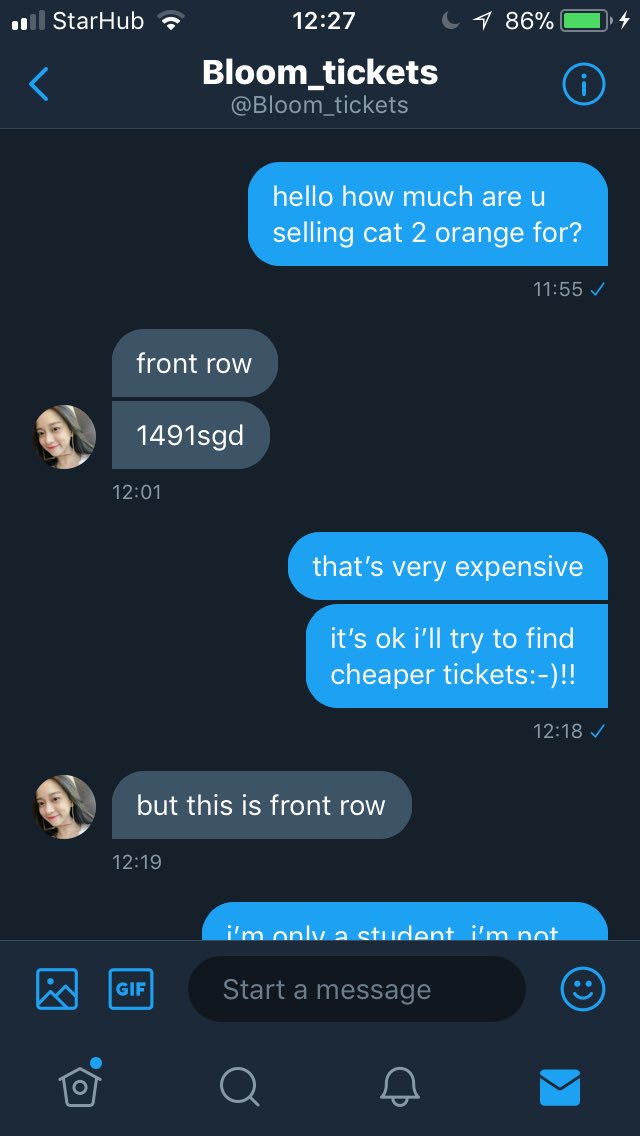 Even the more conservative resellers were significantly above the highest-priced original tickets, which went for S$348.

The cheapest tickets, when bought from the original retailer, cost S$88.

What's worse was that a few scalpers even defended their actions.

Lol "im a legit fan"
Yes theres a scalper on carou very proudly declaring that they did nth wrong and this person criticised him but shes a scalper too what goes on pic.twitter.com/RWNDJ8aTBa 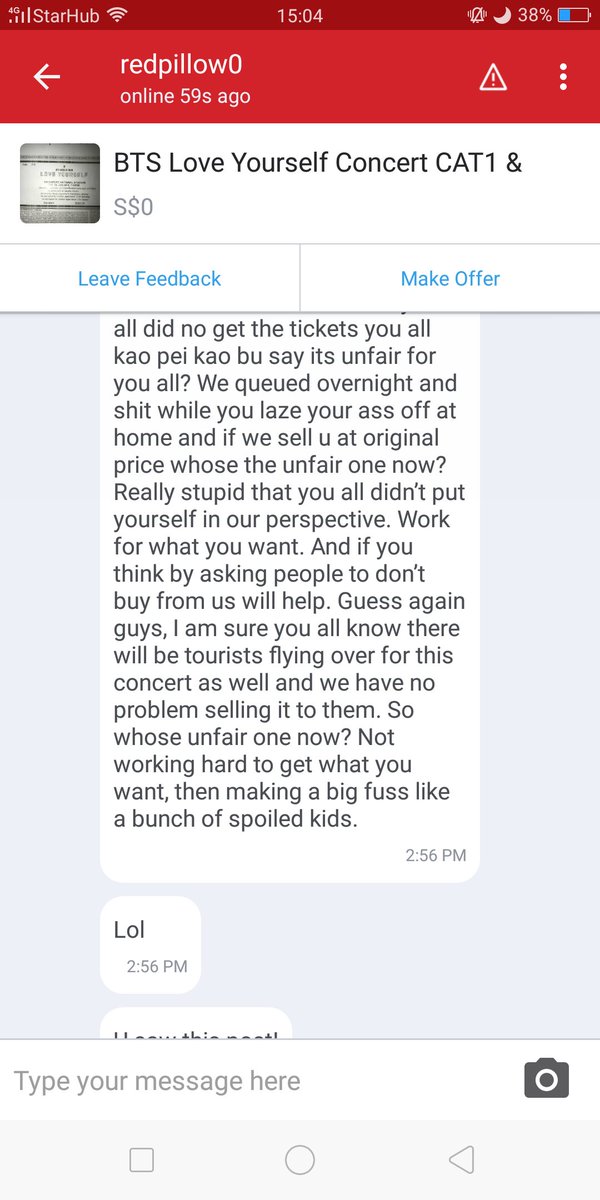 Apparently her industriousness should be rewarded.

With another taunting the BTS fans to "cry all they want". 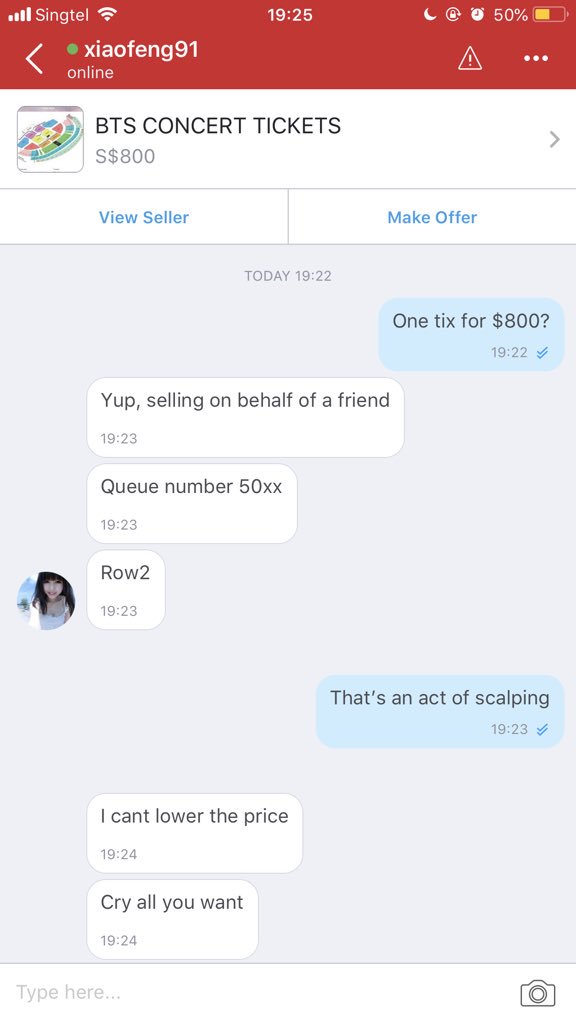