You might have heard of Mr and Mohgan's Super Crispy Roti Prata.

Heart attack on a hot plate. But so worth it. #prata #sg50

A while ago, they appeared to have retired for good from the prata game, selling their old stall at Crane Road.

There's another prata stall at the same area, but according to a post by Bibikgourmand, Mr and Mrs Mohgan did not sell their recipe to the new stall.

Mr & Mrs Mohgan are back in business at Tin Yeang Restaurant, 300 Joo Chiat Road, a kopitiam located next to Dunman Food Centre just steps away from Da Dong Prawn Noodles . Just to quash rumours, Mr & Mrs Mohgan are not retiring, they merely sold their stall at their old location (and taught the new owners some techniques). Also, Mr & Mrs Mohgan DID NOT sell their recipe to the new owners! . Today, Mr & Mrs Mohgan made the prata with a different flour as the old flour was not available, so the prata was thinner and not as crispy but they are bringing back the old specification flour soon! Also, today is their first day of business and the sambal is not available . #hawkersg #hawkerfood #uncagedstreetfood #foodphoto #singaporefood #hawker #streetfood #food #singapore #foodphoto #mrandmrsmohgansupercrispyrotiprata #rotiprata

According to the same post, the legendary prata couple made their much awaited reappearance on Oct. 4. 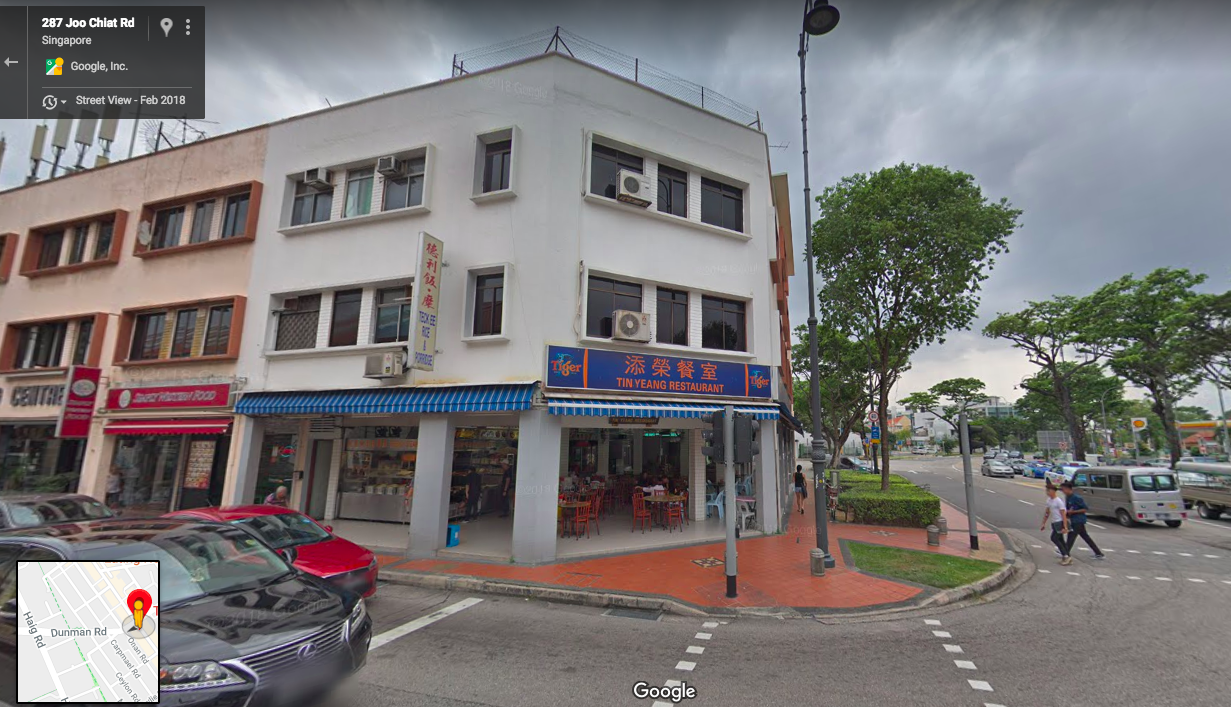 And while the sambal might have been missing during the first day, it is assuredly back.

It is right beside Dunman Food Court.

Open for less than two weeks, it appears the couple still hasn't lost their step.

When news broke that both Mr and Mrs Mohgan have decided to call it a day, it was saddening to learn that one of our hawker legends will be gone forever. Fortunately, these rumours were quashed, thanks to the information shared by @bibikgourmand, that the couple were just merely relocating to a new coffeeshop. Their previous location is still a prata stall but not using the original recipe at all. Hence, the legacy continues as both Mr and Mrs Mohgan brings their prata over to Joo Chiat Road and we will have a few more years before they decide to retire for good if no one decides to take over the brand eventually. • Dropped by on a wet and rainy Sunday morning, thinking that it might be less crowded as most people would have just snuggle in bed and wake up for cafe brunch later. However, it was a good hour wait for my 2 kosong and 1 telur ($3.50) which I demolished in minutes. They still have two kinds of curry, the mutton and fish, which I opted for the fish and a side plate of sambal (its a reward if you managed to get a piece of anchovy in it) to go along with it. If you have had their pratas previously, it needs no introduction as everything was on point despite the throngs of people who were patiently waiting. For the impatient ones who constantly bugs the couple, please head elsewhere for your breakfast/lunch if you are not able to see that there’s only one Mr Mohgan kneading and flipping the pratas, and one Mrs Mohgan taking orders, washing the plates and preparing your curry. All in all, this is a hawker legend that does one of the best pratas in Singapore. _________________ Mr and Mrs Mohgan’s Roti Prata Address: 300, Joo Chiat Road, Tin Yeang Restaurant, Singapore 429356 _________________ #hawkersg #hawkerfood #sghawker #jiaklocal #burpple #burpproved #foodie #foodspotting #foodporn #foodlover #foodstagram #foodphotography #foodiegram #foreverhungry #instafood #igfood #igfoodies #onthetable #whati8today #buzzfeedfood #aworldtoeat #burpplesg #sgfood #sgig #sgfoodies #instafood_sg #instasg #setheats #singaporeinsiders #hungrygowhere

Since I was in the neighborhood, I decided to check out Mr. & Mrs. Mohgan’s new outlet. The prata was crispy and less greasy than how I remember it. However, I found it a bit too salty. One bonus is that this kopitiam is spacious and airy. It makes the waiting bearable.

The stall apparently still has their famous S$1 prata as well.