There's no way around it  — it sucks to get molested.

And unfortunately, it happens quite a lot, even (or especially) in crowded areas like public transport:

But women are getting increasingly determined not to let the molesters get away with it, even if they are sometimes afraid of speaking out:

Sadly, on the morning of May 20, one Louisa Lee was allegedly molested during her morning commute.

While she did not go into details of the alleged molest, Lee wrote that she shouted and asked for a police report to be made.

When called out by Lee for his actions, the man reportedly panicked and asked the driver to open the door.

He even knelt down and admitted to have another molestation case, Lee claims.

However, Lee wrote that the alleged molester started getting aggressive afterwards, apparently even "scolding" her.

But the other passengers stood up for her and scolded him, as did the bus captain.

Lee then alighted the bus to get away from him, and took a couple of photos: 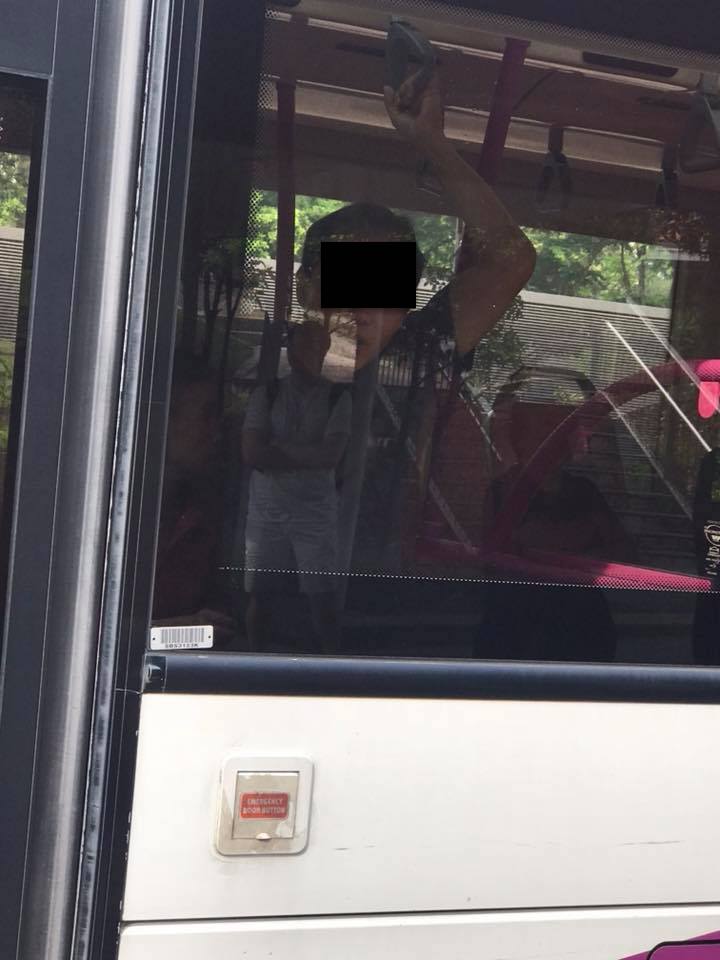 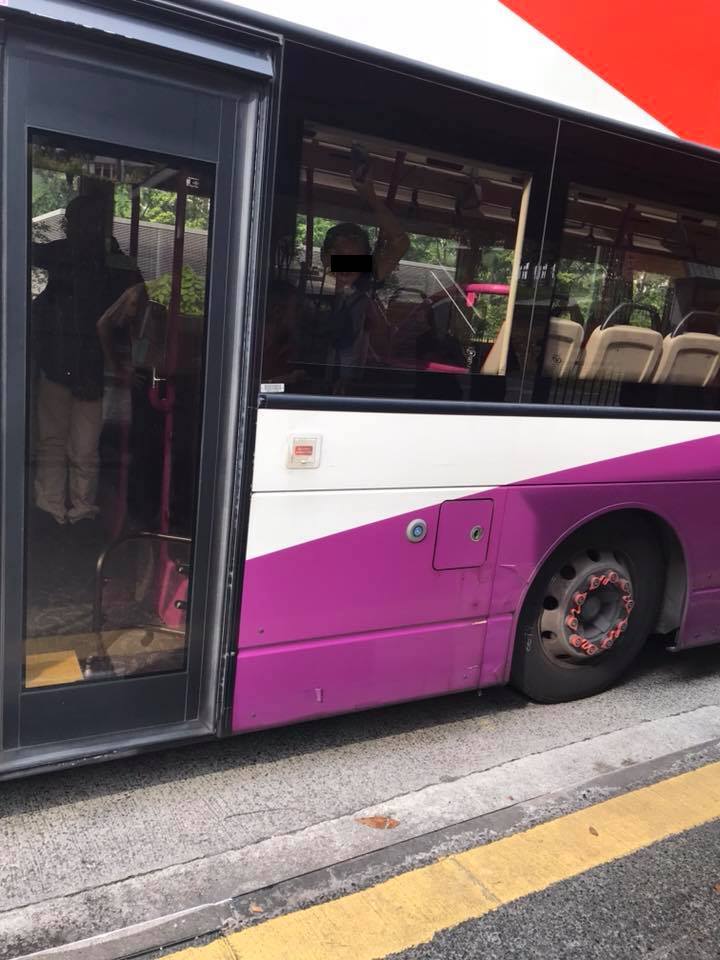 In an update on May 23, Lee elaborated that the alleged molester was arrested on the day of the incident, and is currently warded in IMH (Institute of Mental Health).

The IO (investigating officer) also informed Lee that the man indeed had a history of molestation, but the previous case was closed and he was let off with a warning.

Lee is currently waiting for charges to be taken against him, as there is a witness as well as evidence from the CCTV footage.

Also, it appears that what the woman was wearing (or not wearing, for that matter) in such cases is still relevant to some men: 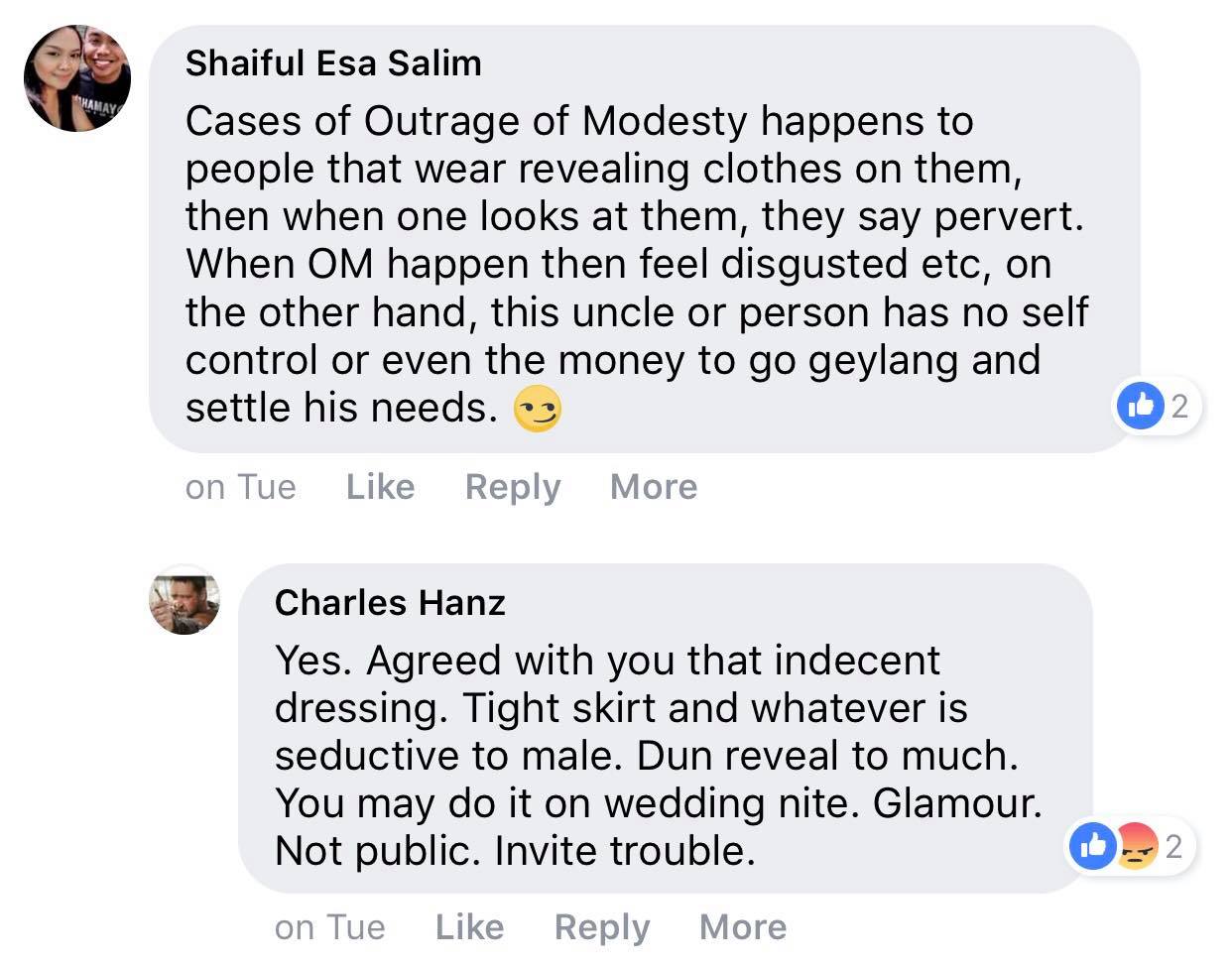 In response, Lee even bothered to clarified that she was "fully covered" when the incident occurred. 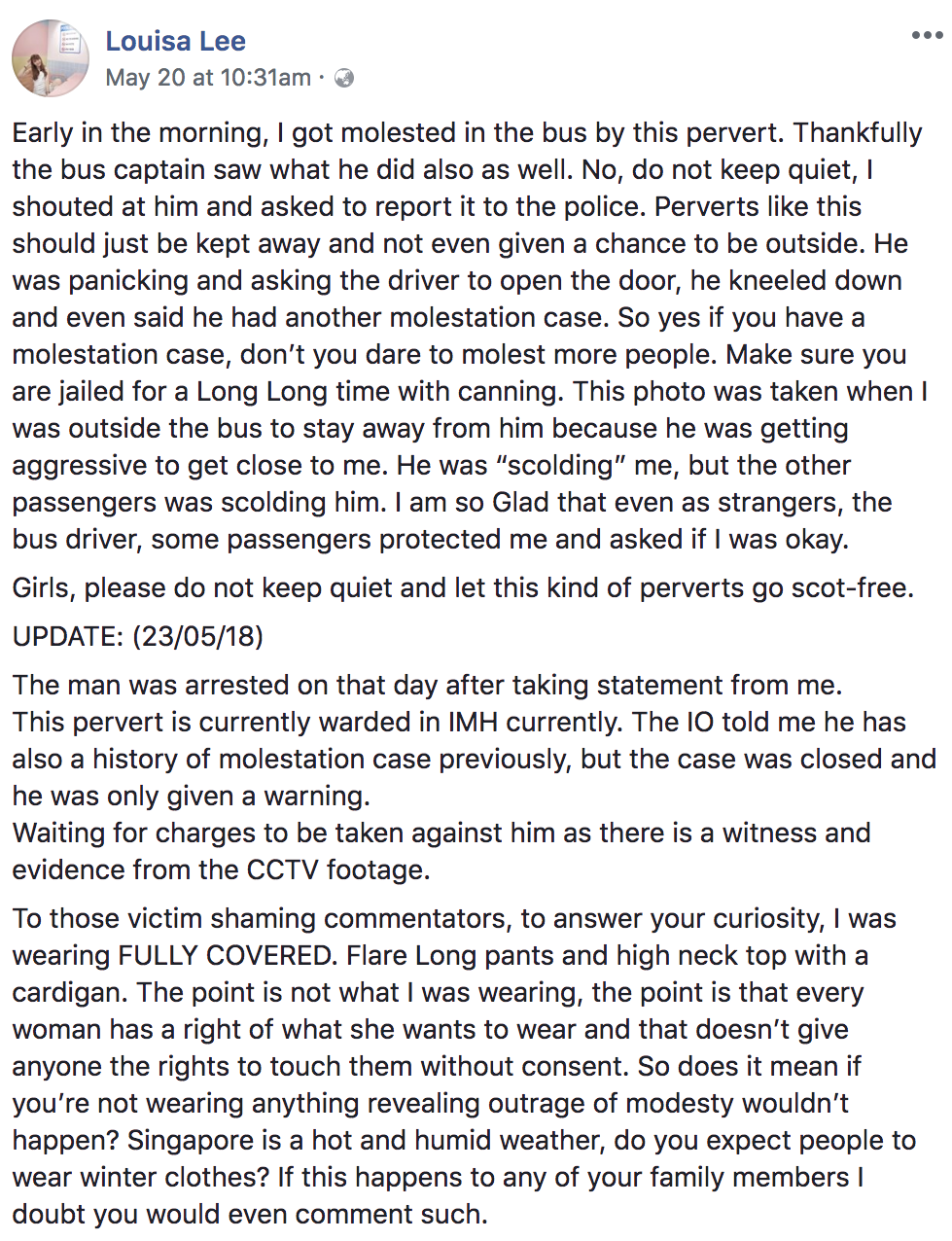