In the most lovely Snow White-like fashion ever, one guy in Singapore befriended the friendliest crow that could have landed on anyone's HDB flat kitchen window. While most birds might be scared away once you get close to it, this particularly fluffy crow was adorably tame.

The man who posted the video, Burnard Seow, was even able to slowly approach the friendly crow as it lowered its head to be stroked on its head and beak. 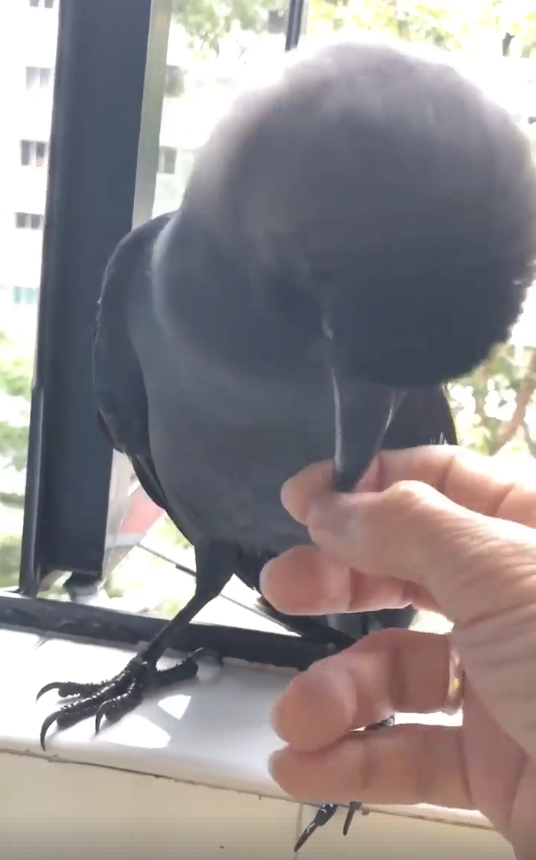 As Seow realised that the crow was eyeing the dustbin in hunger, he gave the crow a small piece of banana with water, before it took its leave. 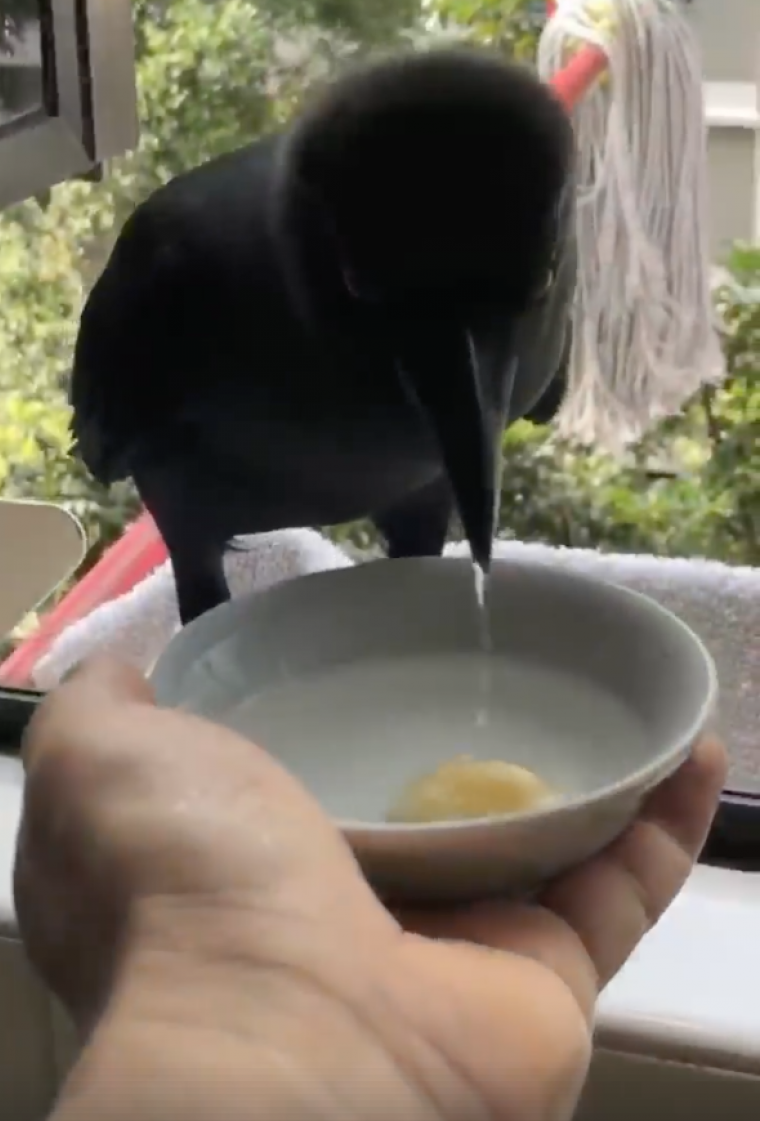 That wasn't goodbye for long, however, as the crow has returned to his house at least five times since their first encounter.

Interestingly, Seow listed on his profile that he works for Wildlife Reserves Singapore.

Not all crows are friendly

Of course, as with all wildlife, including crows, not every animal is this friendly.

In the case of crows, you may accidentally find yourself fending off some angry birds if you get too close to their young, especially fledging season around May to June.

Some may also defend themselves if they spot you walking into their territory, or any other way you might have offended them by accident.

One woman in Singapore was injured by a crow and had to be sent to Changi General Hospital due to lacerations that were left on her head.

It doesn't help that crows are extremely clever and can remember faces too.

But of course, if you meet such tame and well-tempered crows, they have likely been raised and domesticated or used to human contact, as suggested by Seow's comment.

In any case, this is not that far off from a Disney moment, with many envious of Seow's newfound feathered friend.