A 172cm adult claimed to have had the fright of her life.

This was after she entered the newly set up suspended net playground ball pit in City Square Mall at Farrer Park.

Video of her struggling

A Feb. 3 video the parent shared on Facebook showed her shouting for help, with hands flailing in the air, as she was completely submerged inside the ball pit.

She sounded as if she was in distress.

Together with her in the pit at that time appeared to be three other children -- one of whom is her child -- who were completely submerged in the ball pit as well, with their heads partially breaking the surface from time to time.

How did it happen?

According to the Facebook post, the parent braved her fear of heights to accompany her son to enter one of the pits, which, in total, occupied three separate floors.

While inside the ball pit, the parent lost her balance and fell backwards. She was unable to find her footing on the net as a result, and was also unable to push herself above the balls.

Her son was stuck inside and had trouble navigating as a result of a lack of firm footing.

And when she shouted for help, which she could be heard doing repeatedly, no one came to her aid.

Subsequently, only with the help of another person was she able to stabilise herself.

She pulled her son out with two other kids, aged between six and eight, who were in the pit alone.

The parent said her height is 172cm.

The video of the incident was taken by her helper. 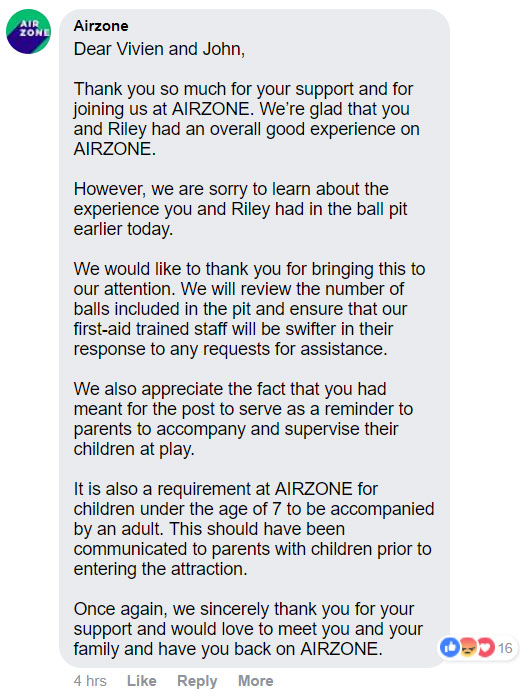 AirZone said it will review the number of balls inside the pit and ensure that first-aid trained staff will be swifter in their response to any requests for assistance.

In previous reports before the playground opened to the public, AirZone had emphasised that first-aid trained personnel will be on-site to render assistance at any time.

In subsequent comments on the Facebook post, the husband and wife duo clarified that the overall experience was not that terrifying and that the public's comments in response to the video appear to be overreactions: 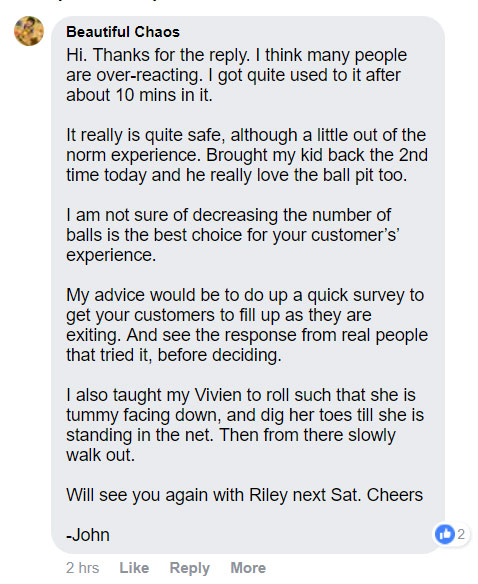 Moreover, the family further clarified that they will be bringing the children for repeated visits.

This is so as the children have acquainted themselves with the experience of the playground and it is a matter of getting used to it.

From past photos of the way the nets have been set up, it is clear that the middle of it will experience the most sagging, compared to the edges. 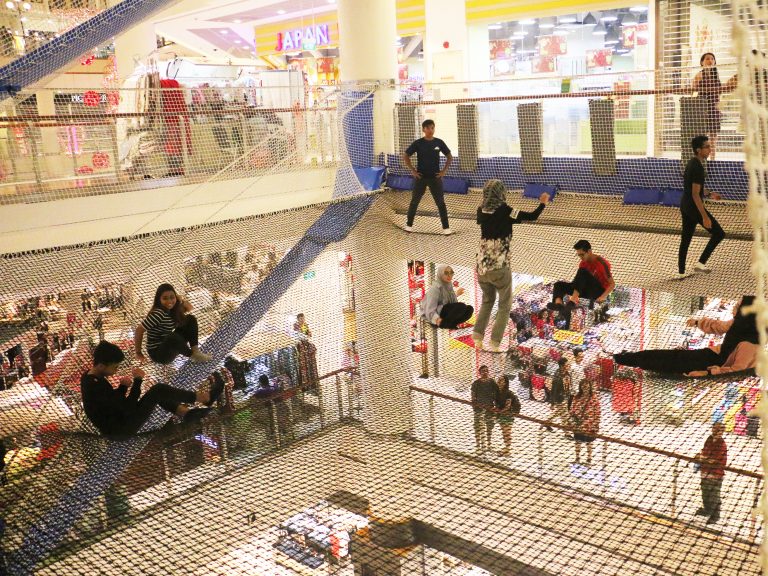 This would explain why the balls would accumulate towards the centre of the net, making it "deeper".

From the video, it is apparent that the parent was closer to the centre than the edge, which would explain why she was "submerged".