The world's first suspended playground announced that it was coming to Singapore in late December:

And it has now officially opened in City Square Mall. 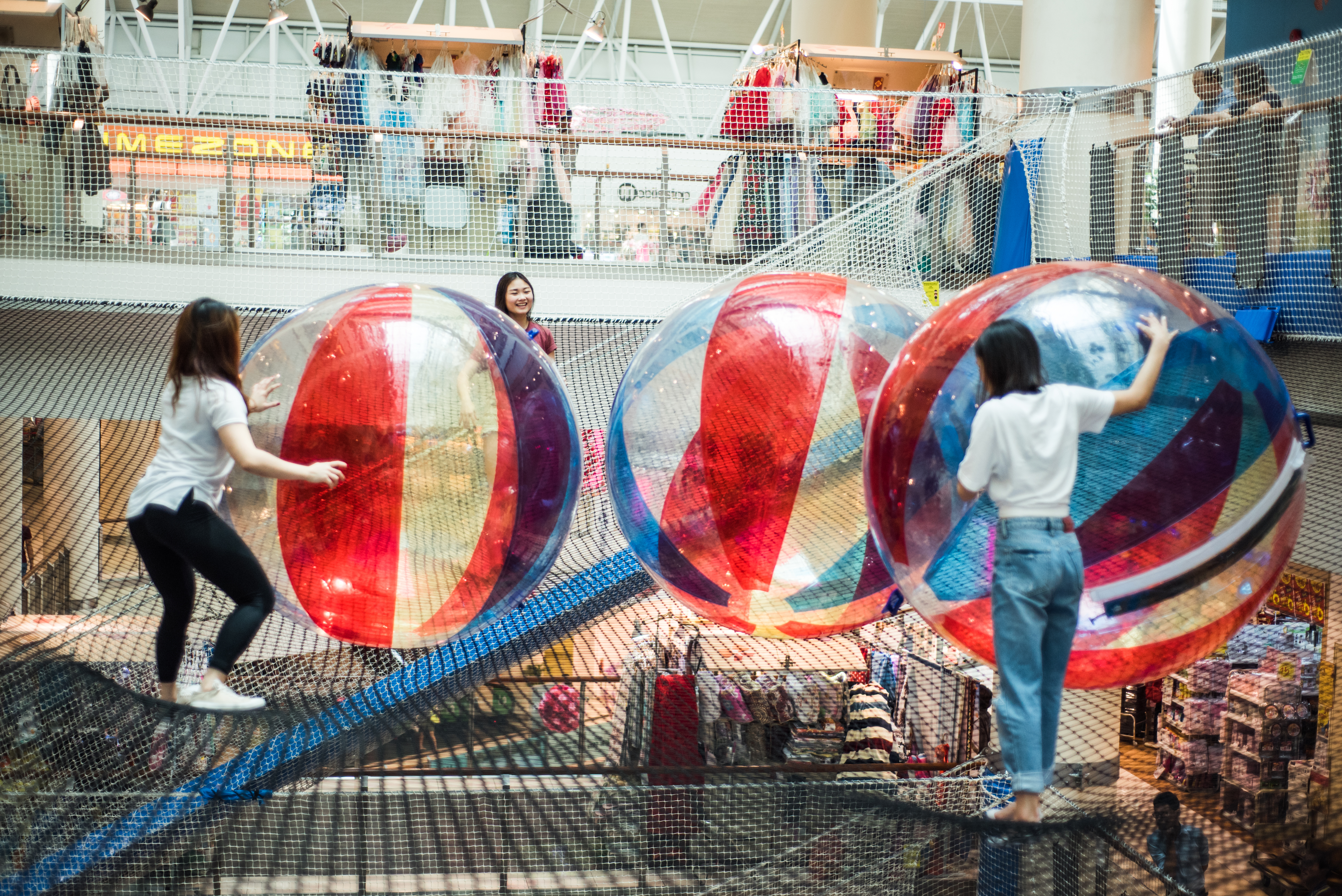 Besides staples like the suspended ball pit, giant Zorb balls, an obstacle course and a giant slide, AIRZONE aims to introduce new activities to at least one level of the nets every six months. 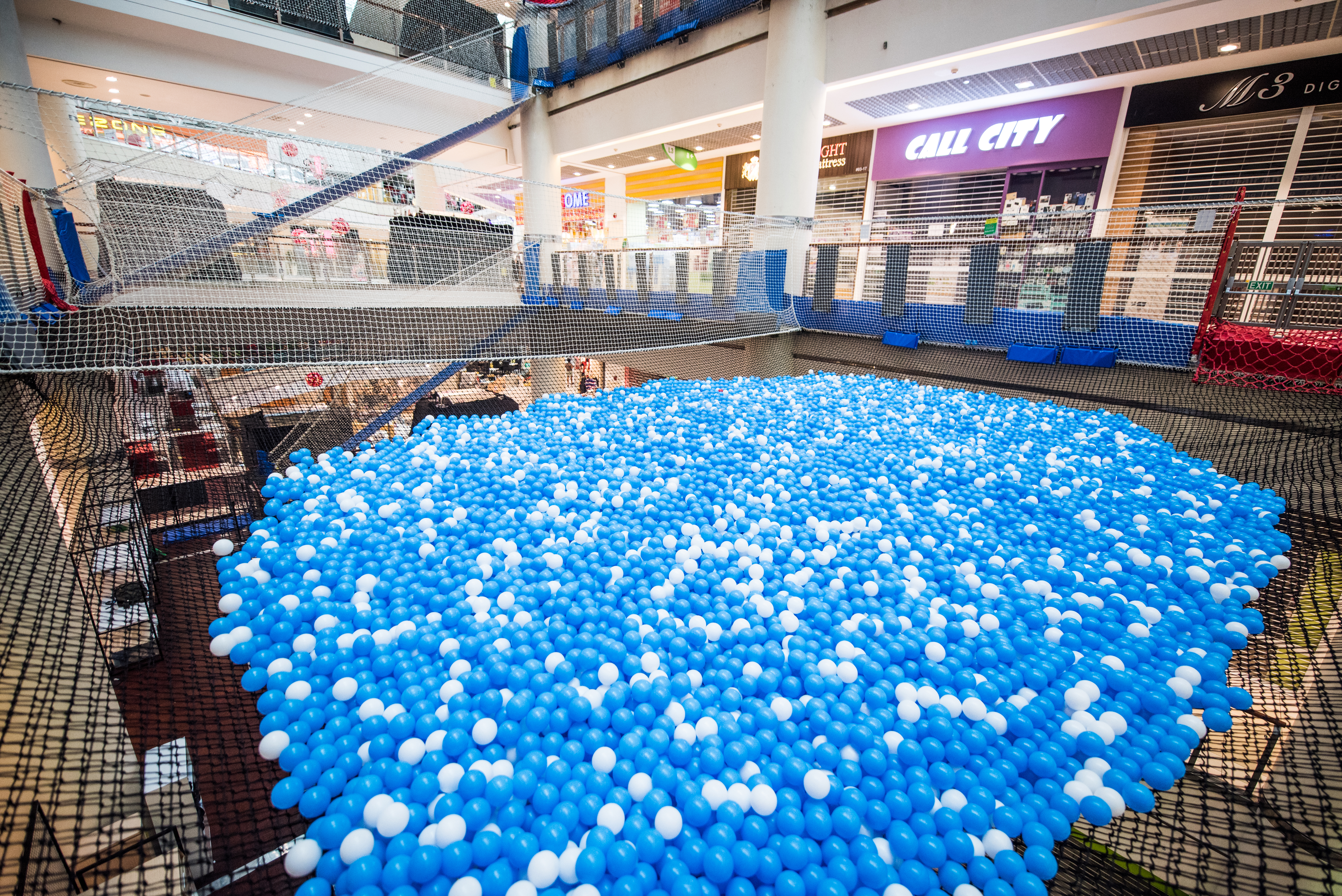 Not gonna be cheap

Prices start from S$20 for a 30-minute session, which is the minimum.

Otherwise, there's also a four-session pass (two hours) for S$65, which saves you S$15. This pass is only applicable for Singapore citizens, permanent residents, and pass holders. 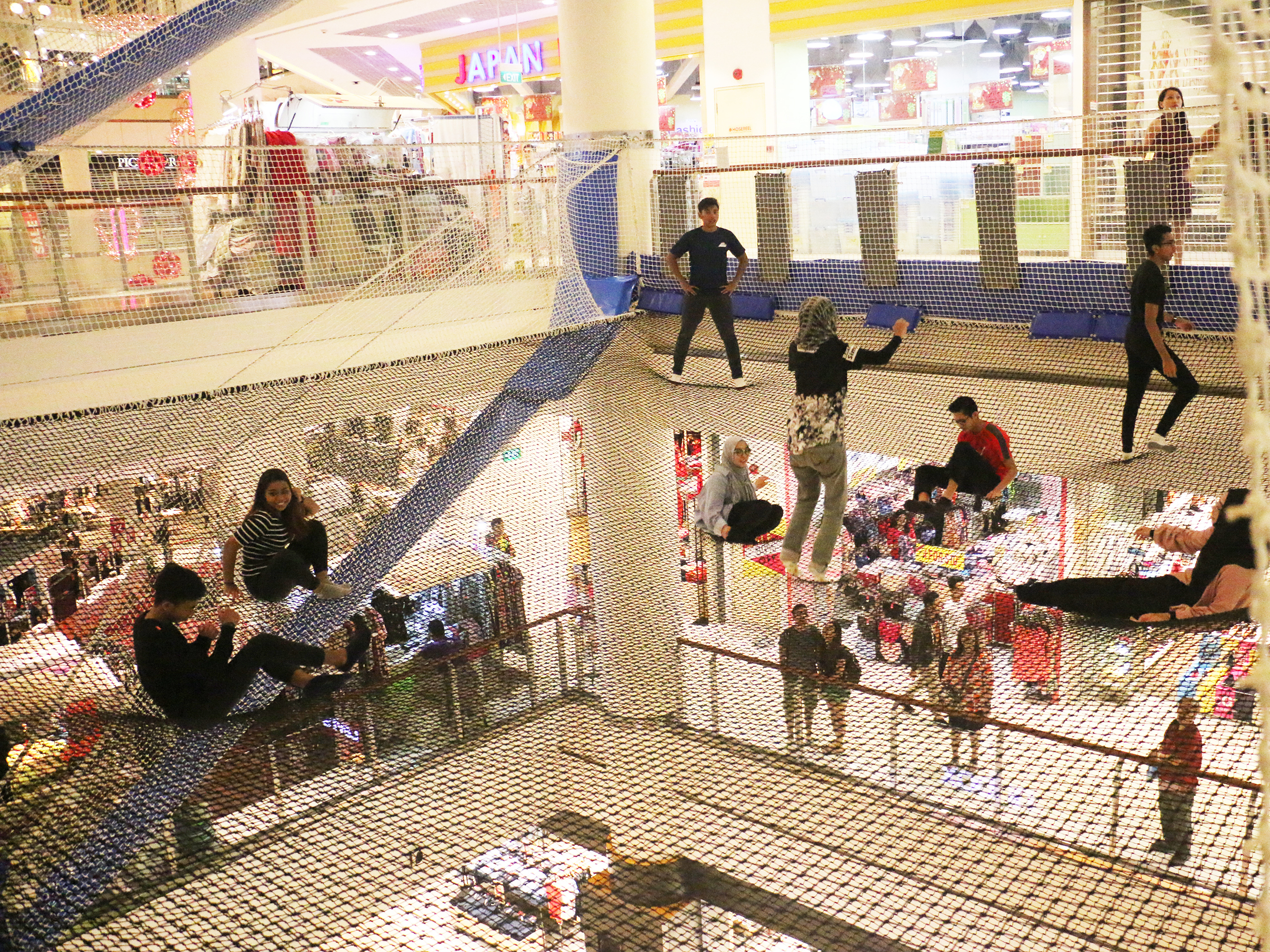 You can also book a slot in advance online at S$18 per session (a soft launch special). However, only slots from Jan 26 - 31 are available for booking at the moment.

Tickets include locker hire (depending on availability) that come with a charging port.

A maximum of 60 people will be allowed on AIRZONE at any one time, with about 20 people per level. There is also a maximum allowable weight of 120kg for each individual participant.

At all times, staff who are trained in first aid will be present. The netted structures, organisers claim, are strong enough for two fully-laden Singapore passenger buses to be suspended from.

Participants are also advised against wearing skirts into the play area, and food and drinks are also not allowed. 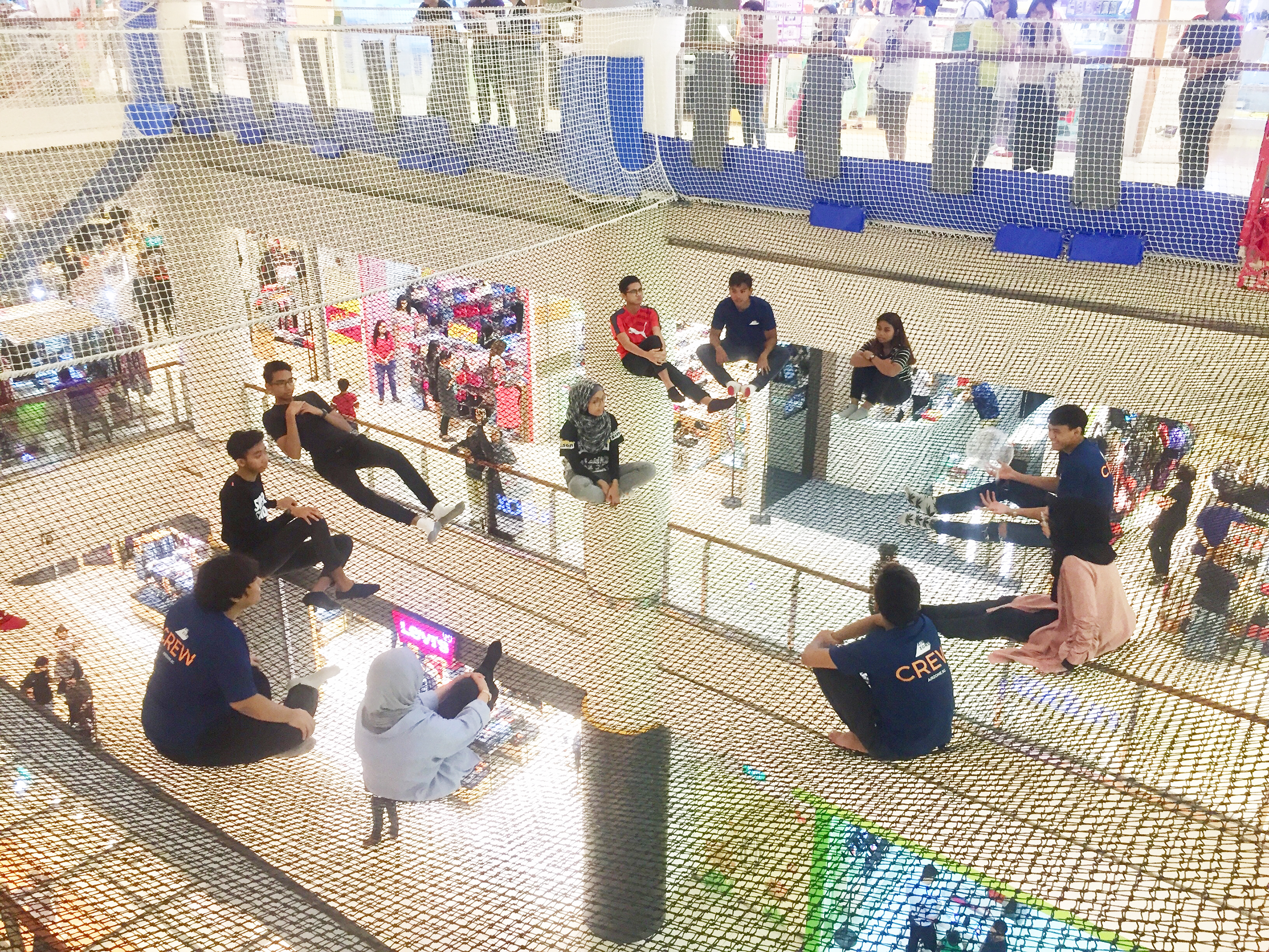 Additional pro-tip: Bring your own socks.