By now, Fantasy Desserts -- a dessert shop in Orchard Gateway -- should be a familiar name.

Familiar because they threatened to sue a customer, Celena Ho, and actually followed up by sending her a lawyer's letter, no less:

Now, the customer is demanding that Fantasy Desserts withdraw their cease and desist letter, as well as publish a retraction and apology to be displayed on their social sites and shop front for 14 days: 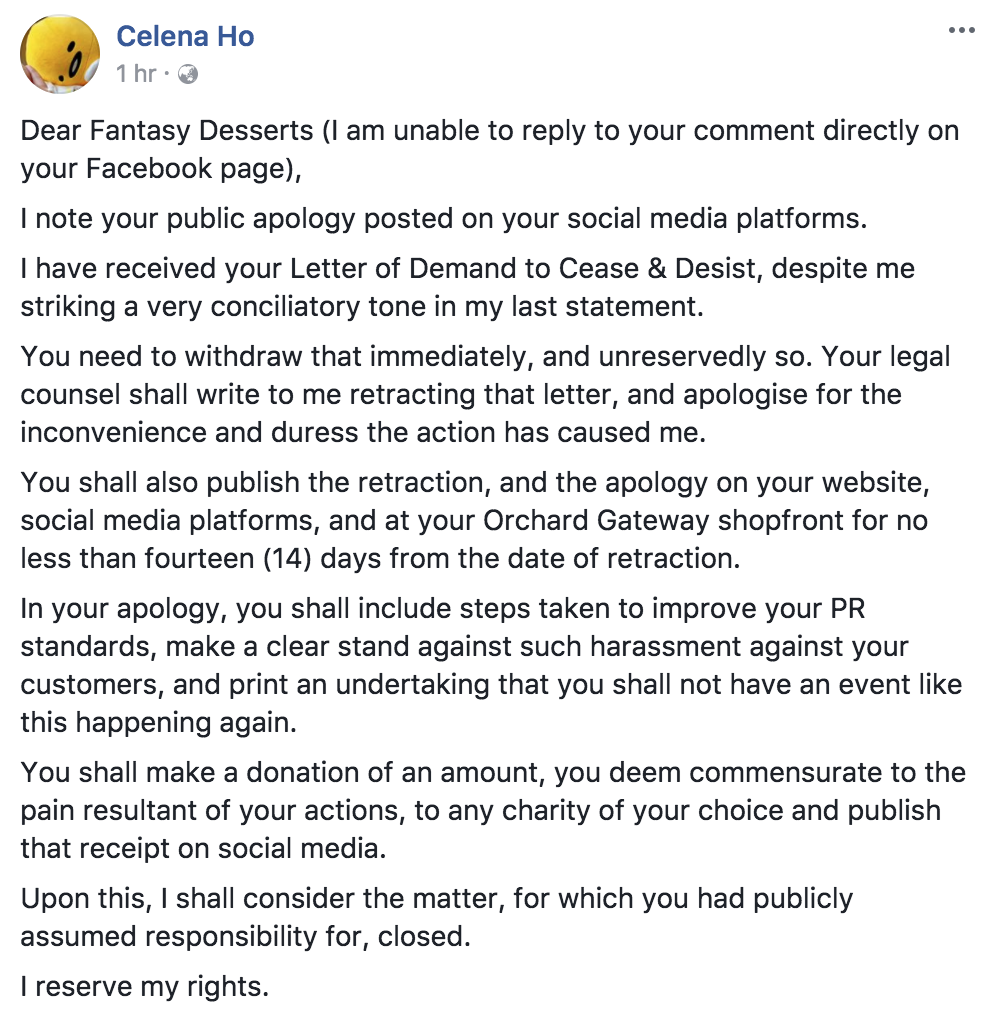 This follows the fact that Fantasy Desserts has apologised to Ho and the public on their Facebook page:

Ho also demanded the dessert shop make a donation of any amount, as compensation for pain caused, to any charity of the shop's choice and publish the receipt on social media.

It is also worth noting that her Facebook profile and original post, which are both accessible to the public at the moment, were previously removed.

And now, people of the Internet await Fantasy Desserts' response.