Many of us might have never seen a samsui woman in the flesh, but these ladies were once the backbone of our developing infrastructure, just like the transient workers who build our country today. Too many male Chinese immigrants

The first wave of Chinese immigrants who arrived in Singapore in search of a new life were largely male.

Over the years, the sex ratio in Singapore became overwhelmingly skewed towards males, such that by 1928, the colonial government introduced immigration controls to limit the number of male Chinese immigrants into Singapore.

Furthermore, the Great Depression in the 1930s caused widespread unemployment in Singapore, forcing the colonial government to further limit the influx of male Chinese immigrants. 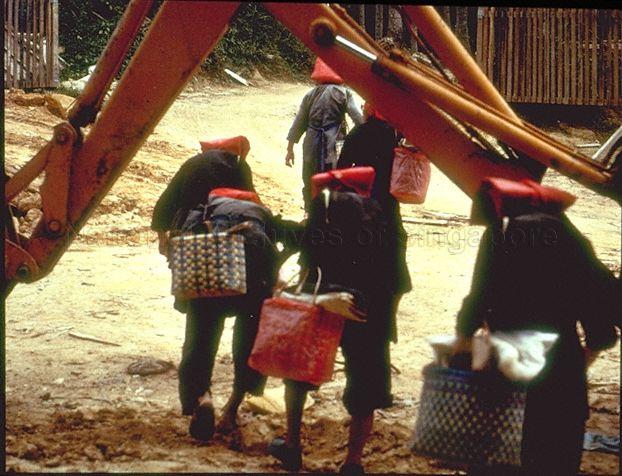 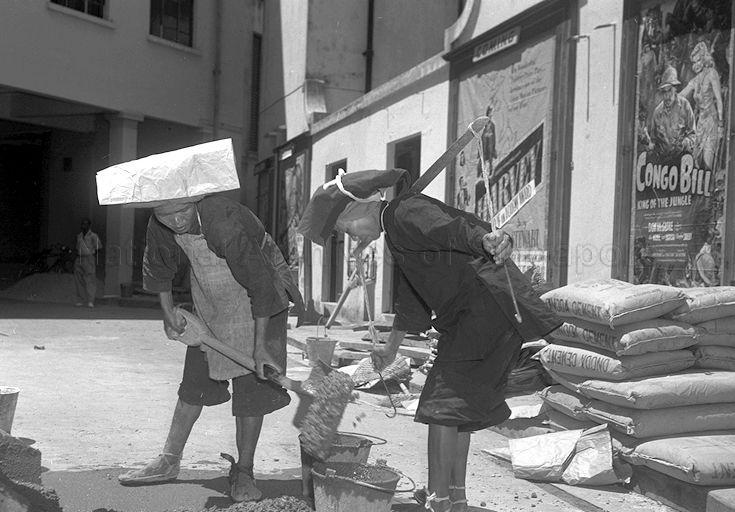 Life was a struggle for these women.

They usually had to pay recruiters (via a year-long debt) to help them arrange for transport to and accommodation in Singapore.

Many of them left China in the prime of their youth, between 18 and 20, and had to rely on fellow samsui women to get by.

Once here, they often congregated together in Chinatown and stayed in cramped lodgings within shophouses, not unlike the bad living arrangements of today's foreign labourers.

Most of these women went on to find work as general labourers on construction sites, carrying building materials and digging soil. Some found work as domestic helpers (also known as amahs). Others went to work in tin mines and rubber estates.

Thriftiness was the order of the day, since the women's priorities were to earn money to send back to China. Meals were sparse - often plain rice and pickled or fresh vegetables. Damaged clothes and footwear were mended multiple times.

Because they arrived here in their youth, many devoted their time here to working hard here and remained single although some adopted children and godchildren.

Samsui women donned an iconic red headdress from which was derived their other name -- 红头巾 (red headdress).

The bright red enabled them to be visible on busy and dangerous construction sites.

In addition their red headdress, they'd also don a black/blue blouse and pants set called a samfoo which did not stain easily. 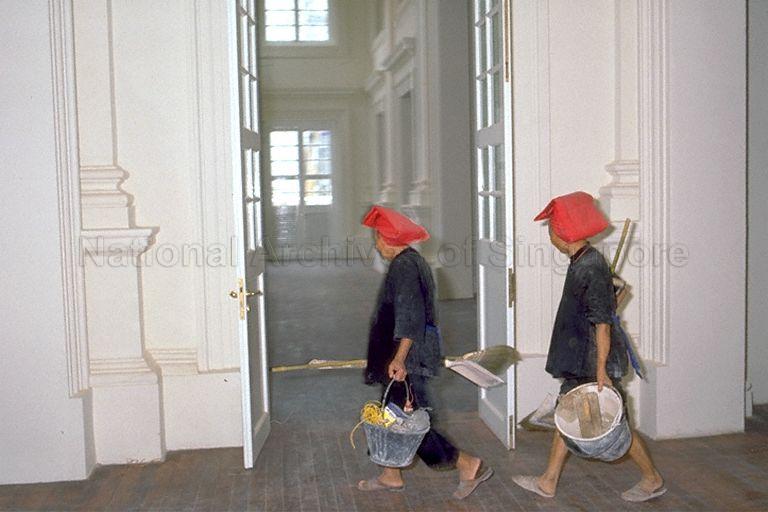 Many samsui women continued to work in Singapore after we gained independence. However, as more construction jobs were mechanised, the need for samsui women diminished.

Many were also relocated to housing estates like Bukit Merah and Tiong Bahru. 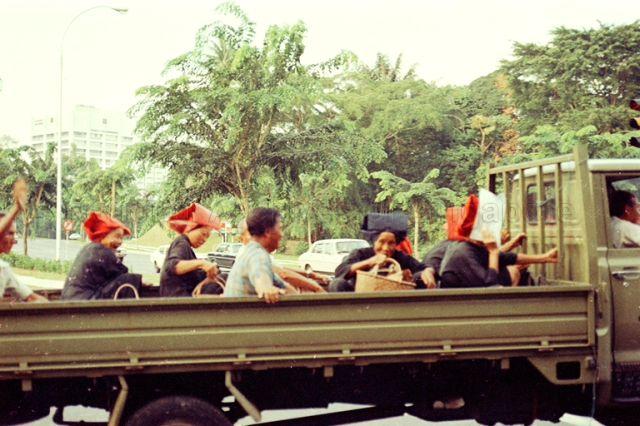 Despite the diminishing job opportunities in later years, many samsui women chose to stay on and made Singapore their home.

But life wasn't easy for them, with many working well into their 70s.

By 2014, it was estimated that there were only two samsui women left in Singapore; both of them lived alone in one-room rental flats.

Even though they are no longer seen at construction sites around Singapore these days, we should not forget how samsui women literally built the Singapore we know.

All images via NAS.