It was one of the major topic points brought up in Lee Hsien Loong’s National Day Rally speech.

In it, the PM talked about how Singapore should accelerate the adoption of cashless technology.

He announced a new centralised cashless scheme by Monetary Authority of Singapore called PayNow and said he looked forward to paying for his hawker center food with PayNow.

PM Lee also gave an anecdote about how Lim Swee Say’s purchase of chestnuts at a roadside stall in China led to him feeling rather suaku, which roughly translates to feeling behind the times, or like a country bumpkin.

But one Singaporean, Lim Jialing, who runs an online chocolate shop, sought to explain why the cashless crusade might not work as well for Singapore as it did in China.

In it, he highlighted three major stumbling blocks for Singapore adopting cashless transactions, as it is now.

Lim compared the charges associated with each transaction, and highlighted how much higher it is in Singapore than in China.

This is a tiresome broken record as they fail to mention that the credit card industry in China has been reined in, especially by their charges per transaction.

Each transaction there has been 0.35% for a debit card, or 0.45% for a credit card. In Singapore, its 2.5%-3%, with online merchants charging 3.4% and a $0.50 admin fee (for Stripe). Paypal does 3.9% per transcation. These are costs set by the local banks here, and online payment portals have to follow the costs or local merchants won’t be getting any payouts from any purchases made.

He also focused on the unnecessary steps currently associated with cashless transactions.

Linking bank accounts is not enough, as what Paynow is trying to achieve. Most Alipay users link their credit cards to their wallets, rather than the longwinded process of topping it up using their bank accounts. Sure, it might be a few clicks, and is really not a hassle once you get used to it, but every second counts when it comes to cashless payments.

I have been an adopter of DBS Paylah! since its inception, and every month I have either one or zero payments made by bank transfer. It is just extremely tedious, requiring both merchant and customer to confirm that payment is made. This problem has not changed even with Paynow.

It has enabled local banks and their various competing apps to “talk” to one another, but if a transfer from DBS to UOB is made, you still have to log in to your ibanking account to see that the transfer is reflected. There is no SMS or message that assures you that payment is made. 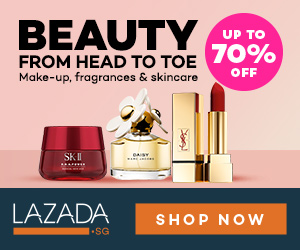 While larger companies will have no problems handling the technological shift, the cost incurred might be harsh for some.

Larger merchants of course have lower fees and costs in terms of adopting cashless. They have the capital and the economies of scale to make cashless payments work viz their profits. However, ubiquity is not led by large merchants.

it’s when small-time players like me are able to roll out cashless payments without smarting.
It’s for hawkers to be able to get a cashless payment unit without the monthly rental charges for it, and the exhorbitant fees that are incurred.

As an example, my credit card fees are equivalent to the costs I incur for providing free shipping above $200. Under China’s regulatory environment, I pay $0.90, rather than $8.30 using PayPal.

Which is basically a death sentence for some hawkers.

The math is very clear. It’s not about Singaporeans being obiang and cash-obsessed, or hawkers not being tech-friendly. When your margins are shaved by at least 3% whenever a cashless option is exercised, and that makes or breaks your margin, you’ll want people to make payment in cash. These essential regulatory steps will allow for an environment that encourages cashless payments.

Ending off with this rather pointed reference to Lim Swee Say’s chestnuts misadventure.

If not, Lim Swee Say can continue feeling Suaku for all I care. I’m not running a business for my government to feel cool. Cash will be king until banks accept a lower profit margin from credit card payments.