According to Lianhe Zaobao on Aug. 24, 2017, the Agency for Science, Technology and Research (A*STAR) has developed an artificial intelligence system that can swiftly search through online content, detect if the netizens' comments are sarcastic, and make more accurate analysis on their true sentiments.

This is to analyse what citizens truly think about the government.

Three government agencies are reportedly evaluating the system. If the results are favourable, the system will officially be launched next year to collate and analyse netizens' comments and reactions on public policy and other topics.

When the research team first started developing the system, they believed that "there is no existing major commercial sentiment analysis system or service that has this ability to detect sarcasm".

And they meant it seriously.

Last year, the team launched the SentiMo system with the Institute of High Performance Computing (IHPC).

It is a similar system that can analyse the public's opinions and weigh the gravity of the feedback.

The system is now used by three private firms to analyse netizens' reactions towards digital content and advertisements, as well as their feedback on medical services.

Now the team has developed the Crystalace, a system that uses artificial intelligence to better the technology's accuracy to analyse sarcasm.

Raj Gupta, one of the researchers of the team, explained in the interview with Zaobao that the system would recognise the characteristics of sarcastic comments, including grammar, social media speak and colloquialisms.

It will then automatically calculate how the majority of the public thinks and feels about the related issues. 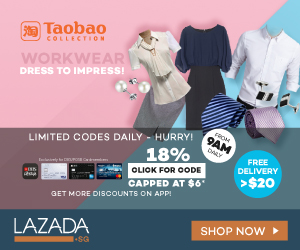 Refining and launching the system

"With such a sarcasm-detecting system, the overall analysis will be more accurate, with only a 4 percent chance of error. But even though this number is small, it is enough to influence the inclination of the analysed results. This matters a lot to organisations that highly value the public's opinion."

He also said that the team is now refining the system's detection and accuracy.

Moreover, he mentioned that the system will also be further developed to recognise Chinese and Malay languages. The enhanced version is said to be launched at the end of next year.

Assistant vice president of Exploit Technologies (digital technology department), Han Guanyuan, said that the detecting technology of the system is now mature, and they are processing the documents to apply for commercial license.

Exploit Technologies Pte Ltd is the technology transfer partner office for the commercialisation of A*STAR technology.

He added that three government agencies have also expressed interest in using the system.

However, it is not clear whether these three agencies are the ones currently evaluating the system.

If you're interested, you can try it for yourself at the official site of the Crystalace sarcasm-detecting system: 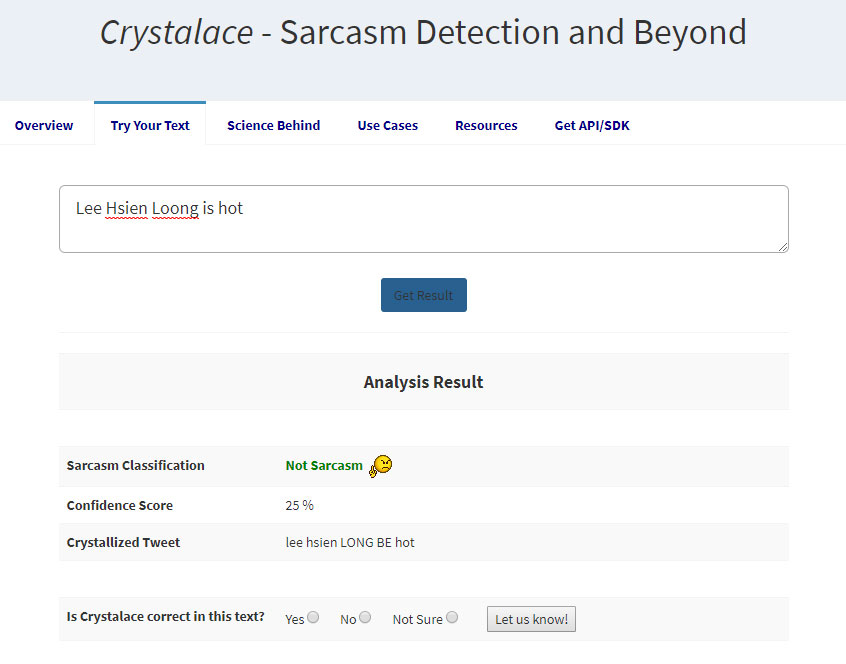