What if you could cheat death and fast forward your life to some time in the future when you'd have a better chance at immortality?

That was what a grieving husband, Gui Junmin from China's Shandong province did for his beloved wife, Zhan Wenlian, after she died of lung cancer on May 8.

After Zhan passed away, instead of going through a traditional cremation or burial, he sent her to the Shandong Yinfeng Life Sciences Research Institute for a 55-hour preservation procedure - all in the hope that she may one day be brought back to life.

On Aug 14, she was reported to be the first person in China to have her full body cryogenically frozen by state newspaper Science and Technology Daily.

For those who are curious, here are some interesting questions and answers:

When a person is declared clinically dead, a procedure will first be done to keep the body's blood circulating.

Next, the body will be injected with chemicals and packed in ice to prevent decomposition.

When the deceased's body is cooled to slightly above 0°C, blood is drained out and replaced with solutions that preserve body organs and stop ice crystal formation.

At this point, the body will be cooled to -130°C. The final step is then to store the body in a 2,000-litre tank of liquid nitrogen and be kept at a temperature of about -196°C. 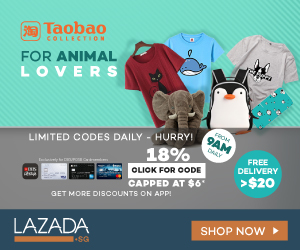 2. Is the technology new?

Many cases of cryopreservation, the process of preserving the body or other bodily components at low temperatures, have been performed successfully since the 1960s.

What about resurrection? That's not guaranteed. But if you don't sign up for cryopreservation, your chances of that are zero.

In China, it costs at least $2.05 million yuan (S$419,000). But for the Zhan's case, her fees were fully paid through funds that were established to test the viability of market expansion in China since she's the country's first attempt at the procedure.

Gui has already made plans to freeze his body when he dies to "accompany" his wife as they both await a better, more technologically-advanced future.