It is not uncommon to see tourists (especially angmoh ones) trying out durians for the first time in Singapore.

Their reactions often involve cringing at the fruit's smell and devouring it in an agonising fashion, with their friends, stallholders, and others looking on in amusement.

Durians in Singapore and the region

The King of Fruits is quite an enigma to those who live outside the region. And it has been so throughout history.

Alfred Russel Wallace, the famed British naturalist who co-discovered the theory of evolution with Charles Darwin, wrote about the fruit when he came to Singapore and the region from 1854 to 1862. 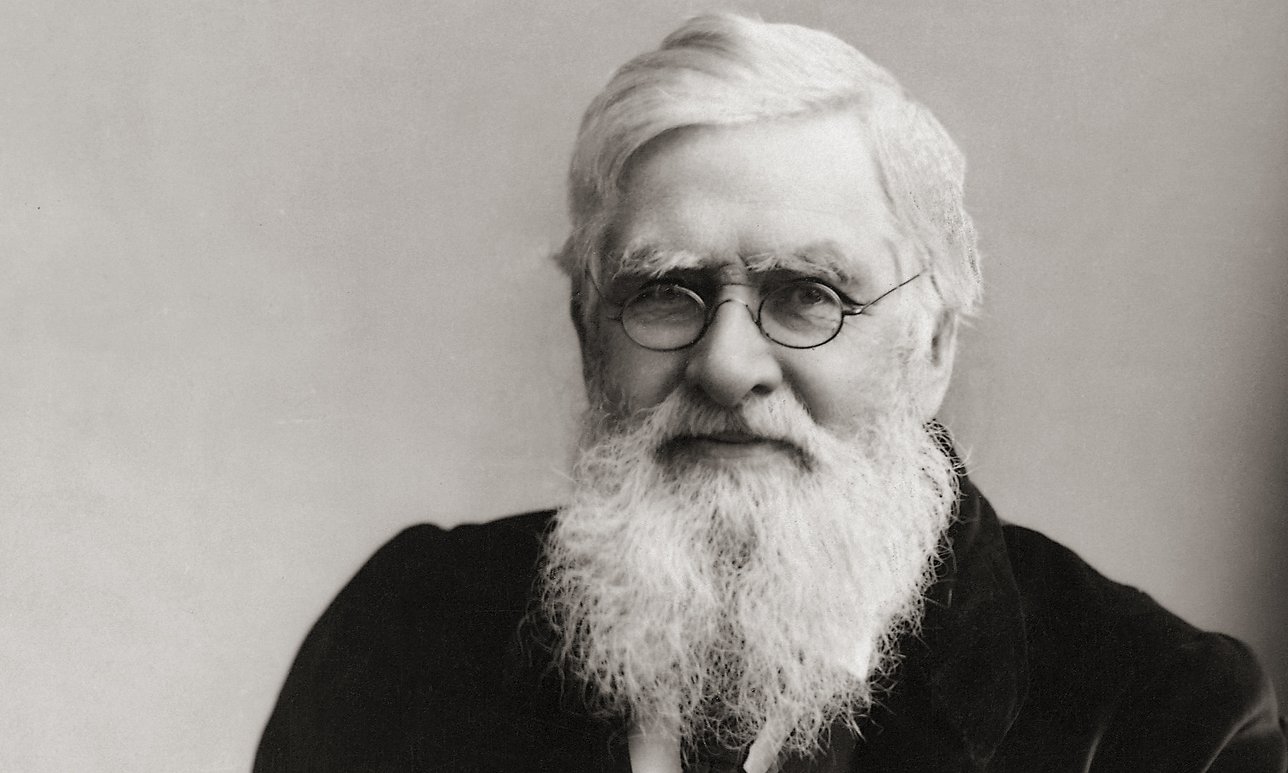 So, here is an angmoh guy influencer's review of the durian in the 1800s.

Like any good traveller, Wallace did his research by reading past reviews of the fruit by other angmohs

"The old traveller Linschott, writing in 1599, says: 'It is of such an excellent taste that it surpasses in flavour all the other fruits of the world, according to those who have tasted it.' And Doctor Paludanus adds: 'This fruit is of a hot and humid nature. To those not used to it, it seems at first to smell like rotten onions, but immediately they have tasted it they prefer it to all other food. The natives give it honourable titles, exalt it, and make verses on it.'"

If you ever had to write a description of an unopened durian in proper English, this is how it's done

"The Durian grows on a large and lofty forest tree, somewhat resembling an elm in its general character, but with a more smooth and scaly bark. The fruit is round or slightly oval, about the size of a large cocoanut, of a green colour, and covered all over with short stout spines the bases of which touch each other, and are consequently somewhat hexagonal, while the points are very strong and sharp. It is so completely armed, that if the stalk is broken off it is a difficult matter to lift one from the ground. The outer rind is so thick and tough, that from whatever height it may fall it is never broken. From the base to the apex five very faint lines may be traced, over which the spines arch a little; these are the sutures of the carpels, and show where the fruit may be divided with a heavy knife and a strong hand."

Of course, Wallace could have just saved all those words with a single picture, but cameras were huge and bulky things in those days, and the next best thing was to draw, which might've taken time and effort too.

"The Durian is, however, sometimes dangerous. When the fruit begins to ripen it falls daily and almost hourly, and accidents not unfrequently happen to persons walking or working under the trees. When a Durian strikes a man in its fall, it produces a dreadful wound, the strong spines tearing open the flesh, while the blow itself is very heavy; but from this very circumstance death rarely ensues, the copious effusion of blood preventing the inflammation which might otherwise take place. A Dyak chief informed me that he had been struck down by a Durian falling on his head, which he thought would certainly have caused his death, yet he recovered in a very short time." 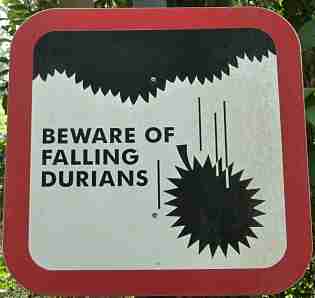 "There are in the forest two varieties of wild Durians with much smaller fruits, one of them orange-coloured inside; and these are probably the origin of the large and fine Durians, which are never found wild."

If Wallace is alive today, he might be shocked by the various types of durians available. 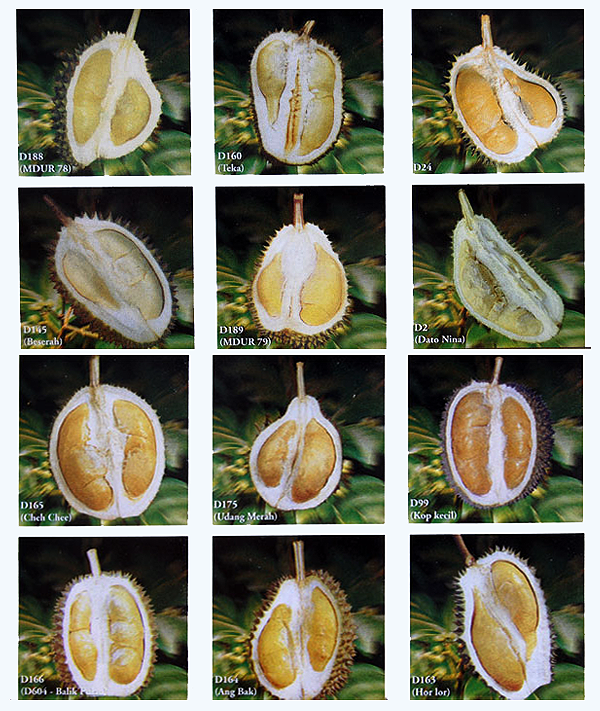 How to enjoy your durian

"When the fruit is ripe it falls of itself, and the only way to eat Durians in perfection is to get them as they fall; and the smell is then less overpowering. When unripe, it makes a very good vegetable if cooked, and it is also eaten by the Dyaks raw. In a good fruit season large quantities are preserved salted, in jars and bamboos, and kept the year round, when it acquires a most disgusting odour to Europeans, but the Dyaks appreciate it highly as a relish with their rice."

That's a pretty accurate observation on how durians should be eaten raw.

"When brought into a house the smell is often so offensive that some persons can never bear to taste it."

"The five cells are satiny white within, and are each filled with an oval mass of cream-coloured pulp, imbedded in which are two or three seeds about the size of chestnuts. This pulp is the eatable part, and its consistence and flavour are indescribable. A rich butter-like custard highly flavoured with almonds gives the best general idea of it, but intermingled with it come wafts of flavour that call to mind cream-cheese, onion-sauce, brown sherry, and other incongruities. Then there is a rich glutinous smoothness in the pulp which nothing else possesses, but which adds to its delicacy.It is neither acid, nor sweet, nor juicy, yet one feels the want of none of these qualities, for it is perfect as it is."

"It produces no nausea or other bad effect, and the more you eat of it the less you feel inclined to stop. In fact to eat Durians is a new sensation, worth a voyage to the East to experience."

"It would not, perhaps, be correct to say that the Durian is the best of all fruits, because it cannot supply the place of the subacid juicy kinds, such as the orange, grape, mango, and mangosteen, whose refreshing and cooling qualities are so wholesome and grateful; but as producing a food of the most exquisite flavour it is unsurpassed. If I had to fix on two only, as representing the perfection of the two classes, I should certainly choose the Durian and the Orange as the king and queen of fruits."

This 1800s angmoh influencer clearly has a personal preference for juicier fruits. Nonetheless, he does make up for his review with this line:

"...in Borneo I found a ripe fruit on the ground, and, eating it out of doors, I at once became a confirmed Durian eater."

This angmoh likes his durian.