In a world awash with freemium and where a sense of self-entitlement is strong, freelancers are made to work for little to nothing and usually promised exposure as if that is the most valuable currency.

Long story short: A makeup artist was recently asked over Carousell to provide makeup services for a couple for their second-year anniversary for free.

In return, the makeup artist is promised a full set of photos from the shoot in place of monetary payment.

The makeup artist put her foot down and firmly said no to this engagement right from the start, which by any other name, is essentially an unpaid "collaboration".

However, when the makeup artist explained and reiterated the problem of asking freelancers to do work for free, she was called "arrogant" in response.

Such attitudes towards freelancers and itinerant gig-seekers are not new.

In October 2015, a widely-shared incident of a Singapore F&B outlet seeking a live band to perform in return for “free electricity and aircon” as payment earned the ire of the local community.

You can check out the full conversation between the makeup artist and the person seeking her services here: 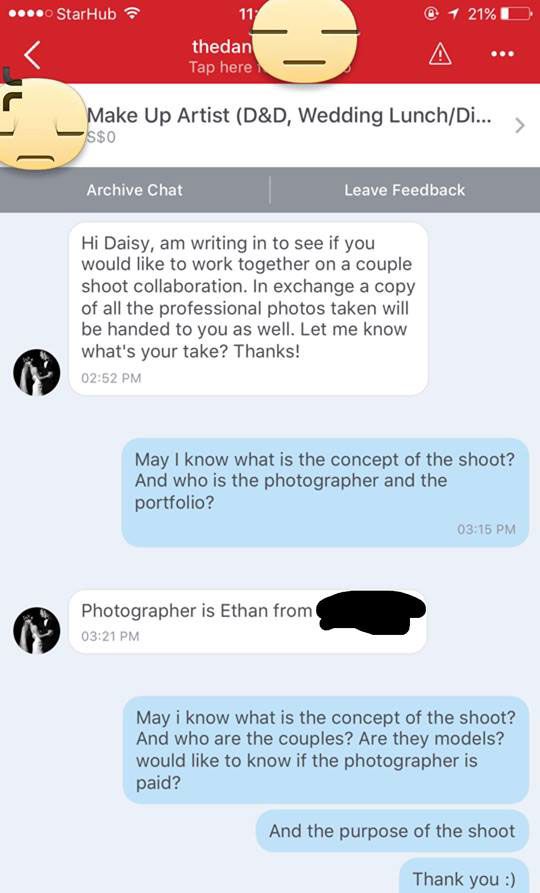 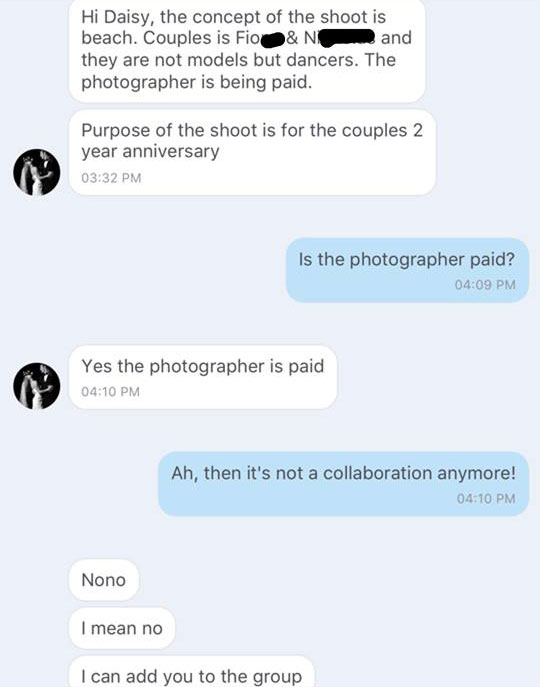 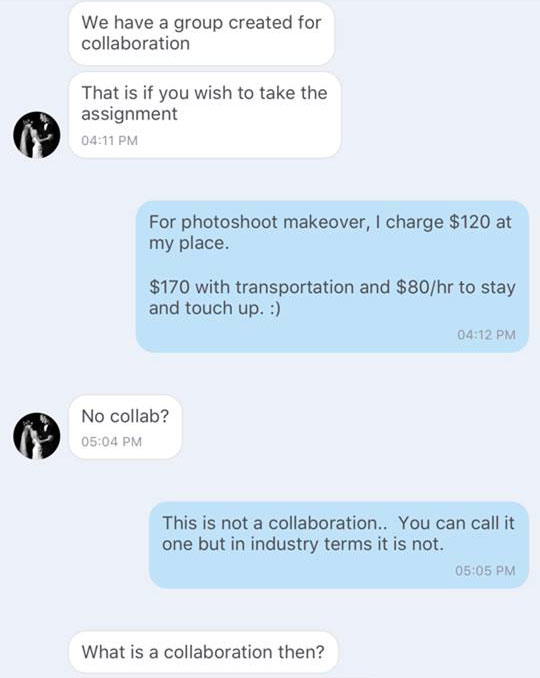 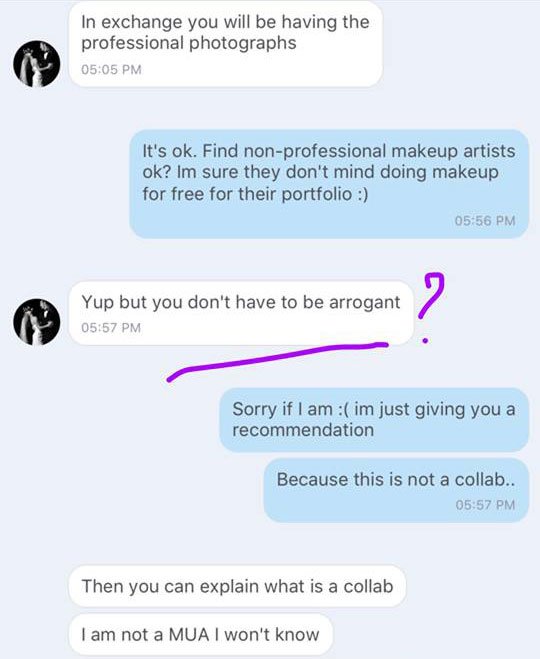 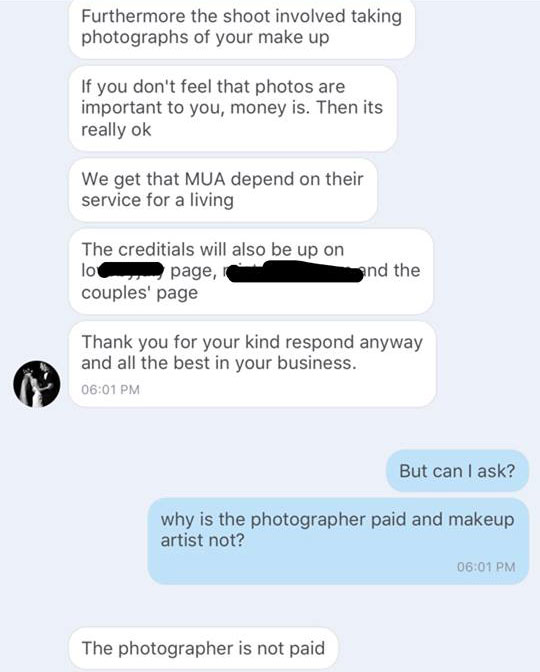 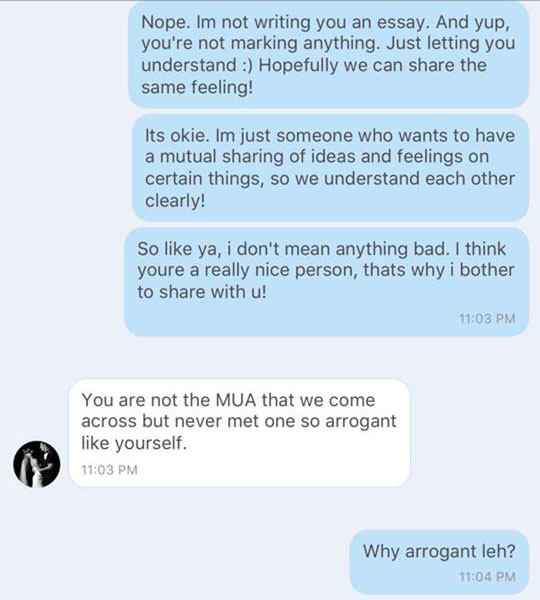 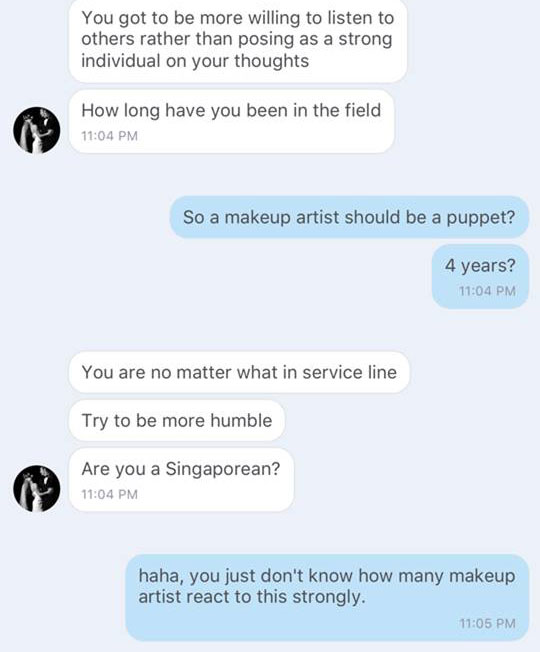 Here is a totally unrelated but equally interesting article: