Water has been a topic on every Singaporean’s mind since February this year. Water levels in Linggiu Reservoir, which supplements the Johor River where Singapore draws water from, have dropped drastically over the last two years due to the prolonged dry weather.

Also, Singapore’s first water agreement with Malaysia expired in 2011, with the second due in 2061. That leaves us with NEWater and desalination, which we will be largely dependent on in the future for a stable and lasting supply of water.

If you’re a concerned citizen, you would be using a mug while brushing, running the washing machine only on a full load, and have tightened all your taps to ensure not a single drop goes to waste.

But living in a city with easy access to water has drawbacks -- the convenience means you probably have some habits in your daily routine that wastes water. Chances are that you’re probably not aware of them either.

Here are some of the most common ways you’ve been wasting water, unknowingly.

You could be wondering what the heck this even means. Now, most washing machines rinse thrice. The first round releases soapy, dirty water, and the second and third rounds discharge relatively clean water -- definitely suitable for use around the house.

Of course, the water isn’t clean enough to wash dishes or mop the floor, but it can be used for flushing, to scrub your corridor , or even to wash the toilet.

Litres (potentially) saved: At least 12 litres. Or 36 and a half cans of water (one soft drink can is equivalent to about 330ml). 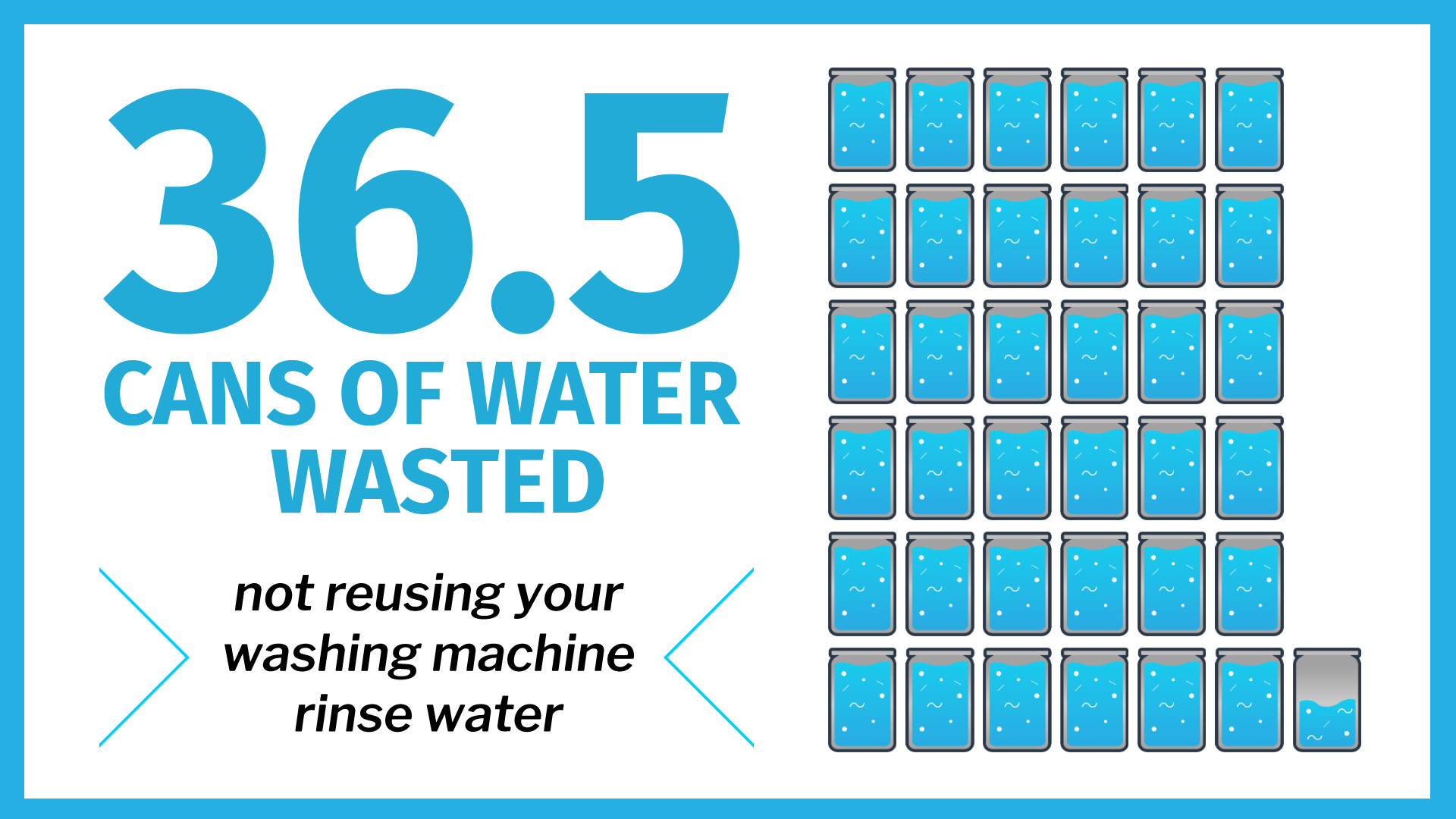 Think about it. Tons of Singaporean families cook rice at least once a day. Apart from being good for your skin, rice water can be used for everyday, mundane tasks that you don’t think too much about, like watering plants and soaking dirty dishes.

But why do we throw it away? Because it’s convenient. For every cup of rice washed, you’re throwing away about 300ml (or a can) of water. So wasted.

Litres (potentially) saved: About 300ml for every cup of rice washed. Once. 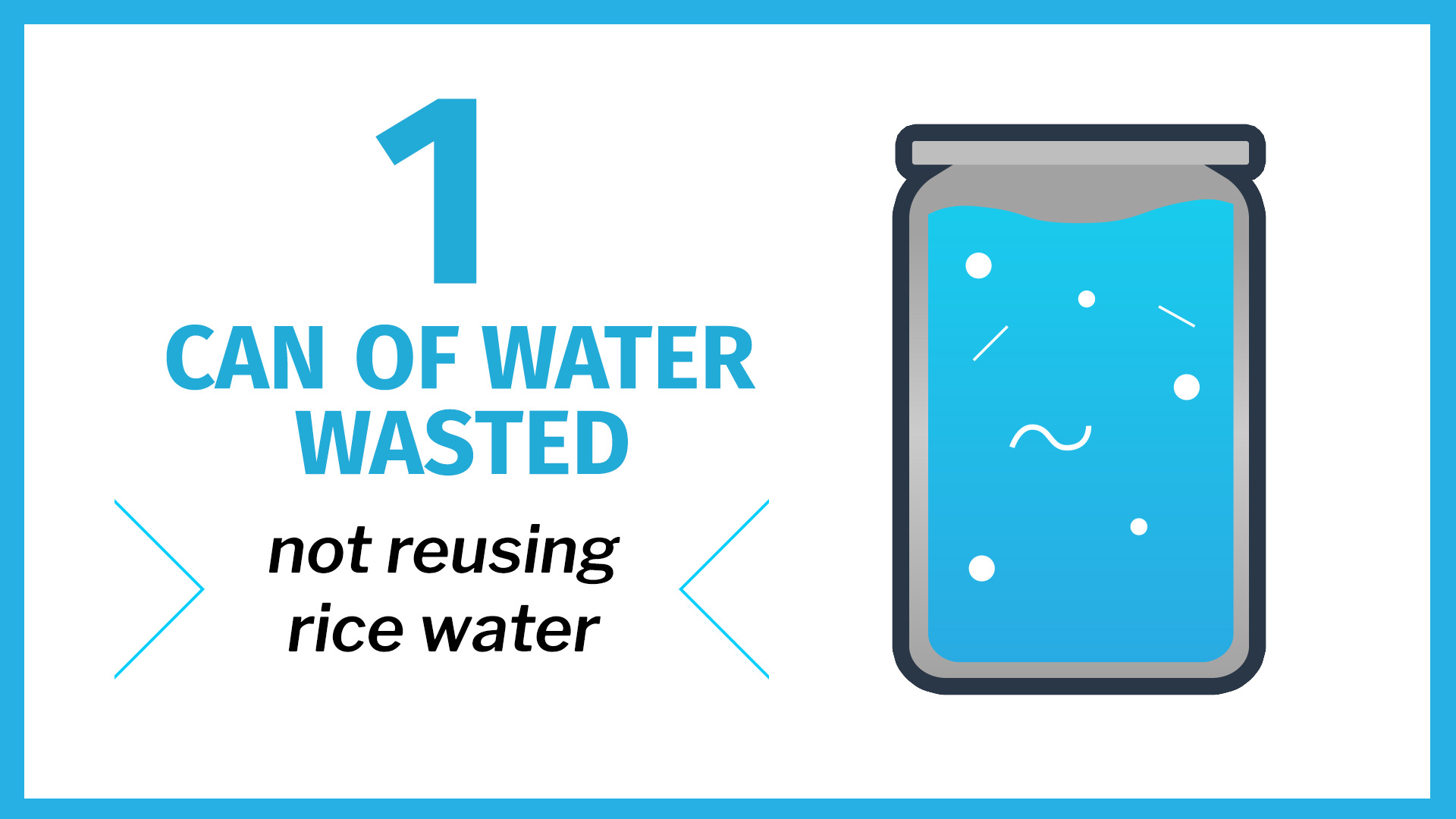 3. Shaving with the shower on

How long do you take to shave your legs/ armpits/ anywhere else? Depends on how much hair you have. But why let clean, usable water go to waste as you work on sprucing yourself up?

“Cos’ got hair everywhere what! How to see?”

We suggest using a towel and a small pail. Or just a trickle of water if you have to keep the water running. Not very difficult, right?

Just by cutting down 5 minutes of your shower time, you can save 45 litres of water a day -- that’s a ridiculously tremendous amount. 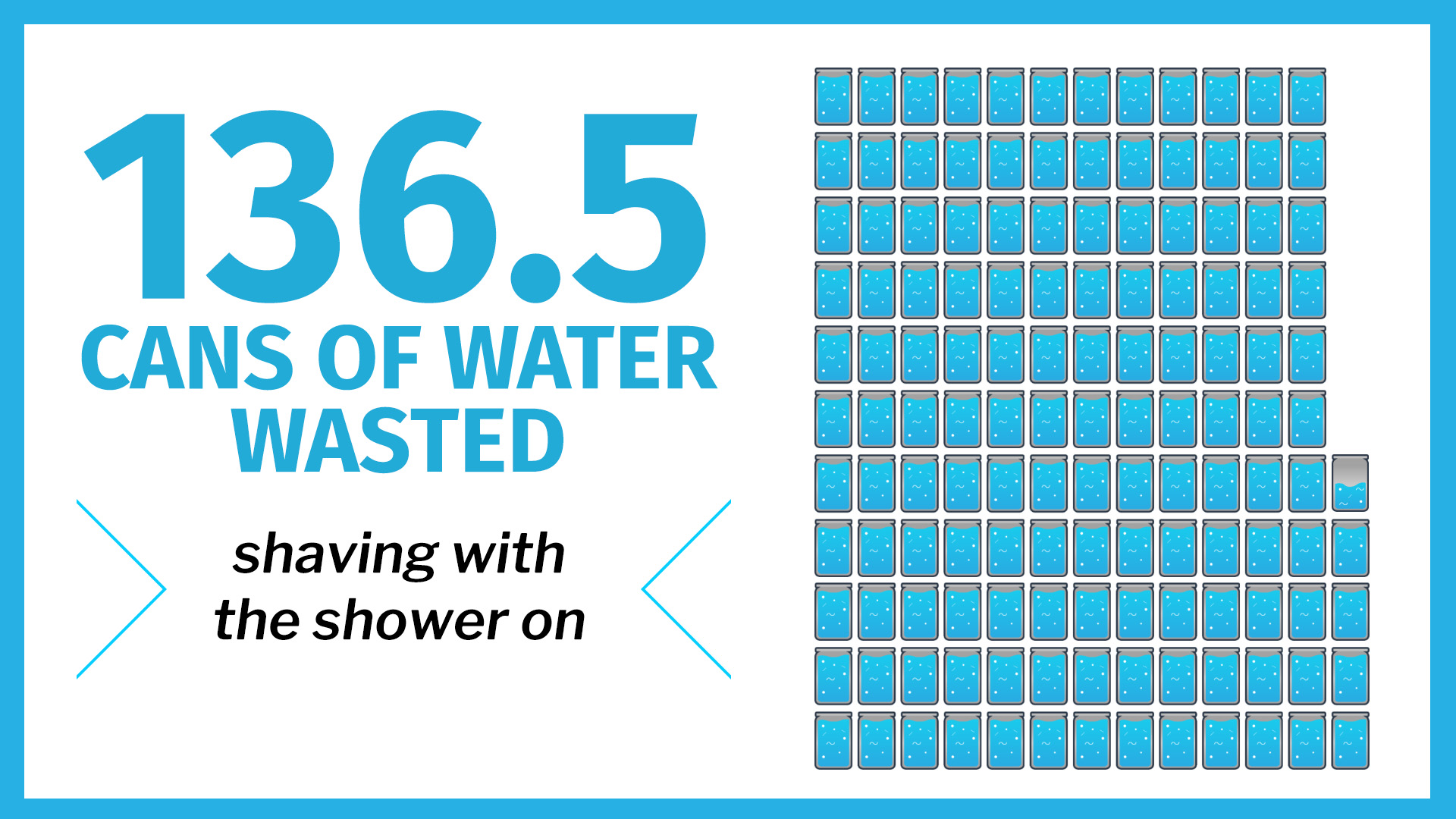 4. Soaping your hands with the tap on

We’d say this is likely the most common water-wasting habit out there. Most people think they’re not wasting water anyway, because they wash their hands fast enough.

Is this true? We did a simple test. 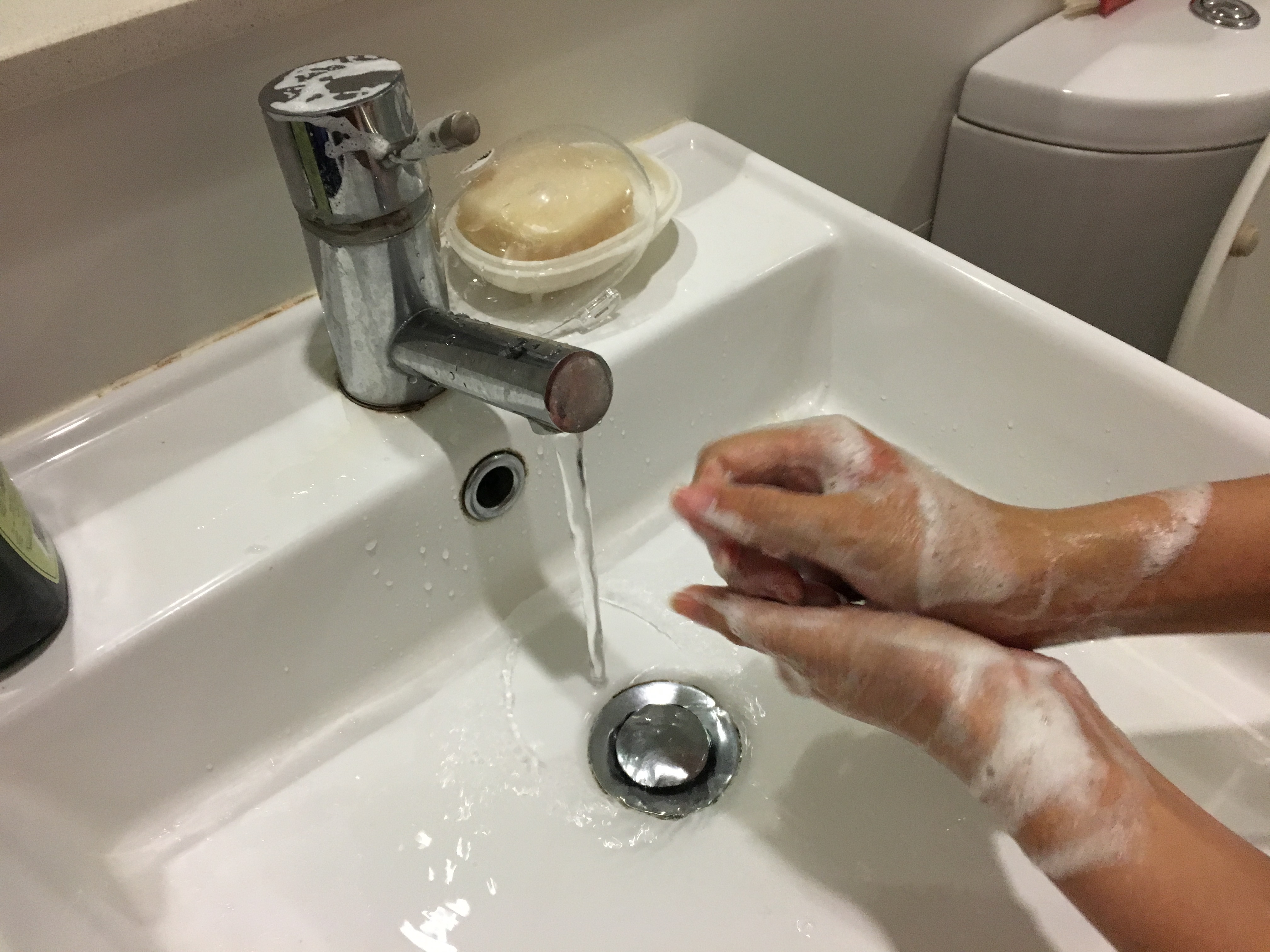 It was a simple task of leaving the tap on and placing a cup underneath to see how much water was collected while we soaped up.

We tried our best to stick to the basics of handwashing, but the cup filled up so quickly it made us anxious. Faster wash don’t waste water omg!

Conclusion? A quick wash with the tap on resulted in a whole cup of water going down the drain. 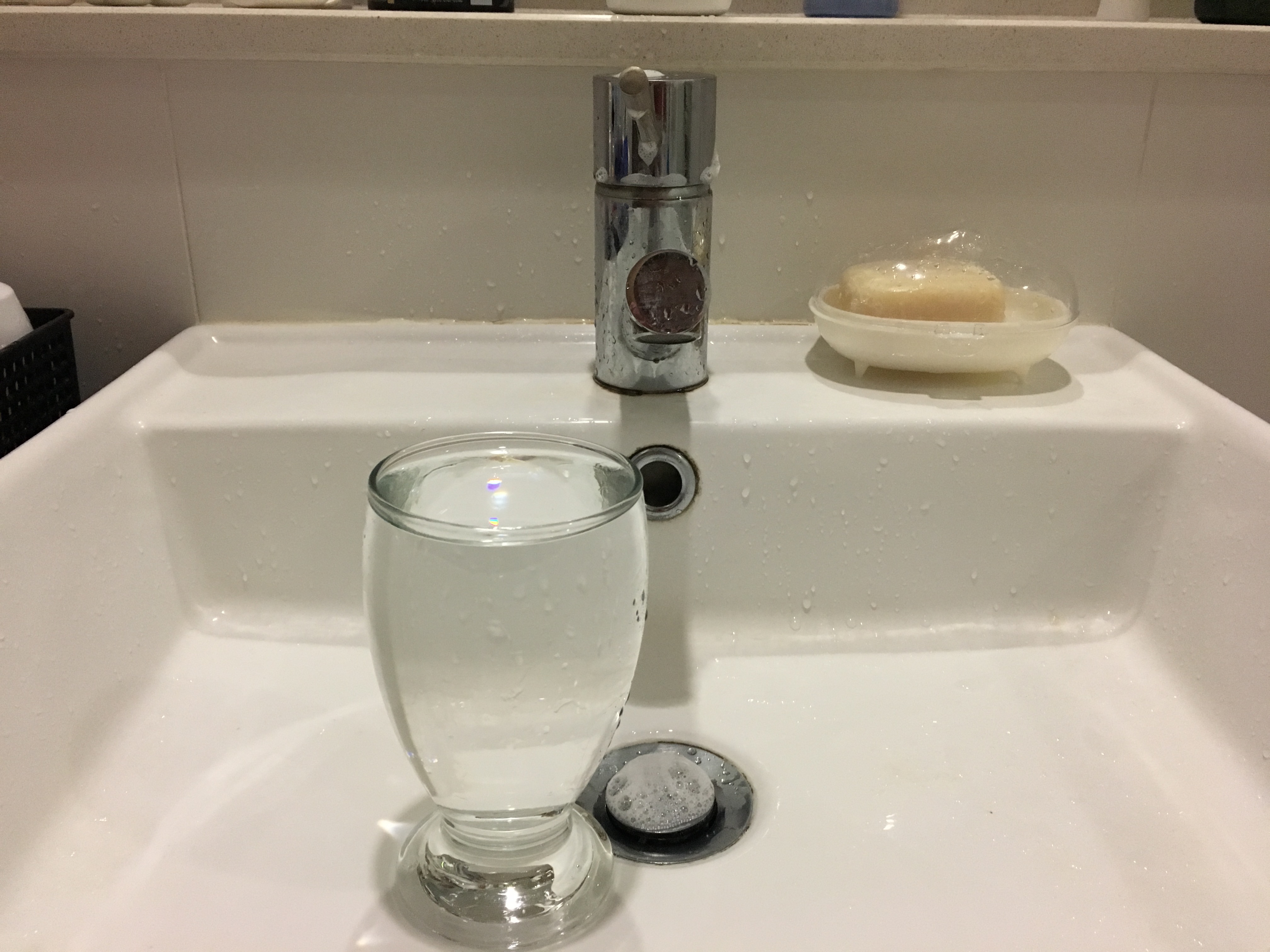 That’s like, 300ml! Such a waste of a perfectly clean and good resource just because you think you’re as fast as The Flash. You’re not! Just turn off the tap, okay.

Litres (potentially) saved: Probably more than 300ml. Because you won’t have washed your hands as quickly as us. 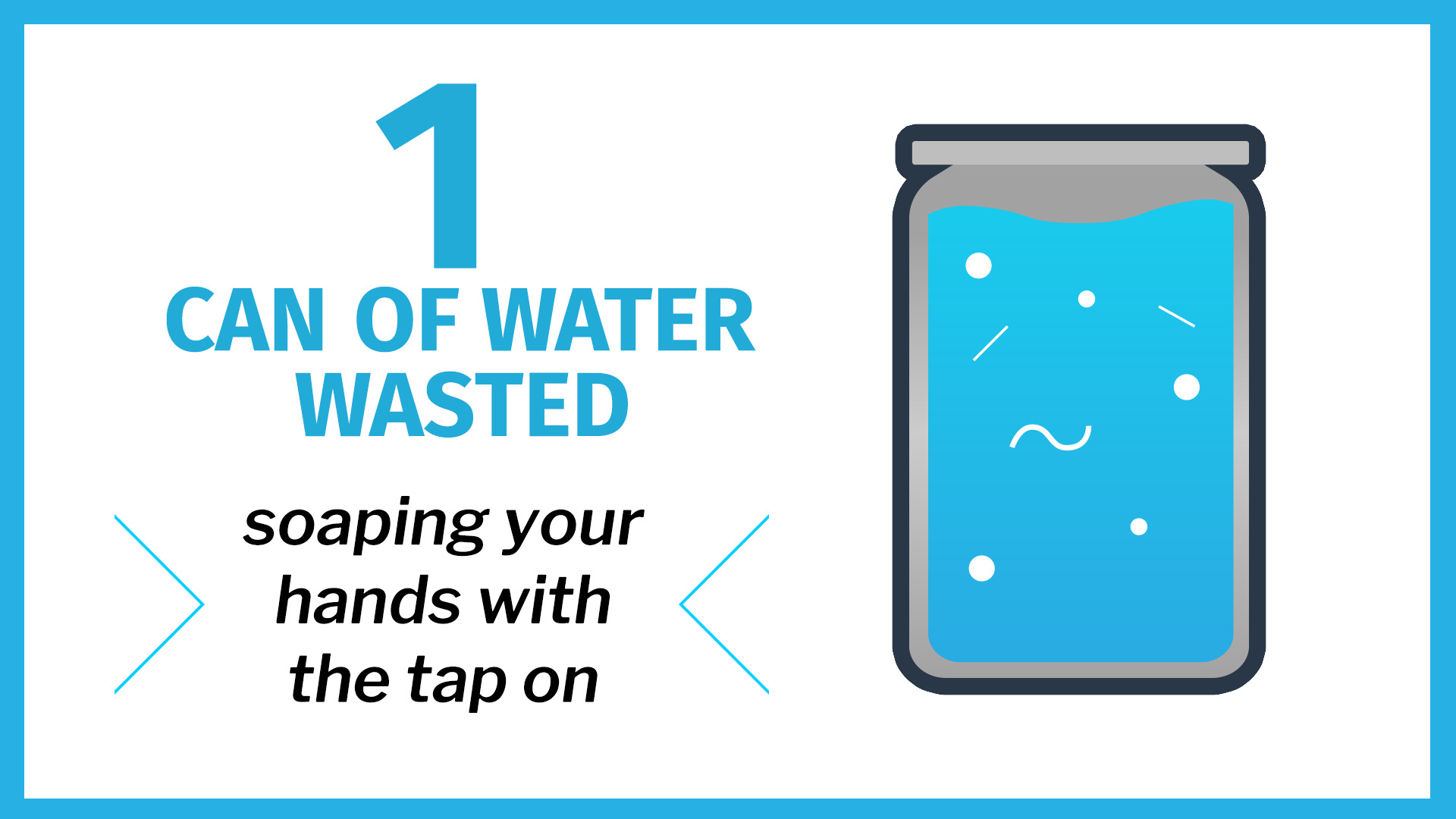 And just so you know, brushing your teeth with the tap on (also a terrible habit, shame on you) for about 2 minutes equates to 11.5 litres of water going to waste.

That’s almost 35 cans of water. To help you put it into perspective: a case of soft drinks only has 24 cans.

So no matter how concerned you are about your water bill and how many thimbles you install, these everyday habits with seemingly minimal waste are in fact like a tiny hole in your pocket -- you don’t lose much on a daily basis, but it adds up to many litres of water wasted per month.

You don’t throw a 10 cent coin away just because it’s a tiny amount, right? Don’t do the same to water. It’s preeeecioussss.

Water is an important strategic resource for Singapore, and we have to ensure a sustainable supply for future generations (and for you, too).

So don’t be so selfish, ‘kay? Saving water is good for everyone. Even your unborn child. We’re not kidding.

(All water used for measurement and photography purposes were consumed by both human and plant. We didn’t pour it down the sink, okay.)

This sponsored post was created in collaboration with MCI. It helps Mothership.sg’s writers track down all the water wasters in Singapore so that we can eliminate them and make Singapore great again. Just kidding. But seriously, save water, guys.

6 things to know about S'pore's water supply, since it will cost 30% more soon