Do you frequent hawker centres in Singapore like normal Singaporeans?

If you do, you might have seen this dude at Adam Road Food Centre:

Lin appeared to be with a companion while he fiddled with his phone.

This isn't the first time Singaporeans have stumbled across the homegrown superstar partaking in normal human activities that apparently only mere mortals like us do.

In December last year, he was spotted playing DoTA 2 in a Bugis LAN shop like any other hardcore DoTA player.

In November 2015, Lin ambushed a busker in Taipei who was covering one of Lin's songs - Jiang Nan (江南) and completed the song with him as a duet.

Judging from the responses on Sim's photo (which attracted over 9.8k reactions, more than 1.3k comments, and over 4k shares), local fans are going berserk trying to wrap their heads around the notion of JJ Lin The Hawker Centre Goer: 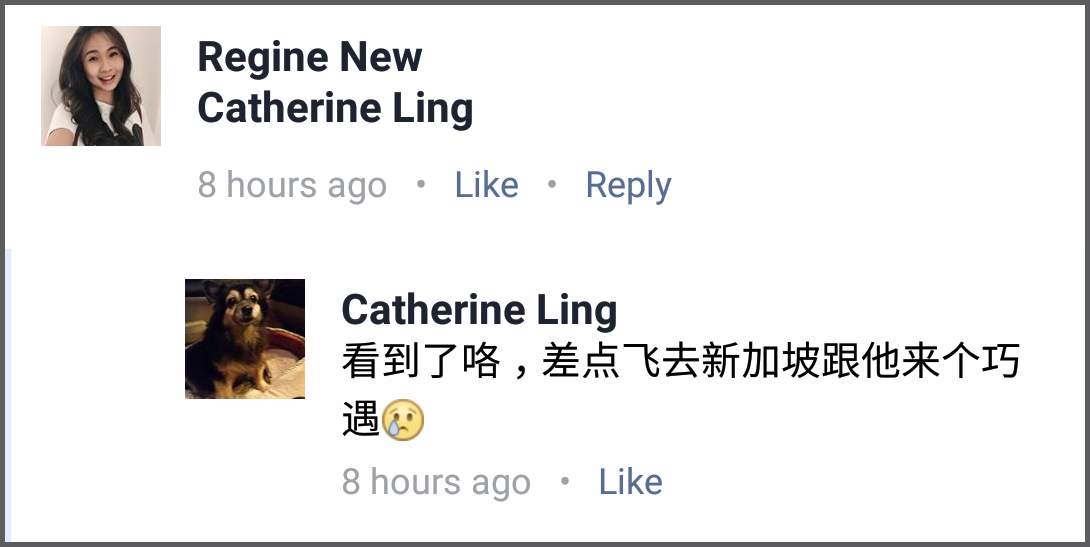 "Yea, I saw this. Almost flew to Singapore for a chance meeting with him."

"If you saw him what would you do?"

"I want to come to Singapore!" 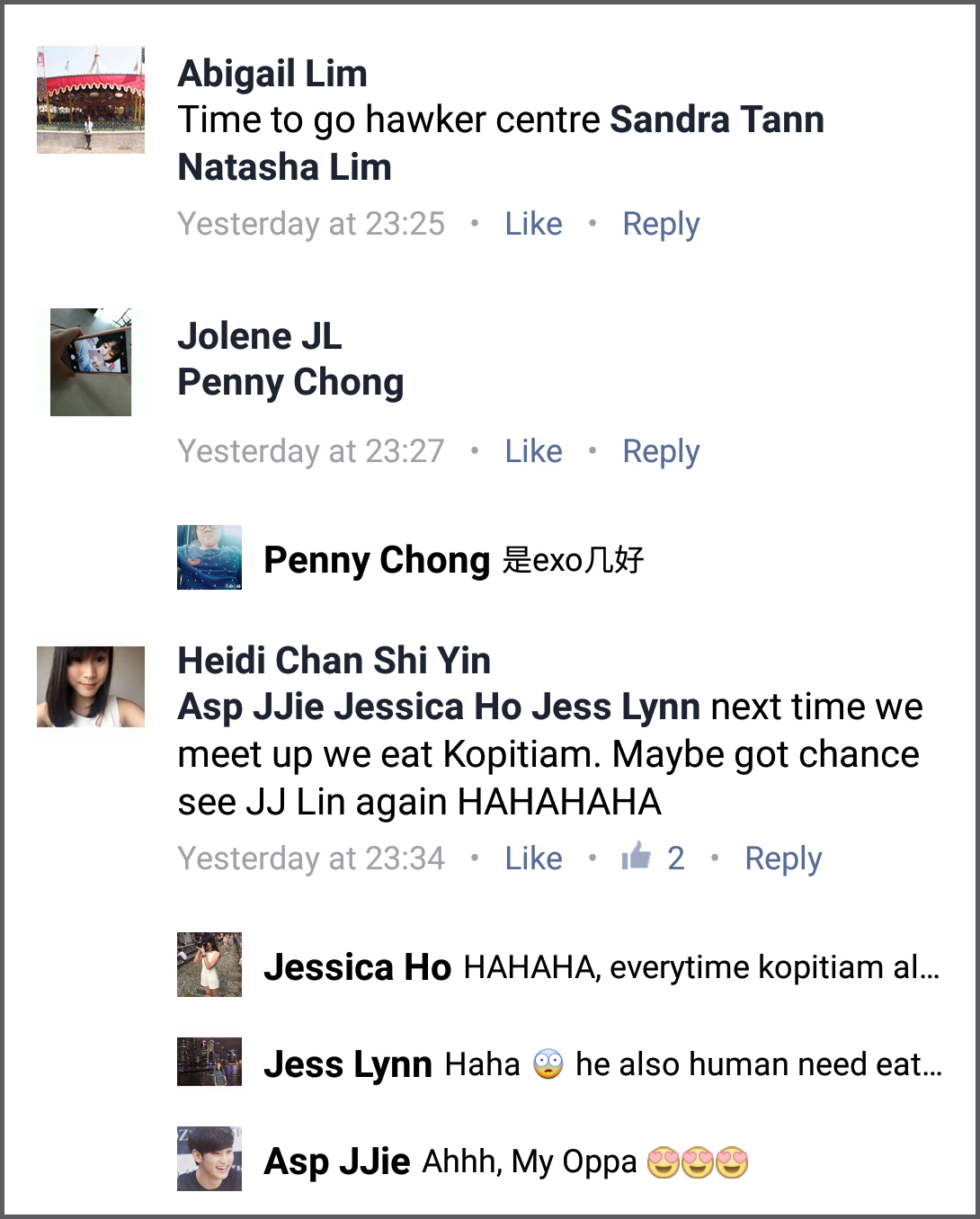 And then we had this rather cute moment: "Lucky you had an encounter with Stefanie Sun."

"Ya. Meeting Stefanie Sun was my most valuable experience ever since moving from Taiwan to Singapore."

"You're the most valuable in my life - different."

We also say. Stay alert outside can see rare celebrity.

Here are some slightly unrelated but nonetheless interesting articles: