Thanks to US President Donald J Trump, everyone is learning about the "One China Policy".

Here's the context: President Trump spoke with China President Xi Jinping over the phone on February 9. Trump agreed, at the request of Xi, that the United States would honour "our One China Policy".

The "lengthy" and "extremely cordial" telephone conversation described by the White House was significant as the two leaders had not spoken to each other since Nov 14, 2016, a week after Trump was elected.

Trump had wrong-footed Beijing by calling the President of Taiwan in December 2016. His subsequent assertion that the US might no longer abide by the "One China Policy", had set off alarm bells in China as a sign of his intention to reinterpret a long-standing policy that was critical to US-China bilateral relations.

It also said Xi had pointed out that the "One China Principle" (一个中国原则) is the political foundation of China-US relationship.

So is this just a return to status-quo, or does it signify a concession on Trump's part? Before making any further analysis, it is perhaps useful to understand what this whole "One China" thing is about.

In 1949, the Nationalists, also known as the Kuomintang, governing the "Republic of China" (R.O.C), retreated from mainland to the island of Taiwan and made it its seat of government. The victorious Communists began ruling the mainland as the People's Republic of China (P.R.C.). Both parties said they represented all of China.

The "One China Policy" is US' diplomatic acknowledgement of China's position that there is only one Chinese government. Under the policy, the US broke official ties with Taipei and built formal ties with Beijing in 1979 under President Jimmy Carter.

In that same year it also passed the Taiwan Relations Act, that states that the US must help Taiwan defend itself. The act is the basis on which the US continues to sell arms to Taiwan.

However, the policy is distinct from China's "One China Principle". As articulated by then Assistant Secretary of State for East Asian and Pacific Affairs James Kelly in 2004:

In my testimony, I made the point "our One China," and I didn't really define it, and I'm not sure I very easily could define it. I can tell you what it is not. It is not the One-China policy or the One-China principle that Beijing suggests, and it may not be the definition that some would have in Taiwan. But it does convey a meaning of solidarity of a kind among the people on both sides of the straits that has been our policy for a very long time.

US maintains an unofficial presence in Taipei through the American Institute in Taiwan (AIT), which carries out diplomatic activities.

The standard Chinese government "One-China principle" narrative has three parts: "There is only one China in the world. Taiwan is an inalienable part of Chinese territory. The government of People's Republic of China is the sole legitimate government representing the whole of China."(世界上只有一个中国。台湾是中国领土不可分割的一部分。中华人民共和国政府是唯一代表中国的合法政府。) 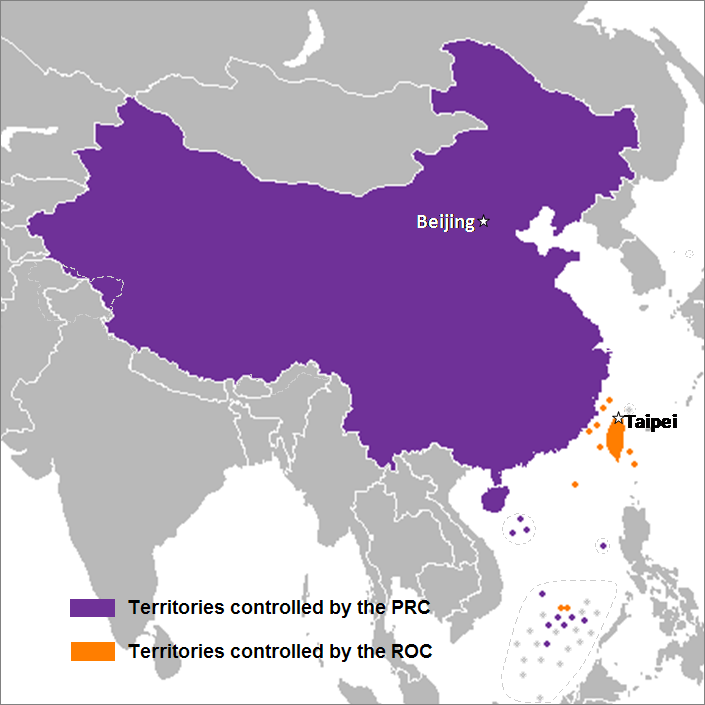 The Chinese uses "One China Policy" (一个中国政策) and "One China Principle" (一个中国原则) interchangeably.

This can be seen from the transcript of the China MFA spokesperson at its regular press conference after Trump's phonecall to Xi:

"The one-China principle is always the political foundation for China-US relations. In the phone call this morning, President Trump affirmed that the US administration will honor the one-China policy. We commend this."

Global political risk research and consulting firm Eurasia Group's explainer on the "diplomatic fudge" at the center of US-China relations probably sums it up best from the US perspective:

And fundamentally, the agreement at the heart of the One China policy is the US position that the sovereignty of Taiwan is undetermined. In the first communique, the Nixon Administration acknowledged the Chinese position that China views Taiwan as part of China. But the US is agnostic on this question. So the sovereignty of Taiwan is undetermined. That's the fundamental fudge, diplomatic fudge at the center of this whole issue. "