So you read that insurance workers in Japan are being replaced by robots and now you're fearing that your cushy white collar job is about to go to R2-D2 in the near future.

You're probably right. Here are 5 jobs that are slowly going to the robots.

The latest  venture to run into the cold embrace of our machine overlords is, of course, Fukoku Mutual Life Insurance.

The Japanese insurance company, Fukoku Mutual Life Insurance, will be replacing 34 insurance claim workers with IBM Watson Explorer. IBM Watson is a software which uses cognitive computing, which takes into account context and data to provide you with a solution, a bit like how a human mind would work.

The idea of robot lawyers isn't too far-fetched - because they're already here. Do Not Pay is billed as the world's first robot lawyer who helps people appeal against parking fines and even determine compensation for flight delays. Whoa. 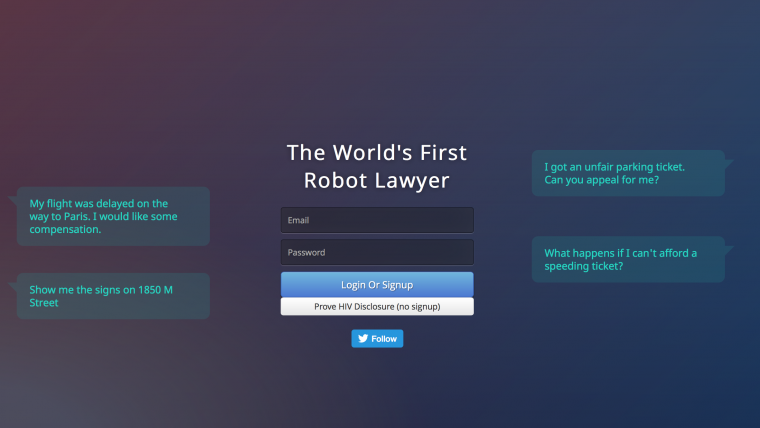 On the other end of the spectrum we have ROSS, an automated system which combines a vast database of legal knowledge and natural language combination to become that ideal legal intern you you never had.

Their website states - Every minute you spend on legal research is time you can't bill for. Short of getting an overworked and underpaid intern, ROSS would be your best bet for that mountain of work.

Bloomberg reported last year that robo-advisors are on the rise, particularly popular with millennial investors. The appeal of having robot advisors is, of course, an ever present. 24-hour investment advice, typically at half the price of an actual human advisor from a traditional brokerage.

On a related note, wouldn't it be nice to have robot insurance agents (or, as they prefer to be called, financial planners). No more "How are you doing, bro" messages out of the blue, no more awkward meet ups at McDonalds, and certainly no new products to buy every two months.

The Defense Advanced Research Projects Agency (DARPA) from the U.S Department of Defence recently tested out a robot pilot - the Aircrew Labor In-Cockpit Automation System (ALIAS). The system uses multiple cameras to monitor switches and gauges in the aircraft, and then uses a robotic arm to control the navigation throttles.

The ALIAS is designed to pilot the aircraft, leaving the human pilot to focus on other mission objectives such as reconnaissance and information gathering. You can watch it in action here:

The Smart Tissue Autonomous Robot (STAR) is a pretty damn smart piece of technology. In a trial test, the robot managed to stitch up pig intestines much better than human surgeons. The sutures done by STAR were tighter and more regularly spaced, resulting in more leak-resistant stitches.

While the robot had some help from humans, it really isn't too much of a stretch to envision a surgery completed wholly by a souped up version of STAR one day. Guess that medical degree isn't looking that great now eh?

Where can we run?

Should we be concerned about A.I creeping into the last frontier that is knowledge-based jobs? Is no job safe from the nefarious invasion of binary codes and cheeky chatbots?

Being constrained by rules, A.I is most efficient and best suited for jobs which are routine and data or research intensive. Even so, the very best that a computer can do is to provide a recommended solution based on a set of defined rules. The final say comes from a human worker who provides human judgement, especially in knowledge-based jobs.

The ideal outcome is to let A.I take over these labour-intensive work while human workers focus on creating more value - value that cannot be produced in a machine. So don't worry. Machines can't replace you white collar workers. Well, not for now, at least.

More on our impending annihilation by machine overlords

Can Artificial Intelligence replace our politicians one day?

Are self-driving cars really such a big deal?