DJ Marshmello is an up-and-coming American DJ whose debut album, Joytime, hit the top 5 of the US dance charts.

So, of course, when EDM enthusiasts learned he was booked to spin at Zouk over the Ultra Music Festival weekend, they promptly took photos with him. 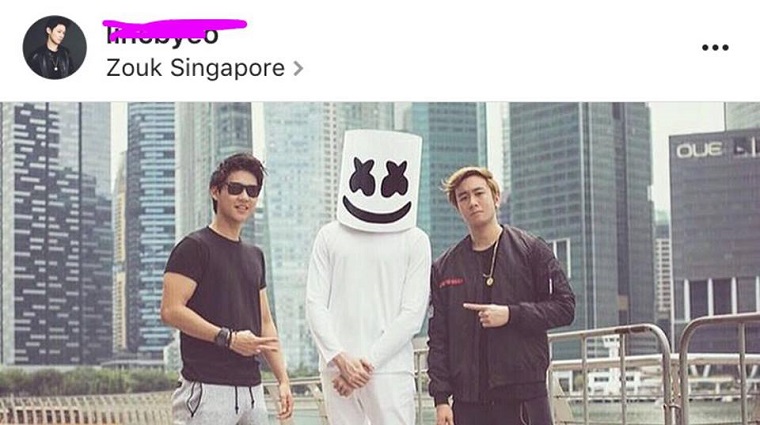 Sadly, in what seems like a scenario out of a bad 80's sitcom, it turns out the guy who was spinning at Zouk was actually just a guy with a very convincing mask.

Just how laughable was all this? Even their own resident DJ, Jade Rasif, called them out on it.

She rightly deduced only three possibilities that could have gone on with the booking of "DJ Marshmello":

"1. If you knew - completely lack of integrity

2. If you didn't know... How could you not have done your due diligence? The guy in the costume was much fairer than Marshmello. His mask was different. Don't you listen to Marshmallo's live sets? His voice is pretty recognisable!

3. If it was a mascot, you should have made it clear, and trust me, you guys did not."

She then explained the impact of hiring the imposter.

Things got so bizarre that the real Marshmello felt it necessary to admonish Zouk as well.

It might be hard for non-fans of all those involved to know just how big a deal this is, so we will try to give an appropriate analogy for this fiasco by using the most popular Singaporean as an example.

Imagine if you see someone who looks like Joseph Schooling during an event organised by the Singapore Swimming Association.

And this imposter, who looks exactly like the Olympian, has a gold medal around his neck, and is firmly the centre of attention during this event.

While some people are a bit unsure if that is the man himself, the fact that this event is organised by such an established swimming organisation convinces them it must be the real Schooling.

The organisers do not clarify if he is indeed the real Schooling, merely nod, smile and collect money from all the Schooling fans.

That is basically what Zouk did — they used their credibility to give off the perception that someone who wasn't there was there...

... unfortunately, to the detriment of all those who placed faith in that establishment.

*Update: Zouk has come out with a statement regarding the incident*

Read other rather unintelligent things Zouk did recently: