1. Last time I swam was eons ago but I'm here for Joseph Schooling.

2. Stop filming Phelps lah. Shoot him so many times already. Not sian?

3. Ooh, someone in red just gave Phelps a fist bump!

4. Alright they are coming out. That Hungarian swimmer László Cseh looks damn badass.

10. JUST STOP THE RACE NOW AND GIVE THE MAN THE GOLD.

15. Phelps first to congratulate him! Let's take it all in again: Schooling just beat the greatest Olympian of all time.

16. This guy kena the Phelps death stare one right?

19. Okay. What time is medal ceremony?

21. While brushing teeth: "By the time I finish brushing my teeth, Schooling already finish 100m."

23. Feel so patriotic. Still cannot believe it though.

24. I think we deserve a public holiday. How about Olympic Day? Or Schooling Day?

25. No need to do NS lah. Win Olympic Gold better than winning ATEC. 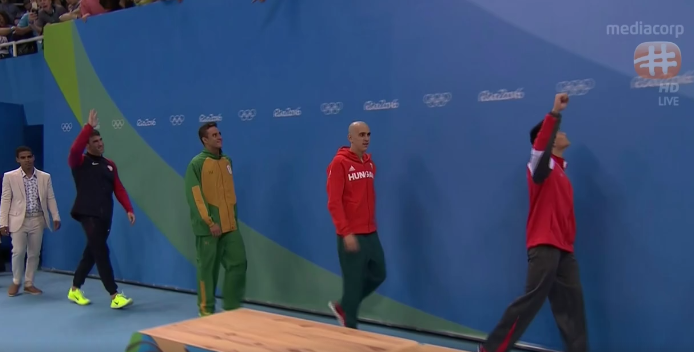 27. Probably the most awkward hand-holding scene ever in Olympic history.

28. Eh enough lah. You want to shoot how long? I want to see the champion leh.

33. Dammmit why are my eyes so watery? Don't let others see. 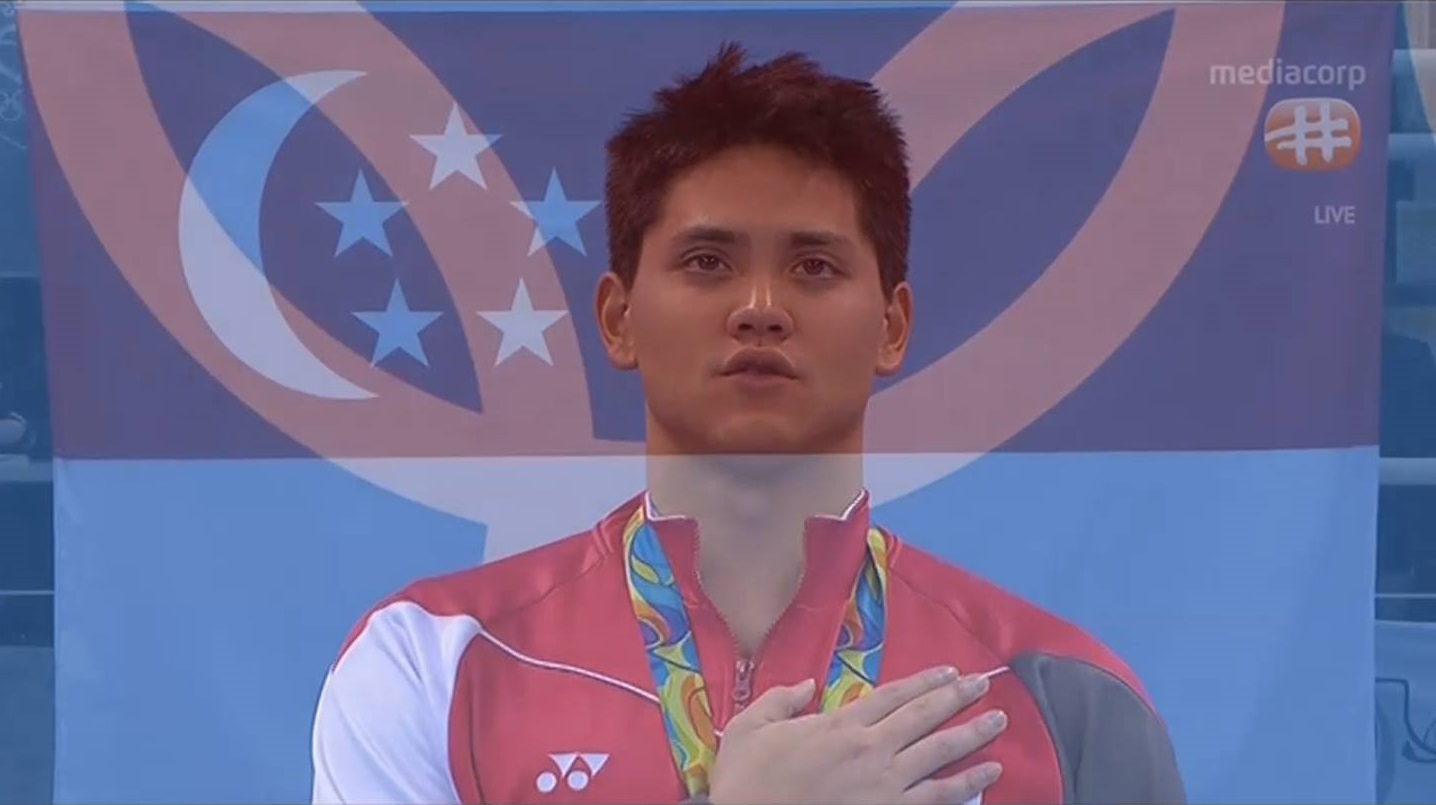 37. Aiyah the camera can position nearer to Schooling or not?

38. Talking to his childhood idol as an Olympic Gold medalist. Level up.

39. Aiyah minder. Let him take more photos can? Cameraman, last warning. The winner is not Phelps.

40. What a start to the day. I think I will celebrate by not catching pokemon later. Maybe swim a little.

Photos and gifs from Toggle.