Johan "N0tail" Sundstein is a Danish-Faroese professional Dota 2 player and the founding member of OG, a professional esports organisation based in Europe.

While serving as the captain and playing as a hard support, his team made history by becoming the first-ever Dota 2 team to win The International (TI) twice. It was also a back-to-back victory, with the first win in 2018 and the second one in 2019.

The 29-year-old is currently the richest esports player in the world, earning more than US$7.1million (~S$9.9million) from his prize money.

In 2021, N0tail announced that he will be taking a health break for at least a year, stepping away from competitive Dota 2 to spend more time on streaming and creating content.

As the owner of OG, N0tail is now in Singapore for TI11. While fans won’t be able to see OG play at the finals after their 2-0 loss to Team Liquid, supporters can still catch N0tail on his Monkey Business podcast live in Singapore this weekend on Oct. 29 and Oct. 30, 2022.

Mothership caught up with N0tail to ask him 20 rapid-fire questions, which include his favourite trash talk line and his best impression of Primal Beast ultimate.

Right now, I’m trying to take good care of the company as much as possible. It’s been really challenging over all the years to learn what it is like to run a business but also to remain fair and good to the players.

OG was made by players, for the players and I want it to remain this way forever. I have been closer to the Dota 2 team players, and OG’s counter strike team also came by Portugal (N0tail runs a gaming bootcamp in Portugal), so I’m trying to give advice and transfer my experience to other people. Yeah, there’s a mix of running the organisation and helping the teams out. 2. How would you rate OG’s performance in this year’s TI11?

Six out of ten, but it is very hard to peak this many times throughout the year, so overall it’s much closer to eight and a half or nine. But yeah, it’s been a tough last tournament to end the season with. But still, I’m extremely proud.

4. In the Pro circuit, which region is the best and worst at Dota 2? Why?

The best region is definitely Europe. TI has basically been played in every Dota Pro Circuit in Europe. Five out of the six, or six out of the seven teams, I don’t remember, but they were all European.

And the worst region has to be North America and I don’t have to say why.

5. In the current patch, who’s the most overrated hero and the most underrated hero? Why?

Tough question. It’s probably Primal Beast which is the most overrated but that’s just my feeling. I didn’t get to play a lot but he is obviously very strong. I think he was rated slightly too high earlier on in the tournament.

The most underrated hero, hmmm, I would say, but I might be wrong, Elder Titan.

6. Any tips for SEA support players?

My tip to all players is motivation and empathy. Understand it, manage it and embrace it.

9. How many hours should I invest in Dota 2 every day if I want to be as good as you?

As much as you can, as much as life will allow you. But you have to find a balance.

10. Any food you avoid before a match?

Definitely heavy foods and I think too much meat is going to take your blood from your vital parts. 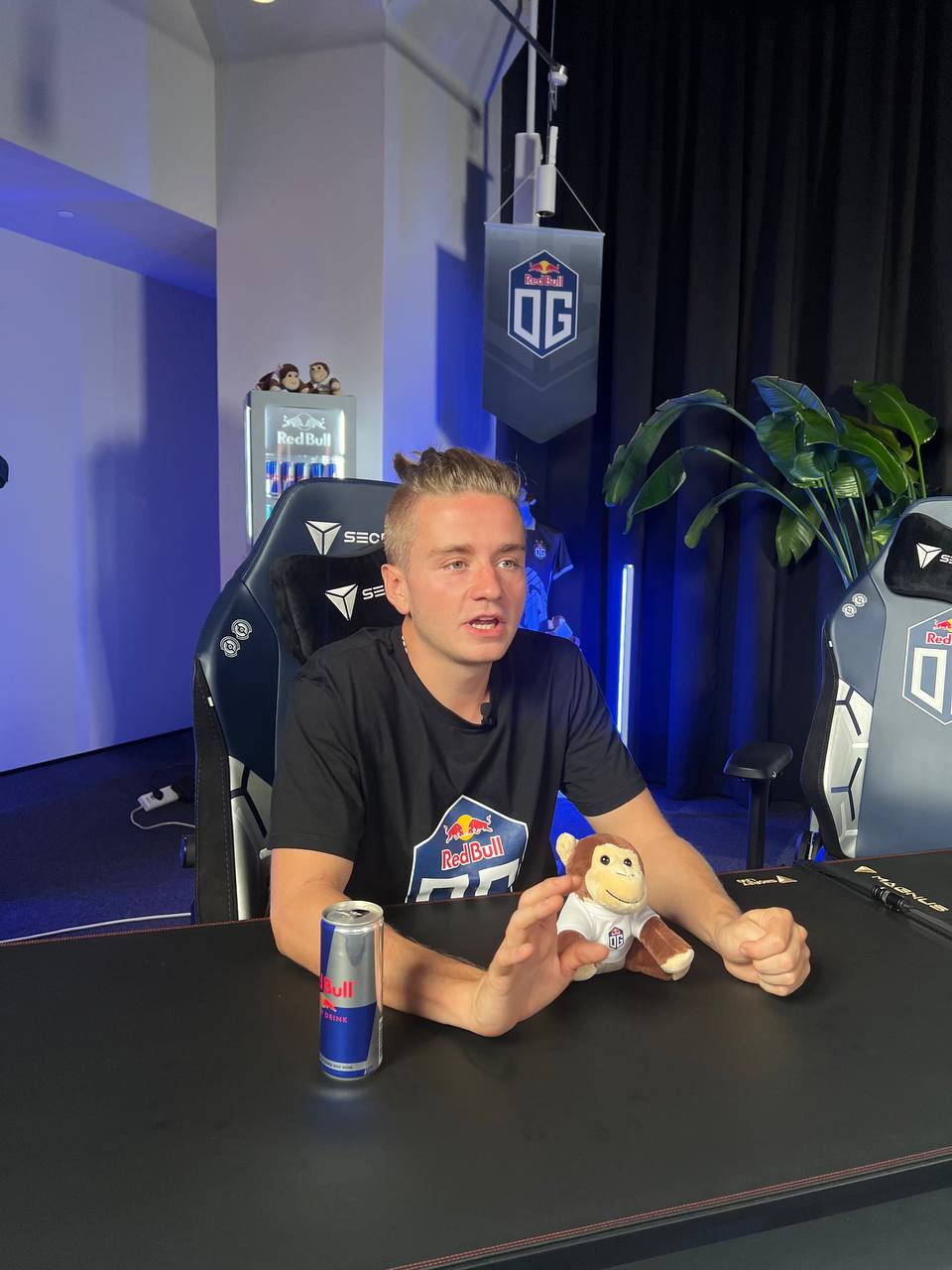 12. Any advice for noobs who are trying to play Dota 2 for the first time?

13. What’s your impression of iceiceice?

He’s a very kind teammate. He is also a very creative player.

15. What’s the first thing you ate after winning your first TI?

I crashed really hard after the game. The first thing I ate was the breakfast next morning. Regular eggs plus bread, I vaguely remember this.

We had one of our fastest games at TI8, versus Virtus.pro. I think it was 11 minutes before they called 'GG' (good game).

17. Dumbest mistake you have made in the game?

Once I mis-skilled (clicked on the wrong skill) on Chen and it was painful.

Did anyone scold you?

I hate Disruptor with a passion.

19. Is Primal Beast male or female?

That’s a very good question. Hmmm, whatever Primal Beast wants to be.

20. Can you do your best impression of Primal Beast’s ultimate?

Some quotes have been edited for clarity.