The longevity of Orto in Yishun has been on shaky ground ever since the URA Master Plan in 2019 gazetted the mass of land at Lorong Chencharu as a residential zone.

Its lease has been repeatedly extended by a year, in part due to the Covid-19 pandemic.

In August 2022, the Singapore Land Authority (SLA) announced that tenants will have to vacate the premises by the end of the year.

They have been given a final extension until June 2023 to facilitate the move. Mixed feelings about Orto closing down

With the announcement, patrons of Orto and members of the public are lamenting the loss of yet another open green space for leisure.

Orto is fronted by a 100m by 100m freshwater fishing pond -- a juxtaposition to the built-up developments across the road. 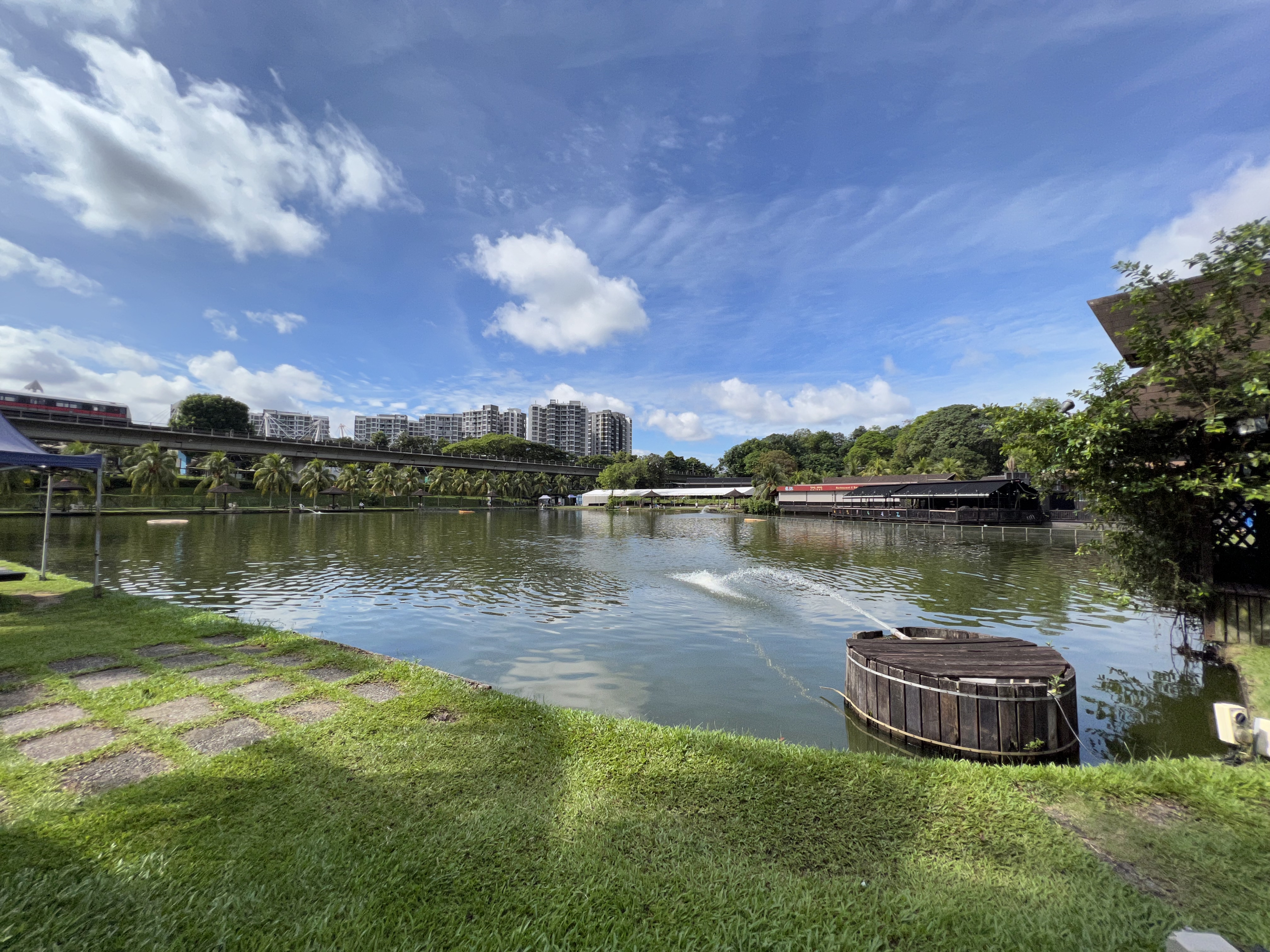 The pond, operated by Fishing Paradise, sets the tone for the entire leisure park, frequently referred to as "rustic". Fishing Paradise has been around for many years, operating at its present location since the days that Orto was called Bottle Tree Park.

Fishing Paradise was the only tenant to survive the change, according to a report by Today. Among the fishing community, ponds like this are called "pay ponds", for obvious reasons.

At pay ponds, anglers did not have to worry that lines will get snagged by rocks or other terrain features.

They only have to worry about the eventual tussle when a fish that takes the bait. 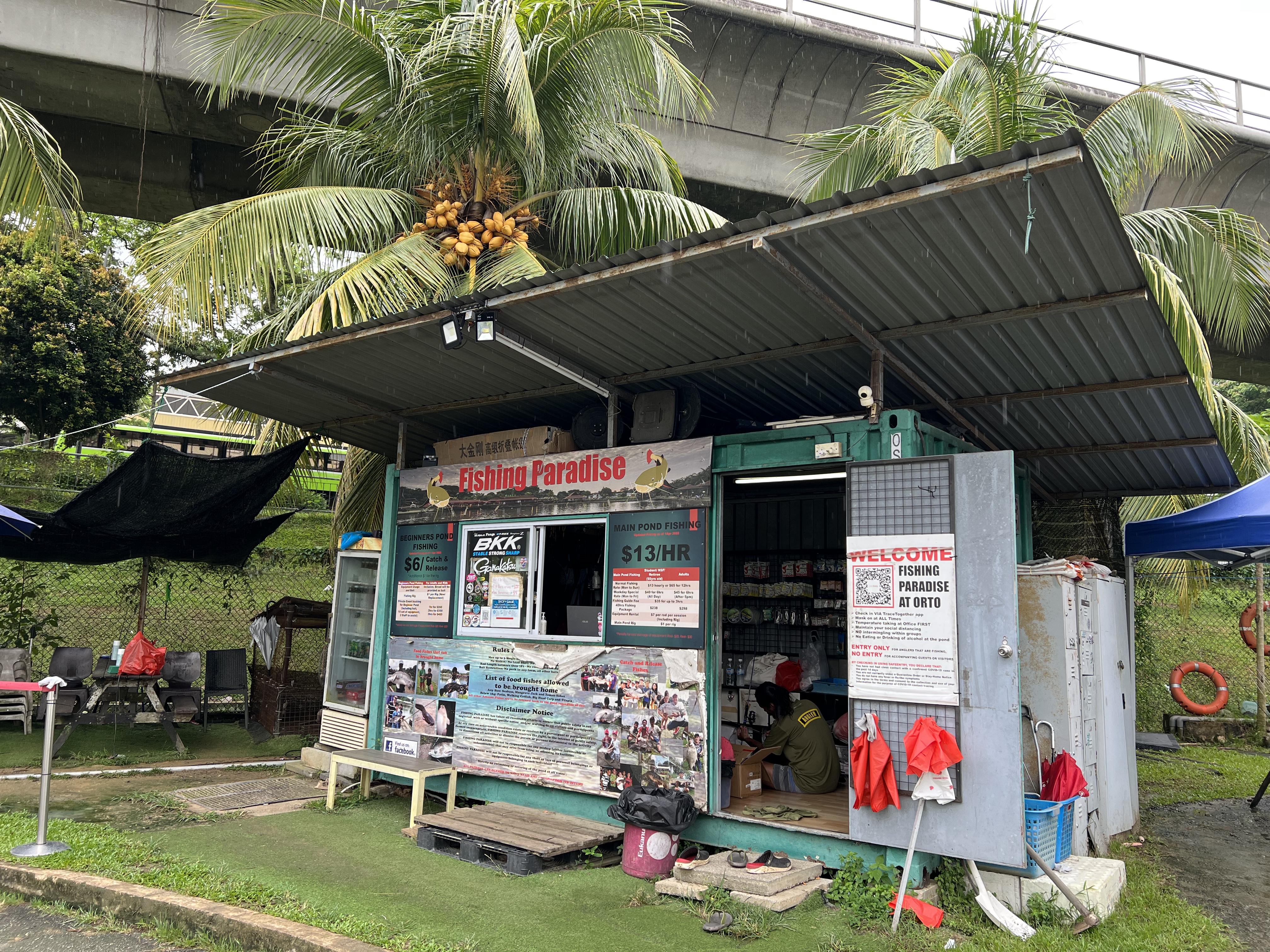 Fishing Paradise became the last "legal" freshwater fishing pond left, according to one of its directors, Edmund Kong.

He said the only other freshwater fishing pay pond in Pasir Ris has closed.

Adding to the uniqueness of Fishing Paradise is its accessibility.

Unlike other pay ponds where you would have to drive to get there, Fishing Paradise is just one bus stop away from Khatib MRT.

Kong shared with Mothership that it is likely that Fishing Paradise will close for good come June 2023.

If there was, operators of the Pasir Ris pond would have moved in, Kong quipped.

"Definitely, we'll be very sad. I think you can't find another recreational hub like this type in Singapore", Kong bemoaned.

What made Orto unlike other recreational spots, such as Sentosa, was its atmosphere, Kong pointed out.

Fish to be relocated

Kong shared that the management team are trying to find alternative arrangements for their employees.

In the pond, Kong estimated that there is easily over 20 tonnes of fishes that will have to be moved.

Fishing Paradise regulars are coming together to organise an event in December for one last hurrah, Mothership understands.

About time to close

As sentimental as things can get, Orto's closure is not without silver linings.

Madeleine Yeo, spokesperson for Imperium Group Asia, said "it's about time for Orto to close". Kamikaze Asian Tapas Bar has been around since 2017.

It sits at one corner of the fishing pond and offers patrons a lakefront dining experience. 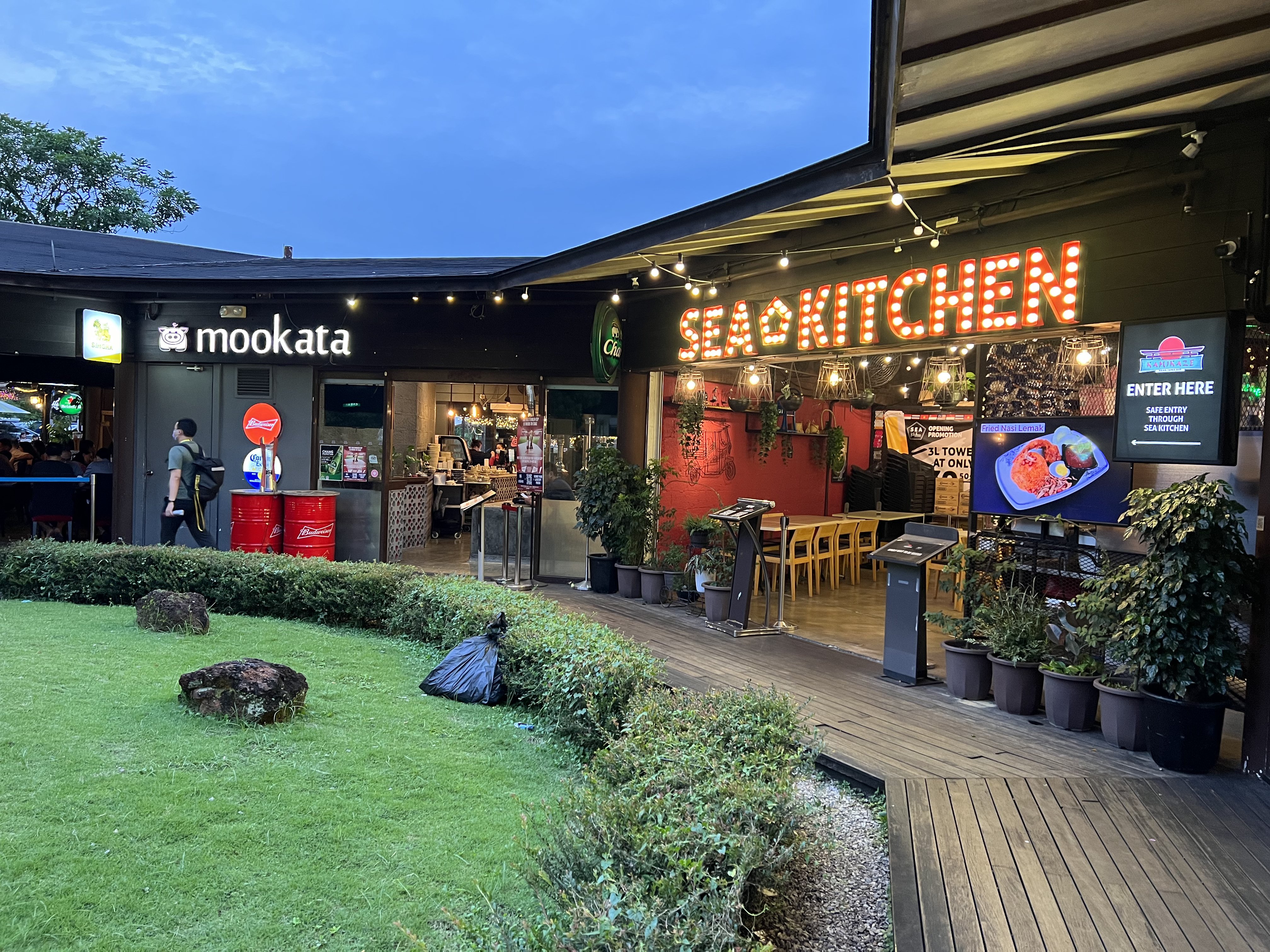 "So if you look at Orto right now, a lot of the main facilities have become pretty run down", Yeo elaborated.

However, this is not the result of mismanagement or neglect.

After the fate of Orto was made known in 2019, "we are not able to commit a lot of money to refurbish the place", Yeo noted. 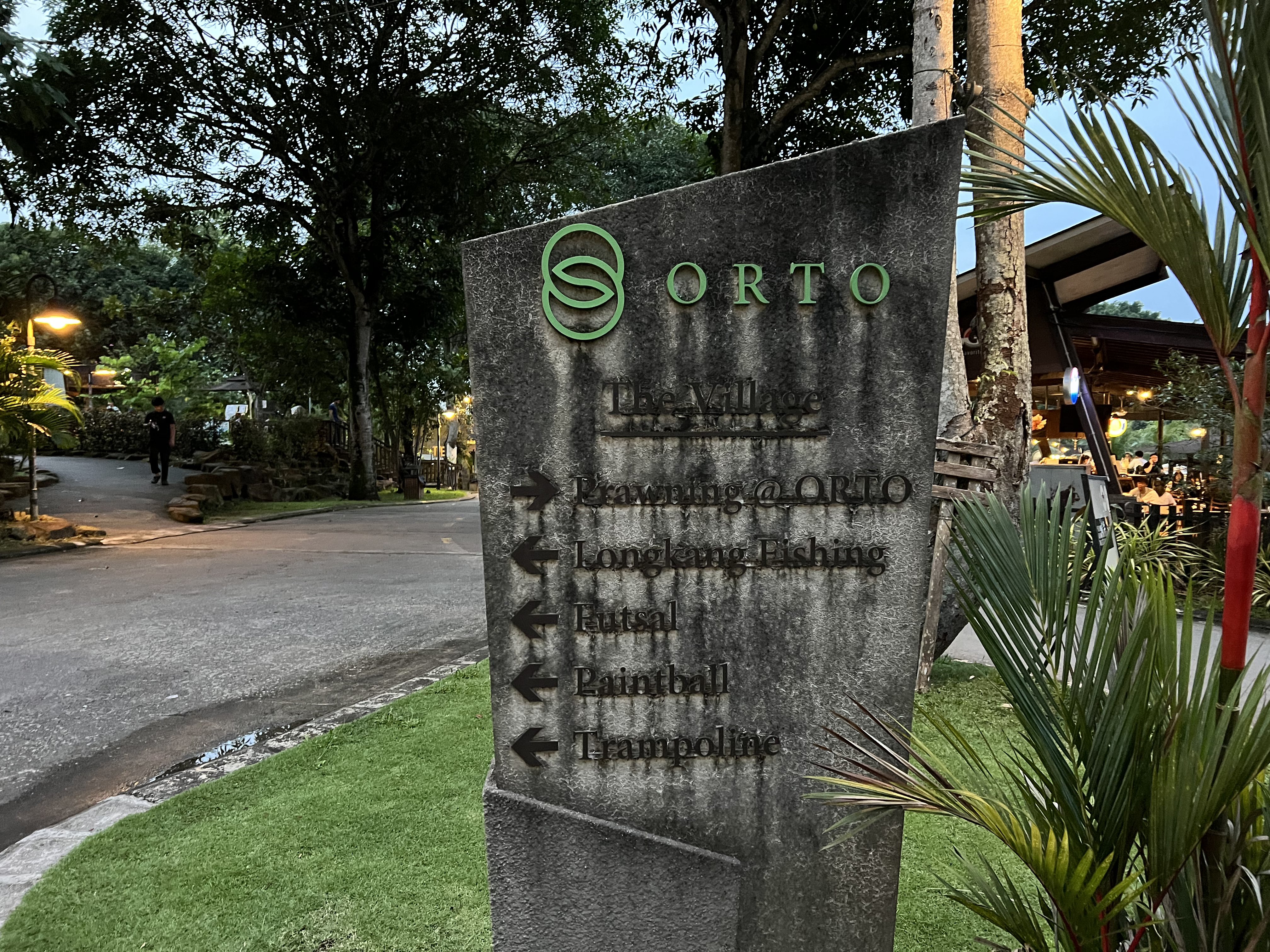 Since Orto's closure was well-anticipated, Imperium Group Asia has made preparatory plans.

With the second outlet in place, employees will be able to move over from Orto.

For their other brands, Yeo shared that they are working to secure suitable locations with the intention of retaining everyone on their payroll.

Orto spokesperson Clifford Loh told CNA that Orto's management has secured a two-storey building near Haw Par Villa MRT, which will be ready for tenants to move into by April 2023.

The brands operated by Imperium Group Asia at Orto will not be moving to this location, Yeo shared.

She opined that whether tenants moved to the proposed location will depend on whether it was suitable for their operating needs.

For Connie Tan, owner of the Live Turtle and Tortoise Museum, the closure is a necessary aspect of Singapore's reality.

Tan's museum moved to Orto in 2019 after the lease at its previous home at Chinese Garden expired.

The land was to be developed as part of Jurong Lake District.

While Tan recognised that people will certainly have a longing for the place, she also recognised the pragmatic need for development. 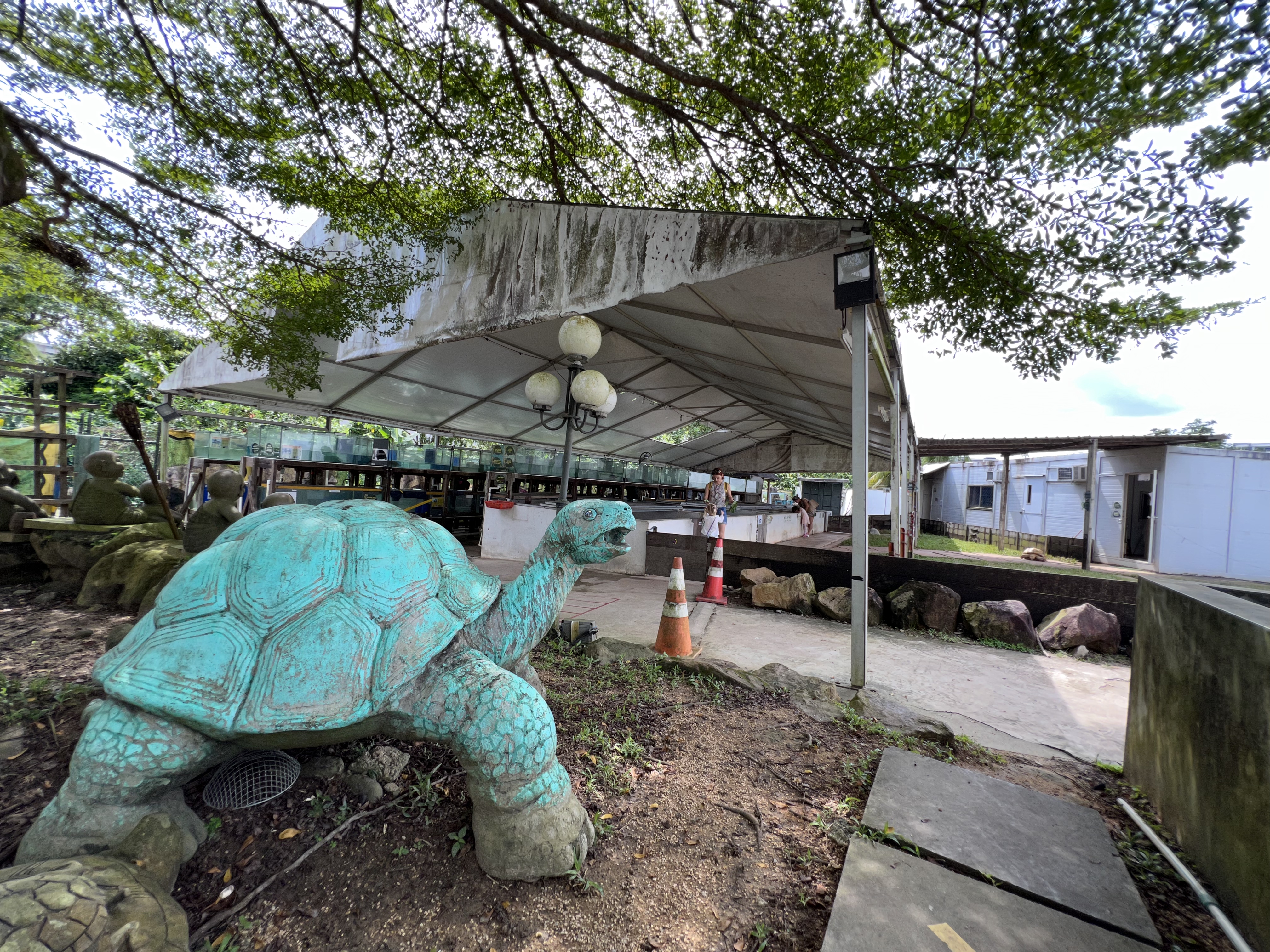 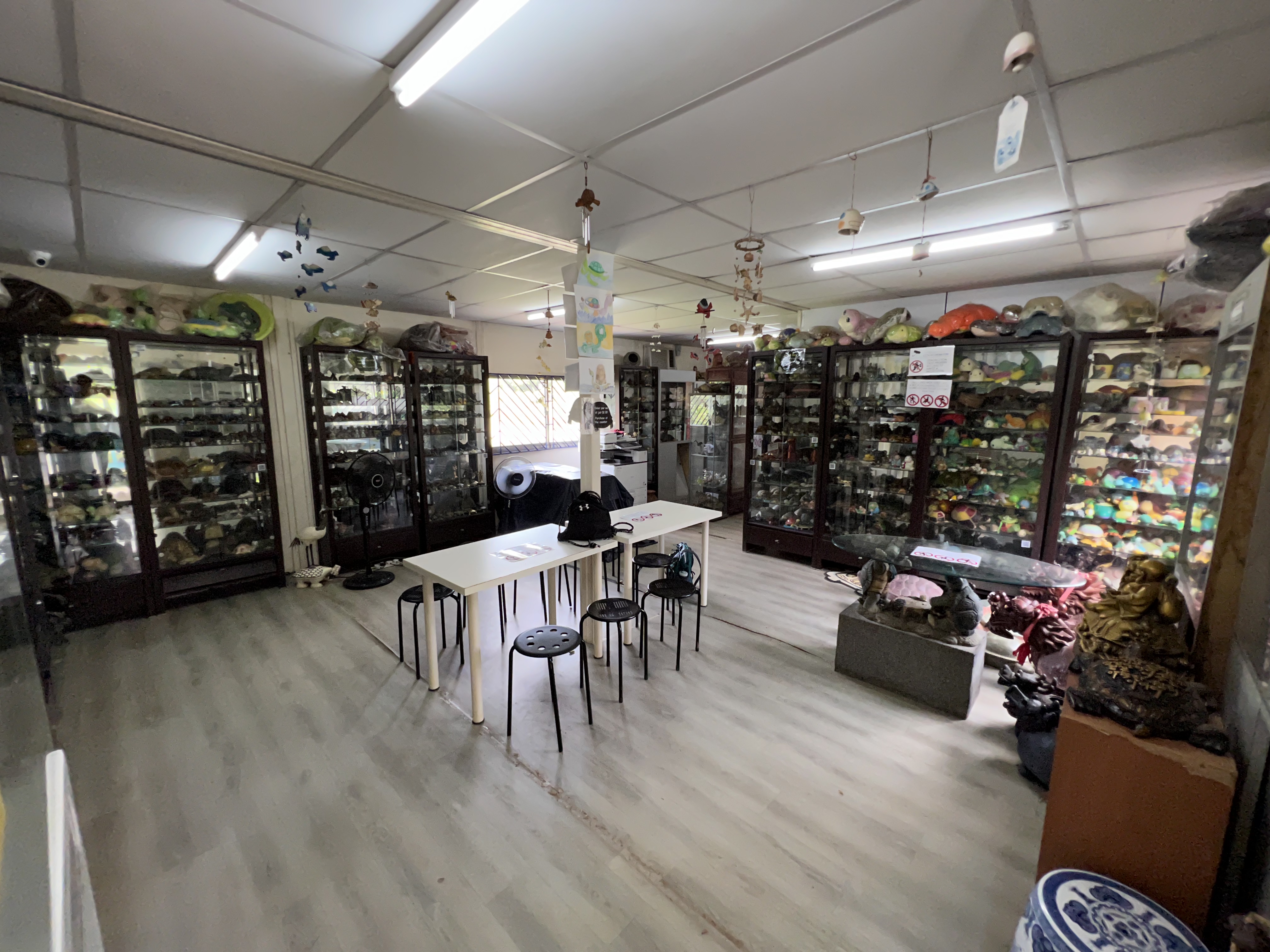 Tan was confident that the work at the museum, which has been going on for 21 years, will continue.

"It's something worthy," Tan said.

Tan shared two concerns for her museum in the future other than trying to secure a new location.

One of them is the welfare of her live turtles and tortoise.

It remains to be seen how well they will adapt to the new environment when the move takes place, Tan said. The other was finances.

"My [biggest] worry is I don't have enough funds to build a new place", Tan expressed.

Since future plans remain uncertain, commitments to potential donors on how funds will be used cannot be made.

Tan hopes to shift some time in the first or second quarter of 2023, ahead of the June deadline.

All images by Gawain Pek.