ORTO Park and Kampung Kampus, located in Yishun, are likely to be affected by the changes made to the Urban Redevelopment Authority's (URA) Master Plan.

ORTO Park is a popular multi-recreational area where people can jump on the trampoline, play paintball and fish.

The Live Turtle and Tortoise Museum, formerly located at Chinese Garden, has also moved into the space recently.

A lesser-known area right beside ORTO Park is the rustic eco-village Kampung Kampus, where sustainable workshops and farming communities are located.

The nature-inspired campus is managed by Ground Up Initiative (GUI), a non-profit community who has been a strong advocate for sustainability and nature.

URA's Master Plan is a land-use plan that acts as a blueprint to guide Singapore's development needs over the next 10 to 15 years.

The URA reviews the Master Plan every five years according to the local and global trends to meet the needs of Singaporeans.

The newly drafted Master Plan 2019 was released recently, which supposedly has the intent to create "inclusive, sustainable, and green neighbourhoods with spaces for community and amenities for all to enjoy".

However, the new Master Plan also came with changes which might be disruptive to existing communities.

Set to be residential zone

Kampung Kampus and ORTO Park are currently located at a plot of land called Lorong Chencharu.

The area was previously gazetted as a reserve site, coloured in yellow in the 2014 Master Plan.

This means that the purpose of the land was undetermined.

Lorong Chencharu can be seen from the map below as marked in yellow with the location tag. 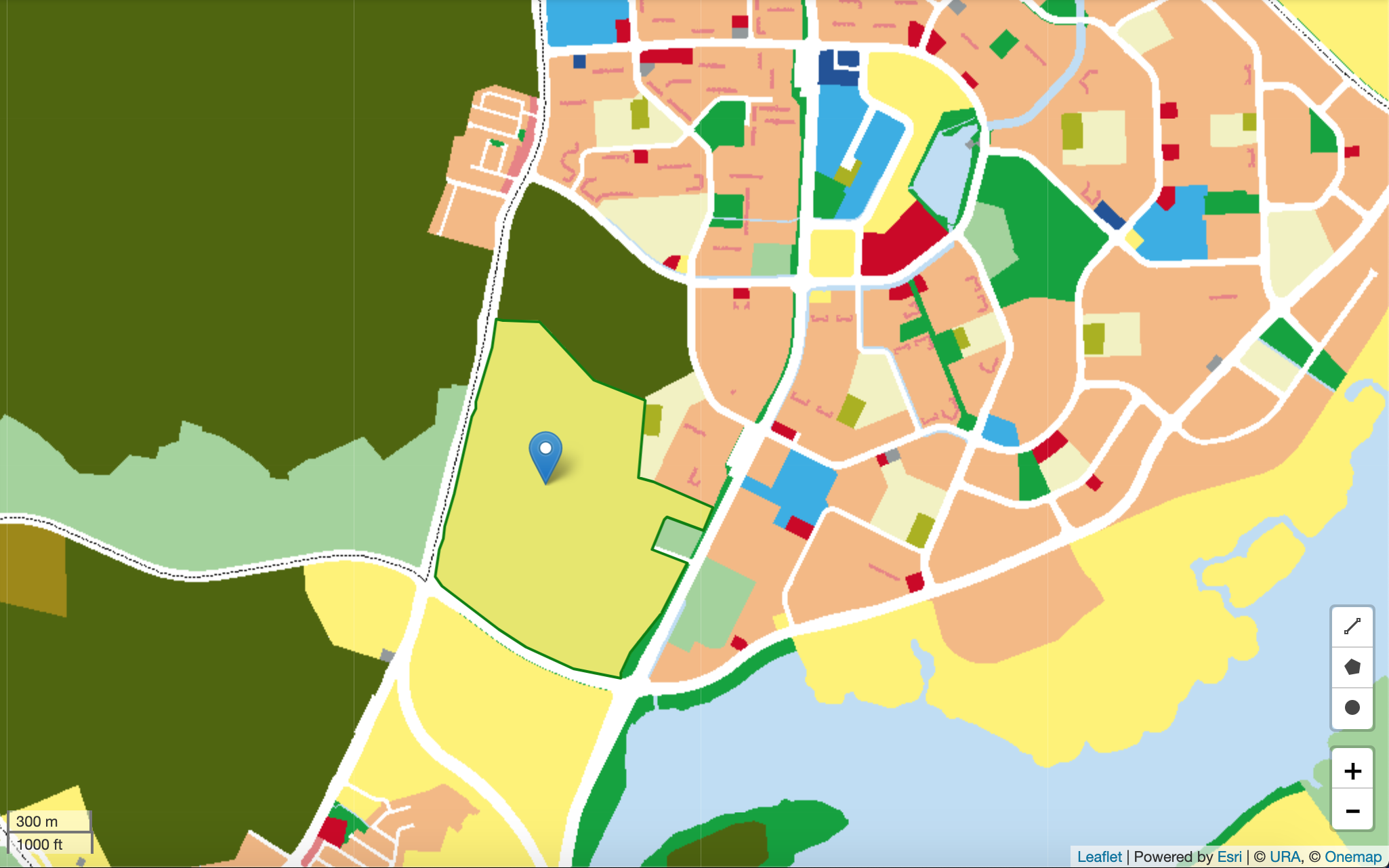 In the newly drafted URA Master Plan 2019, the entire area of Lorong Chencharu has become a residential zone instead of a reserved site.

All residential zones are marked in beige on the map, including Lorong Chencharu. 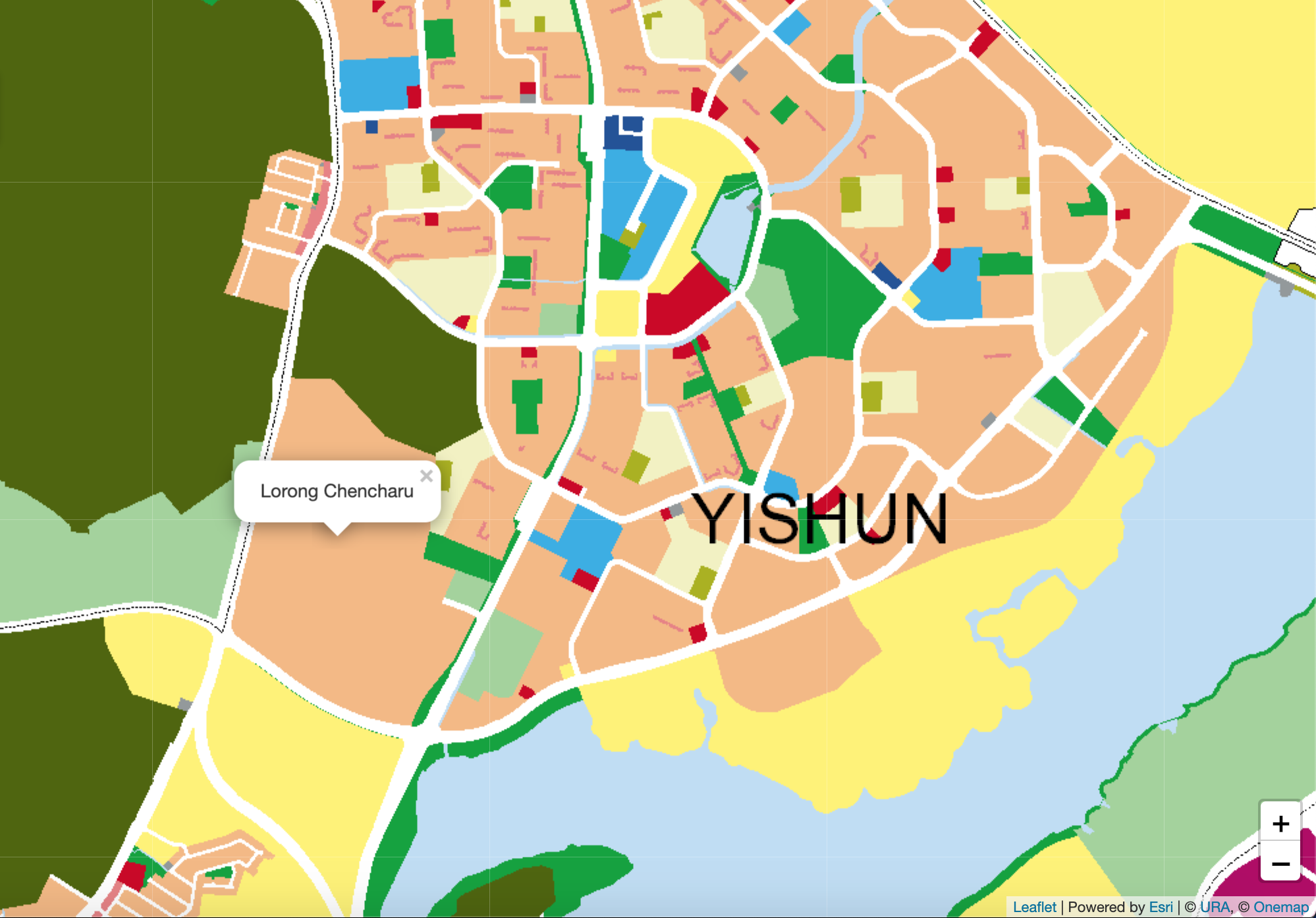 A call for compromise

The release of the Draft Master Plan 2019 has prompted one Singaporean to write an open letter to URA to call for a compromise in the changes made to the land-use plan for Lorong Chencharu.

The letter acknowledged the need for more housing estates to meet the demand of a growing population.

However, the writer also emphasised the importance of Kampung Kampus to the local community and how it can value-add as a neighbourhood park.

"The majority of housing estates have a neighbourhood park – let the Kampung Kampus fulfil this requirement, along with its facilities and programs that will also help to build cohesive communities for the new town."

The open letter hopes that URA and GUI can come to a compromise -- instead of redeveloping the entire Lorong Chencharu area, GUI's Kampung Kampus has been requested to be retained.

A short term time extension for the land was also recommended to properly assess the community benefits of GUI before URA comes to a final decision.

You can view the open letter, which was shared by social enterprise GUILD on Facebook, in its entirety below.

A hidden gem in Yishun

Kampung Kampus has been a hidden gem of greenery nestled in the urban heart of Yishun.

The letter shared that Kampung Kampus has been a "living classroom' and its occupants had 'touched more than 100,000 lives in Singapore with its programmes and outreach as of 2018".

"New homes can be built anywhere but a decade-old community and space, self-built brick by brick, cannot be re-built once torn down.

To date, we have engaged over 20,000 volunteers, many of them regulars, old and young, locals and foreigners alike. The community presents an existing, working model of sustainable living in Singapore, providing a space for the elderly to remain active and for children and families alike to learn from Nature and strengthen familial bonds."

The space is used to conduct sustainable programmes, such as engaging in farming activities and woodworking workshops.

Help to keep the Kampung alive

As a non-profit organisation, GUI is also calling for funds to help sustain the Kampung.

Individuals can pledge various sums, the money from which will contribute to the space's maintenance costs and keeping their community programmes free.

One can pledge to donate, as well as view their cost breakdown, here.