The contents of its website, foodking.sg, have been replaced with plain text on a white background saying:

Food King has officially shut down.

Thank you for supporting us." 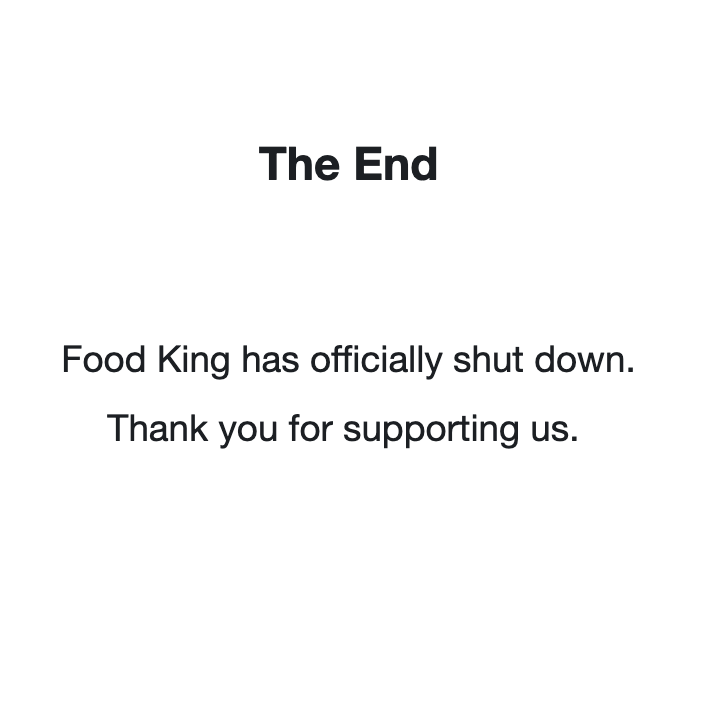 Meanwhile, the "Food King by NOC" playlist on YouTube is no longer available, though it still displays the relevant numbers reflecting the one-time popularity of the series: 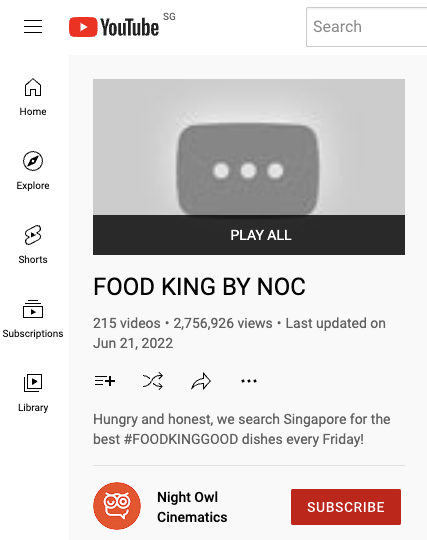 The Night Owl Cinematics YouTube channel, where Food King videos would be published, appears to have had all its content taken down as well: However, the Food King videos embedded on NOC’s website are stated to be “private”, and may not have been deleted: The video, featuring behind-the-scenes clips of the team, said Food King was "never about onscreen personalities or our bosses".

Instead, "it's always been about food and the people who enjoy food," the video's captions said.

The team thanked "loyal fans and clients", and even "loyal haters for fanning the flames in us".

The announcement regarding Food King is the latest in a series of upheavals at the production company, sparked by anonymous allegations about its workplace culture in late 2021.

In the aftermath, NOC co-founder Ryan Tan parted ways with the company.

In January 2022, co-founder and CEO of NOC, Sylvia Chan, outlined her plans for NOC moving forward, saying it would pivot from being an "influencer-led company" to a "content-driven one."