Singaporeans were treated to cool temperatures across the country on Sunday (Sep. 18) morning following a period of thundery showers.

As of 10:47am on Sep. 18, temperatures in Singapore were recorded to be between 22°C and 24°C, according to the Meteorological Service Singapore (MSS).

The lowest temperature of 22.1°C was recorded in Newton. As of 11:07am, temperatures across Singapore started to increase slightly, but remain below 25°C.

The highest temperature at this timing was in East Coast Parkway at 24.2°C. 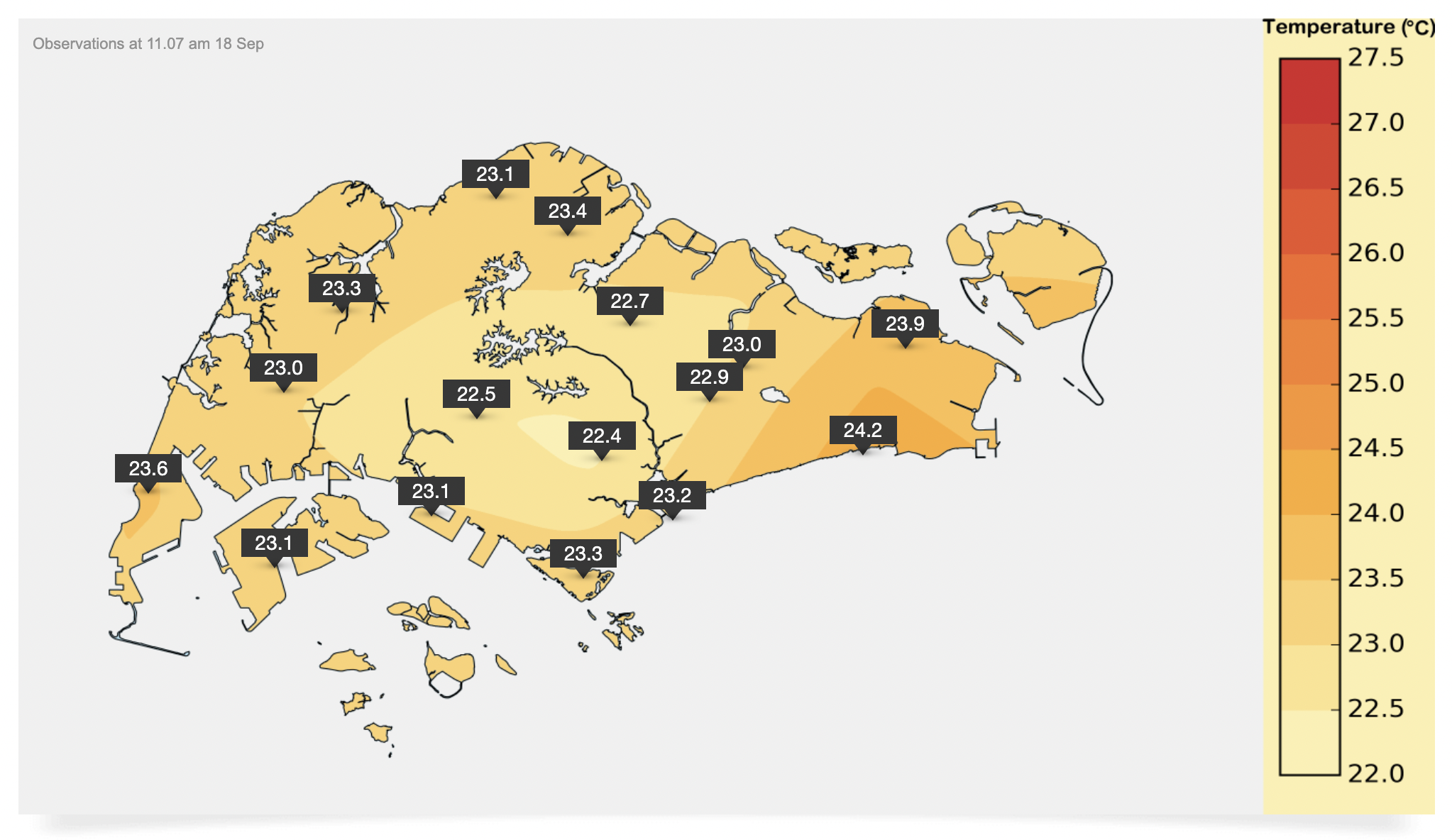 More rain in second half of September 2022

According to MSS, more rainfall is expected in the second half of September 2022 compared to the first half of the month.

Short-duration thundery showers can be expected between the late morning and afternoon on most days as the prevailing Southwest Monsoon conditions are forecast to persist over Singapore and the surrounding region.

However, MSS stated that a few warm days could also be expected, particularly during the third week of September 2022, where maximum temperatures could reach around 34°C.

For the remainder of the month, the daily temperature on most days is forecast to range between 24°C and 33°C.

Top image by via MSS & Unsplash.