Naomi Neo is no stranger to public scrutiny.

In 2020, the 26-year-old influencer received unprovoked criticism when she bought a Lamborghini.

Uploaded on Aug. 11, the video shows Neo and her husband pranking Kyzo with a ghost filter that has been trending on social media.

At the time of writing, it has racked up 23 million views.

The couple set up the phone with Kyzo directly in front of it, then bolted out of the room as the filter came on. A floating ghost then materialises on screen.

Seeing the apparition, the four-year-old appeared terrified and rushed to the door, desperately trying to open it, only to find it locked.

With his panic evident in the video, online users have accused Neo of traumatising her son for TikTok views and criticised her parenting skills.

On Aug. 15, Neo responded to the minor furore with a second TikTok. 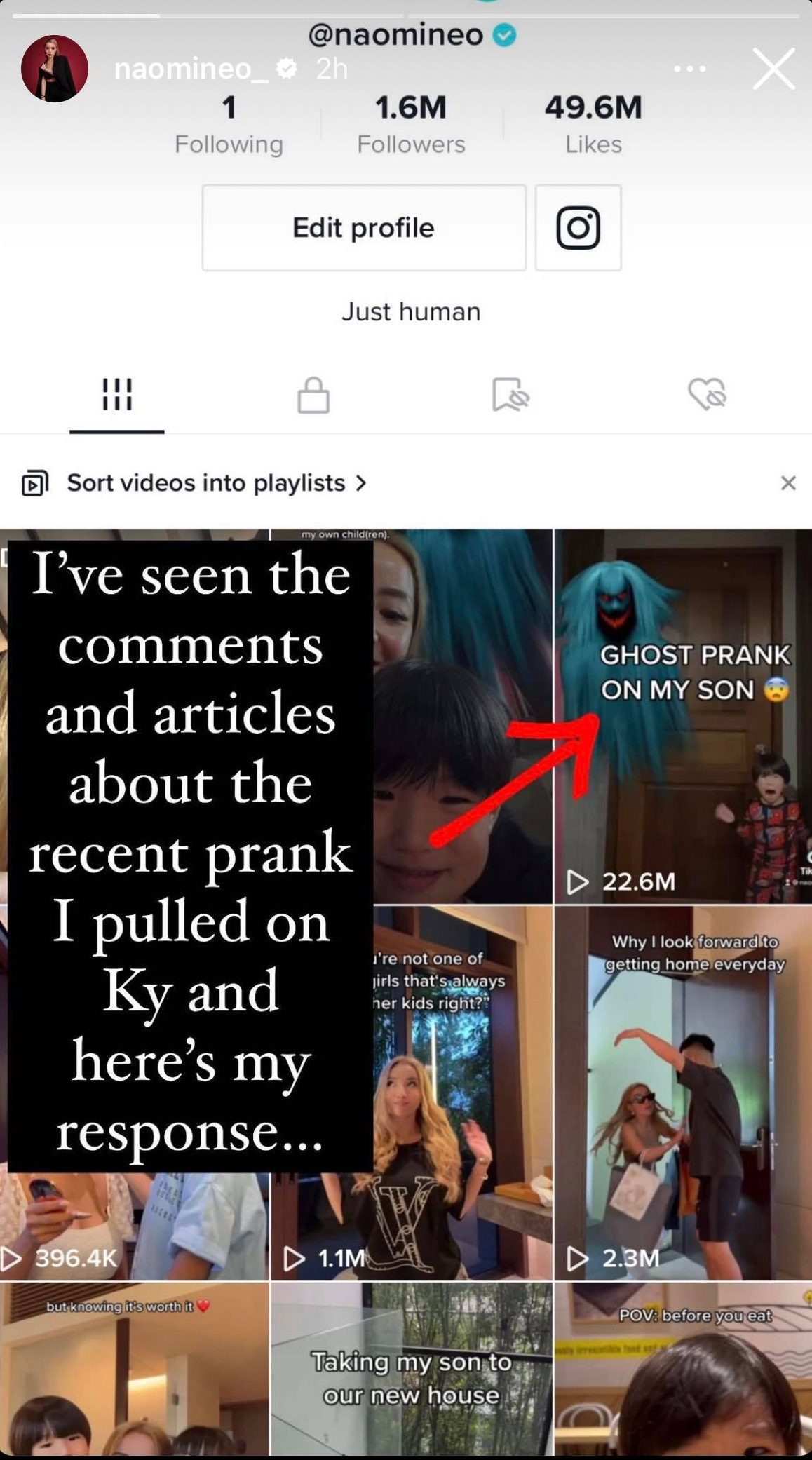 "Appreciate the advice, but let’s not tell a mom/dad what works best for their kids," Neo captioned.

In the new video, Neo and Kyzo use the same ghost filter, except Kyzo is calm and smiling.

Later, the child requests to use the filter and view the video again.

When asked by his father if the ghost is real or fake, Kyzo immediately answers "fake".

Neo also added in the video that she would never deliberately do anything to hurt her children and that it's about "having fun with guidance" for them.

@naomineoAppreciate the advice, but let’s not tell a mom/dad what works best for their kids.♬ suara kuntilanak - solehudin1294

Following Neo's response, several users have expressed their support for her.

Congratulations! You have made it to the end of the article (whether by speed-scrolling or otherwise). This alone qualifies you to apply for the role of a Lifestyle & Entertainment writer at Mothership. Click here to find out more.
Top image via Naomi Neo's TikTok page