In the 458347th piece of Jackson Wang-related news that you probably have heard of by now, the singer hosted a party at Marquee nightclub on Aug. 6, 2022.

With tickets sold out before the event, Marquee announced on its social media platforms that more will be sold on site in limited quantities, on the day of the party itself. 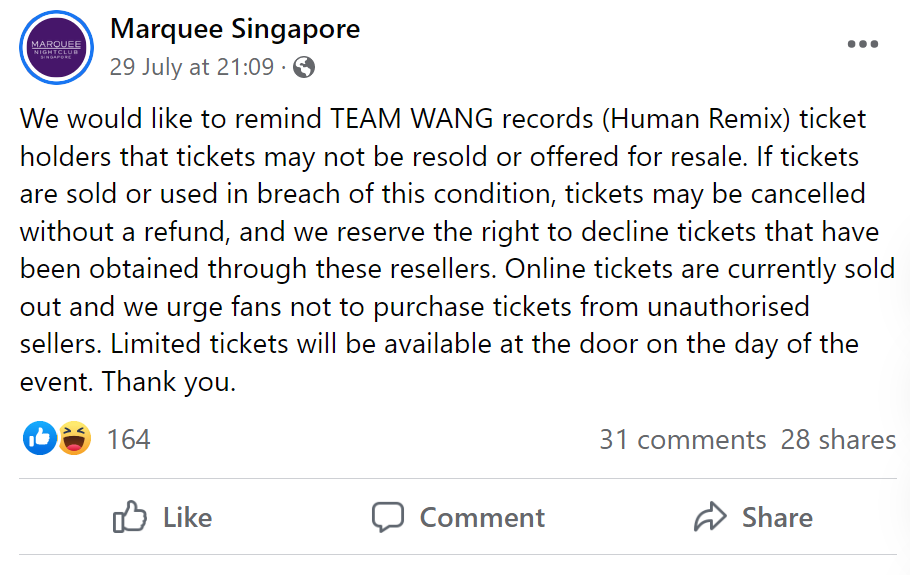 On the day of the party, fans who didn't manage to get the tickets prior turned up as early as 4am to queue.

And I know that because I was one of the fans who turned up bright and early at 10am, when the party only starts past 11pm (don't flame me please I promise I am a productive member of society).

Fans dressed in the party's theme (black) were seen crowding outside Marina Bay Sands (MBS), at a loss on where they should queue to purchase the tickets as no official signboards were put up.

At around 11am, however, I left the area to hang out at MBS, popping back twice in the afternoon to check in on the situation.

The real wait began past 4pm, when I started milling around with the rest of the fans again.

Queues for General Admission only started forming around 7:45pm, and there was chaos in the mall as a surge of crowd was seen hurrying towards level one.

Not wanting to lose the chance to catch my oppa, I too, rushed towards the General Admission queue to secure my spot.

The newly formed queue consisted of a mix of passers-by who came around 6pm to 7pm and die-hard fans who have been in line since the early hours.

When it finally got to my turn around 11:15pm, Marquee's management informed the fans that only VIP tickets priced at S$200 were available.

As a determined fan who sneaked out of my house to queue at 10am, I most definitely paid a hefty price of S$200 to enter the club.

However, this did not go down well with everyone, it seems—fans in front of me (students, I found out later) were shocked by this announcement, as they were under the impression that they were queuing for S$70 tickets under General Admission.

Well, they still went with it as this was the only chance to catch Wang live. Oppa 1: Money: 0.

Clad in his signature all-black look, Wang appeared around 1:25am, bringing the crowd to an all time high.

At one point, he splashed a bottle of water among the crowd, with fans hoping to get sprayed.

Of course, I was one of the lucky ones to have been blessed by the heavenly Wang water.

Wang was also seen pointing to fans and getting them to bask in the atmosphere.

When oppa asks you to drink, dare you say no? (editor: this writer is out of control.)

All is worth it when you get to your idol waving at you, although I feel like the queue system could been better managed for fans who turned up in the wee hours.

People who didn't need to pay to see him