Actors Glenn Yong and Eleanor Lee are in a bit of a kerfuffle, it seems.

Although the latter is better known as "Eleanor Lee", this exists as a stage name, with her real name being "Yu Kai Xin".

Yong, 25, and Lee, 22, have been to multiple sessions of Case Management Conferences (CMCs) since April 2022, with the nature of the case classified under the Protection from Harassment Act (POHA).

CMCs is part of a civil process where the court assists both parties to resolve the dispute without going to trial, among other things. 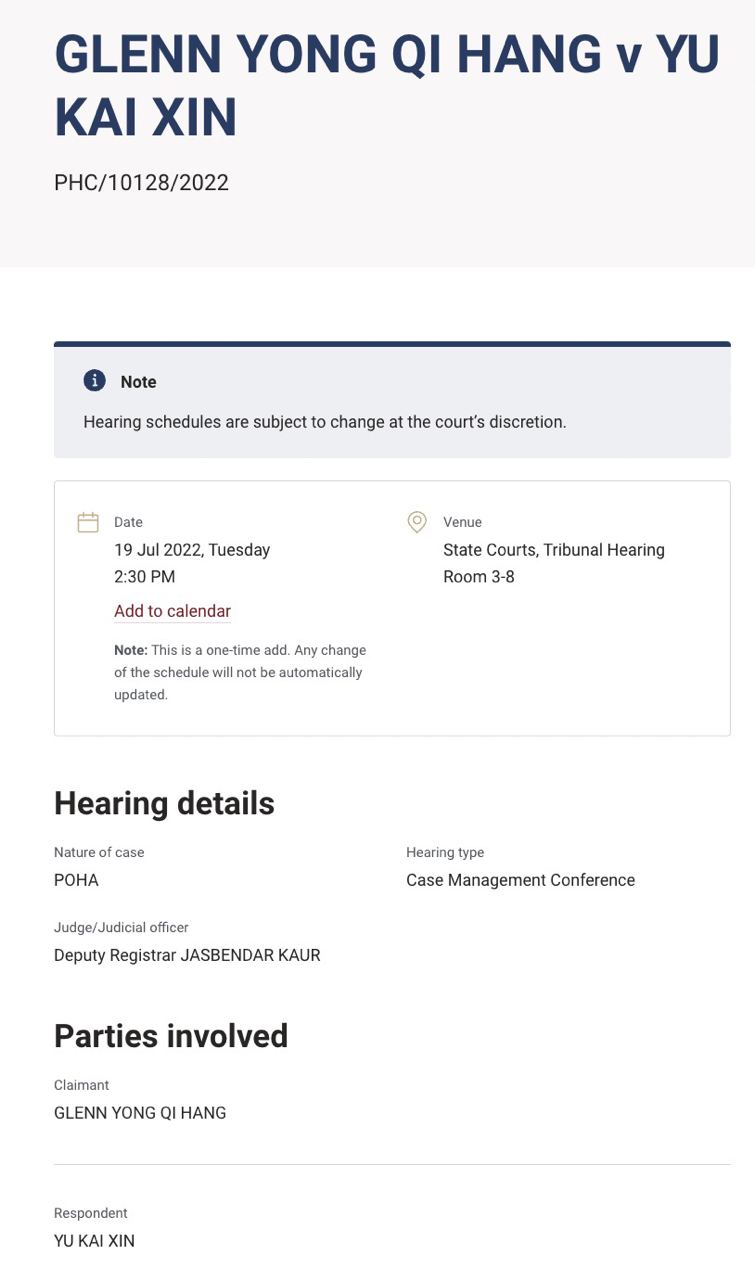 No direct/concrete details pertaining to the case have been publicly released by either parties since the CMCs have started.

In late March 2022, Yong posted a series of Instagram Stories to reveal that he was being harassed by an anonymous user online.

The alleged harassment, which also targeted his friends and family, had started in late 2021.

A police report has already been made, he added then.

Although the Stories were previously pinned to Yong's profile highlights, they have since been removed.

Here's a couple of them: 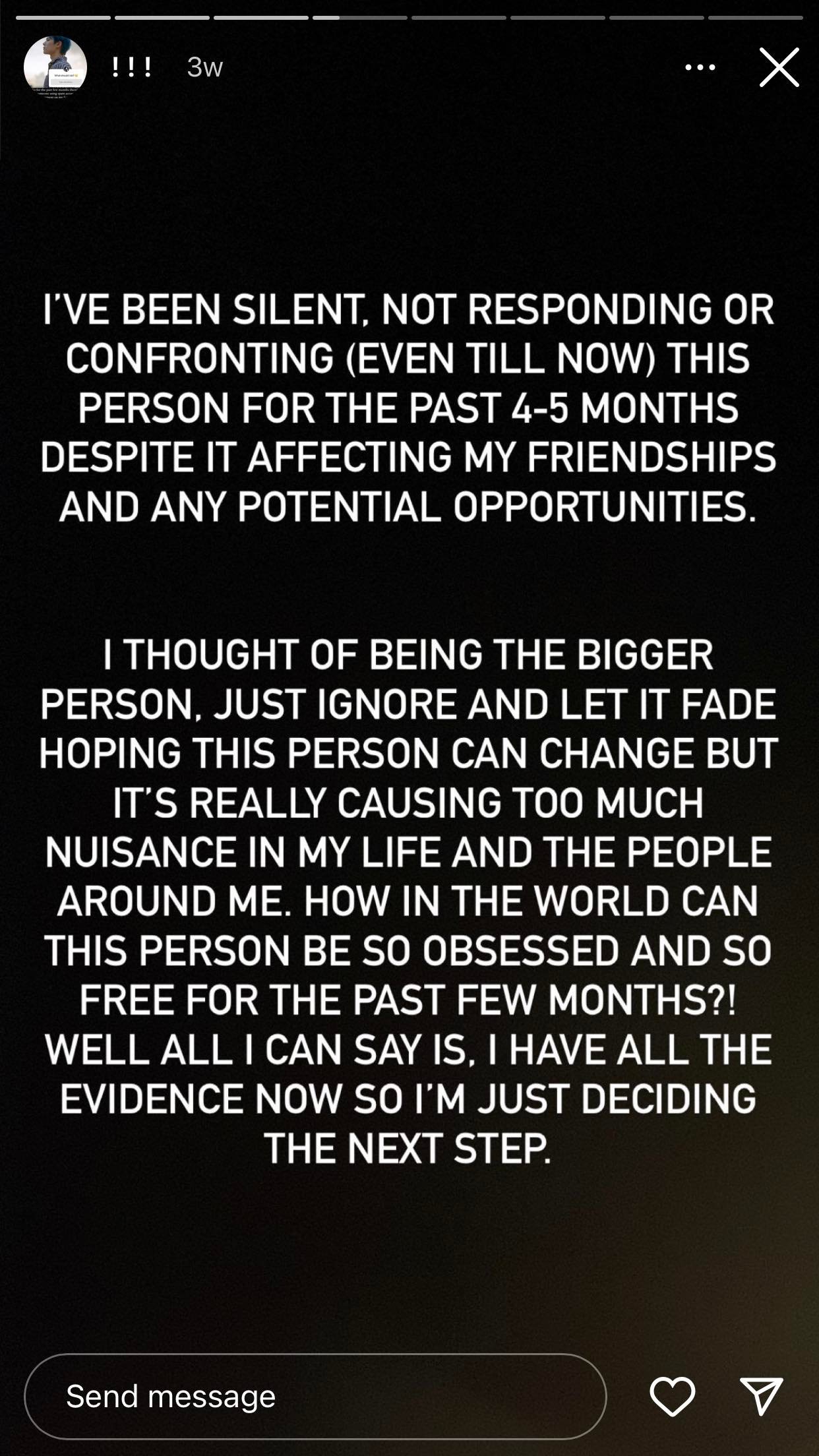 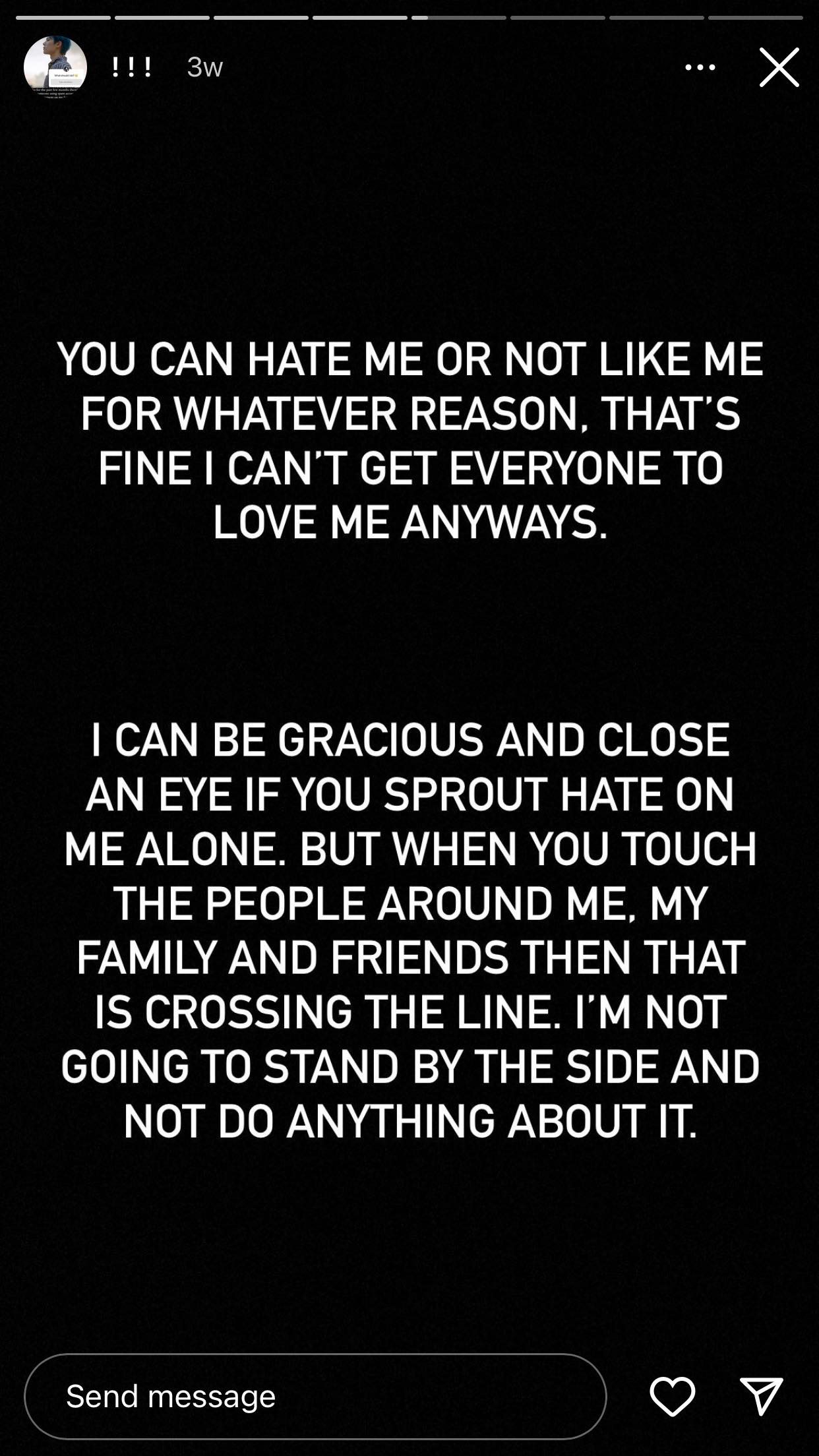 Yong also mentioned in a recent interview with us that a former close friend was sabotaging him, although he did not specify a timeline.

The former friend had allegedly gone around “attacking” just about everyone around him, including mutual friends, colleagues and fans, for months.

When asked if this person had anything to do with the police report he made in March, Yong declined comment.

Mothership has reached out to Lee several times since April 2022.

We received a response from Lee's party today (Aug. 7) that they will "check and get back to [us]".