A man who appears to have been utterly disappointed with Springleaf Prata Place decided to give the prata shop another chance recently.

He was served with disappointment again.

TikTok user Atrez React (@atrez) said that he had "banned" the prata shop for a year or so before ordering a salted egg prawn prata again at its Rail Mall outlet on Jul. 14.

The salted egg prawn prata cost S$12.50 but he could not find a single prawn in the prata which he took issue with. 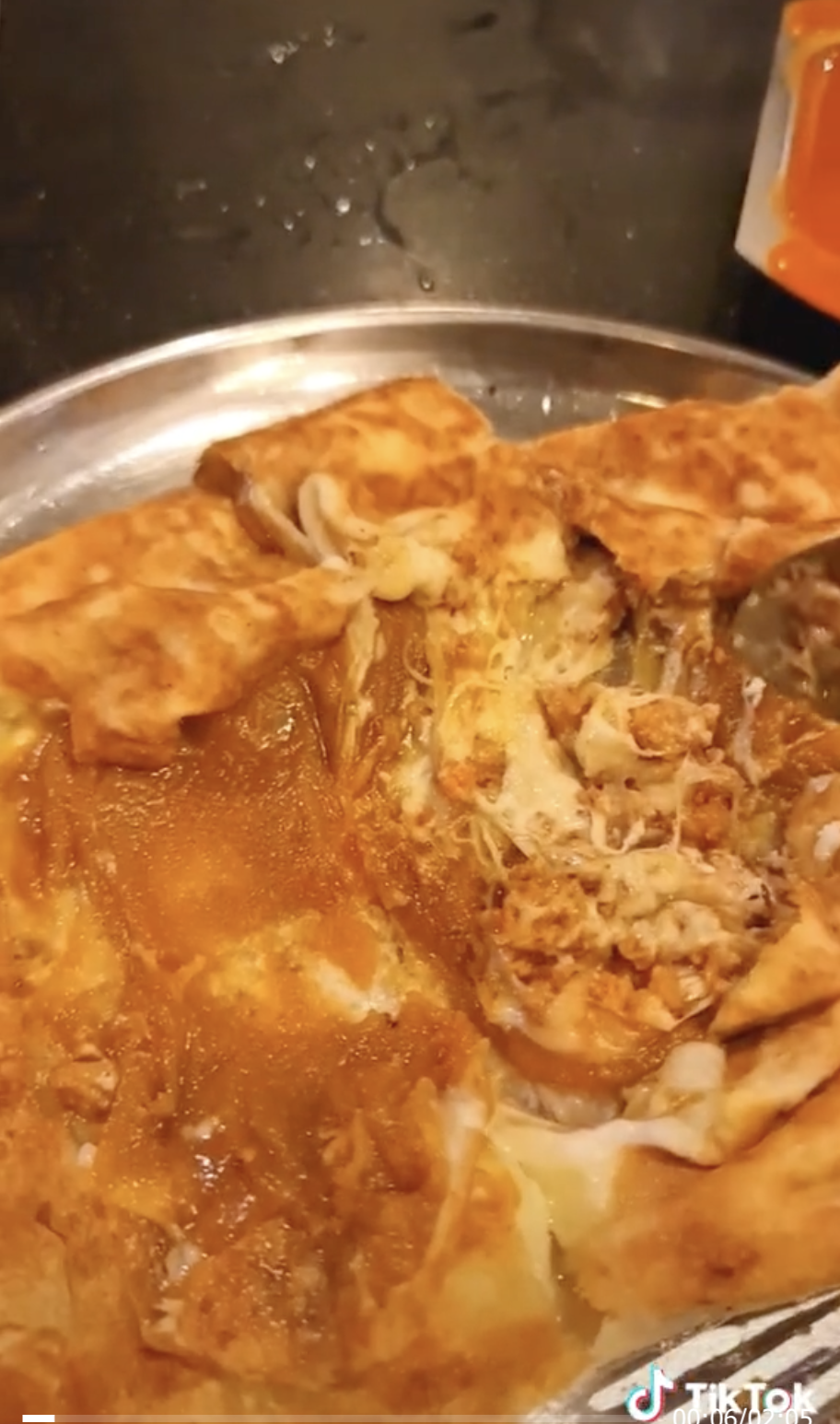 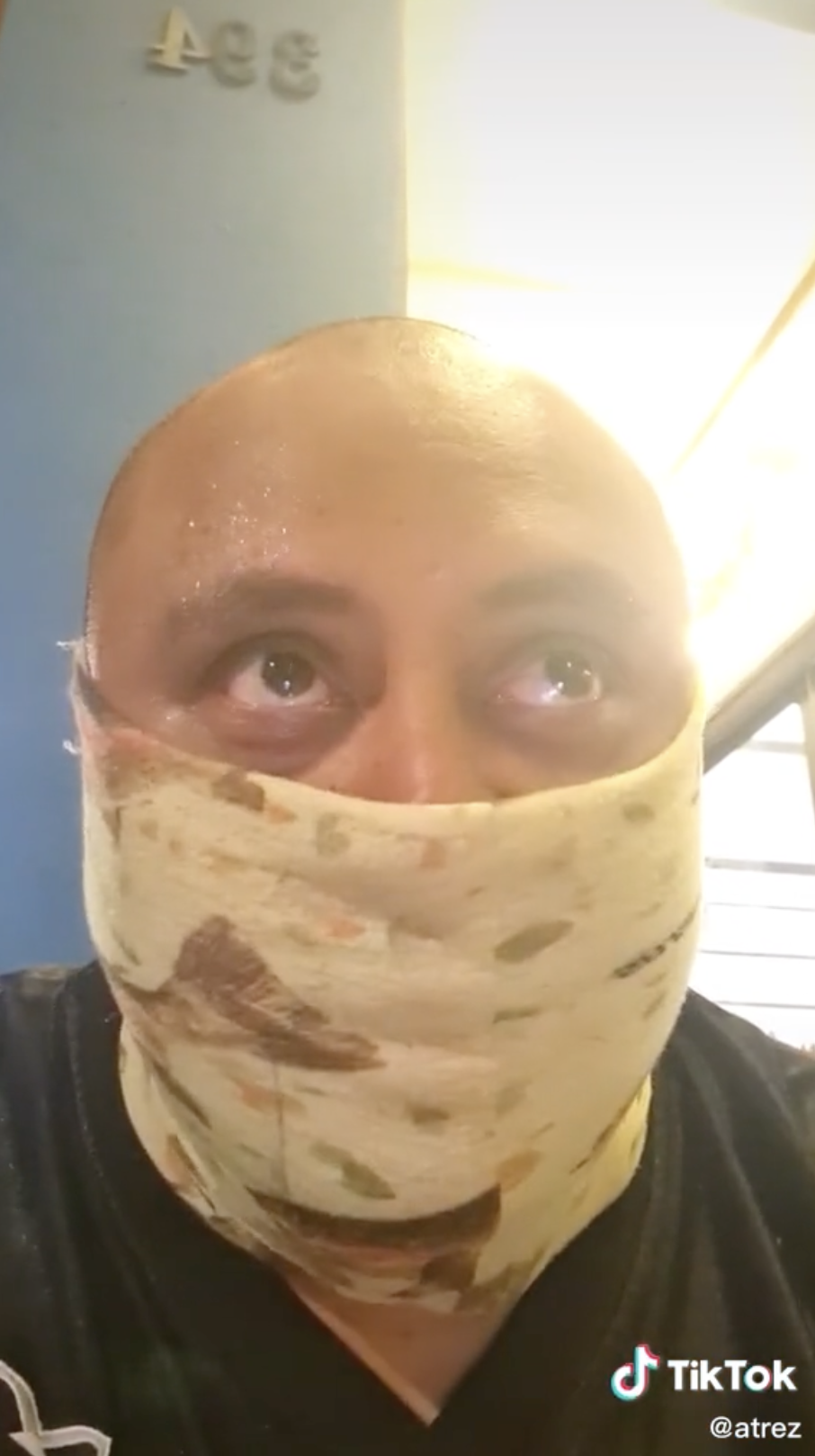 Demand to see the "boss"

He then requested to see the "boss", and apparently waited for around 10 minutes.

The man then filmed himself walking to the shop counter and asked to see the "boss" again.

From the video, one can observe that the indoor seating area of the shop was buzzing with customers.

The man asked the counter staff to get the outlet manager to see him.

"Where's your boss? 10 minutes already. So this one you want me to do what? Throw at your face ah?"

After which, a staff member — supposedly the outlet manager — came out from the kitchen to speak with the unhappy customer.

The manager also took out a packet of ingredients that was used to make the salted egg prawn prata, which did not appease the man as it did not appear to contain any whole prawn. 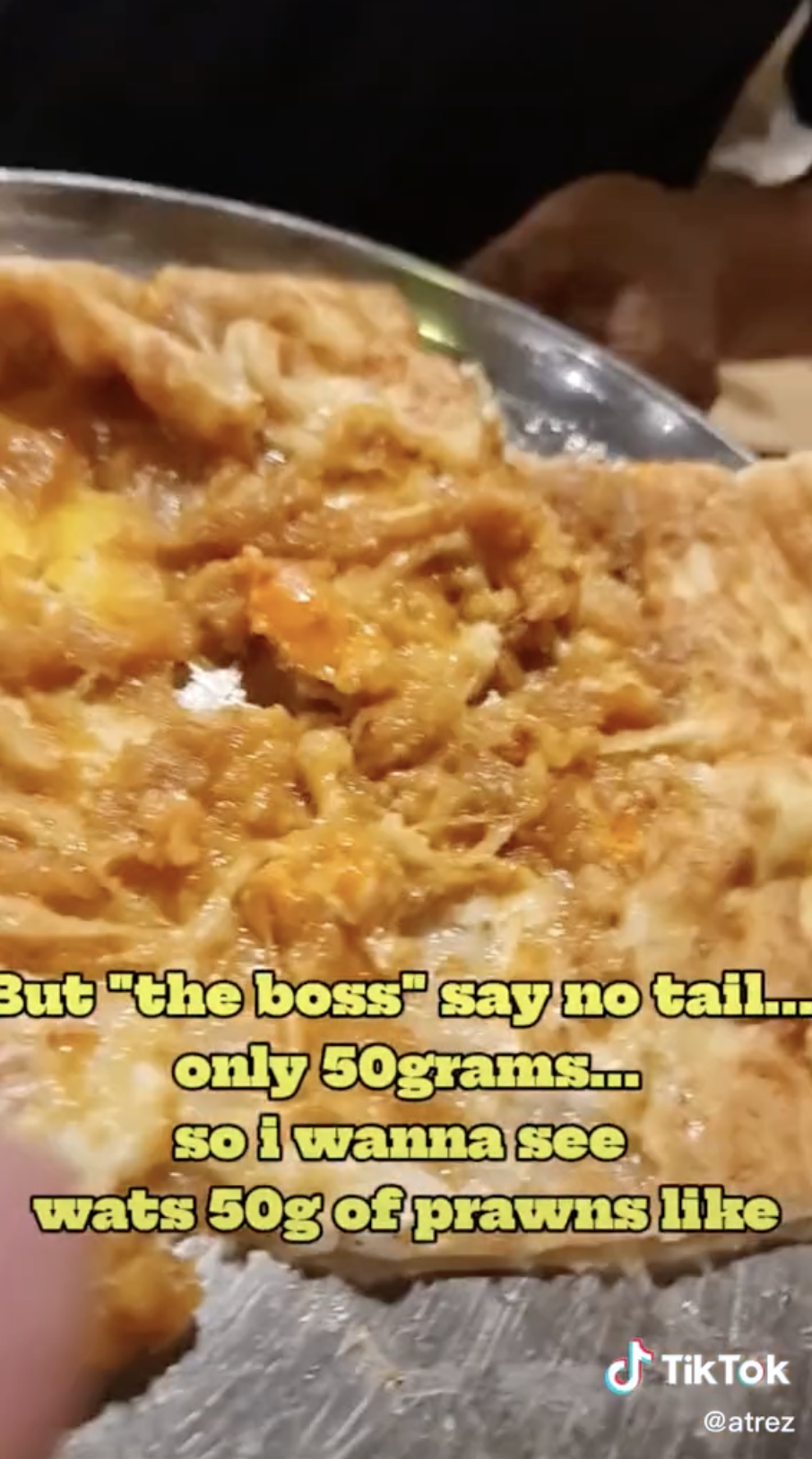 This is the packet of ingredients used in the S$12.50 salted egg prawn prata at Springleaf Prata Place Rail Mall: 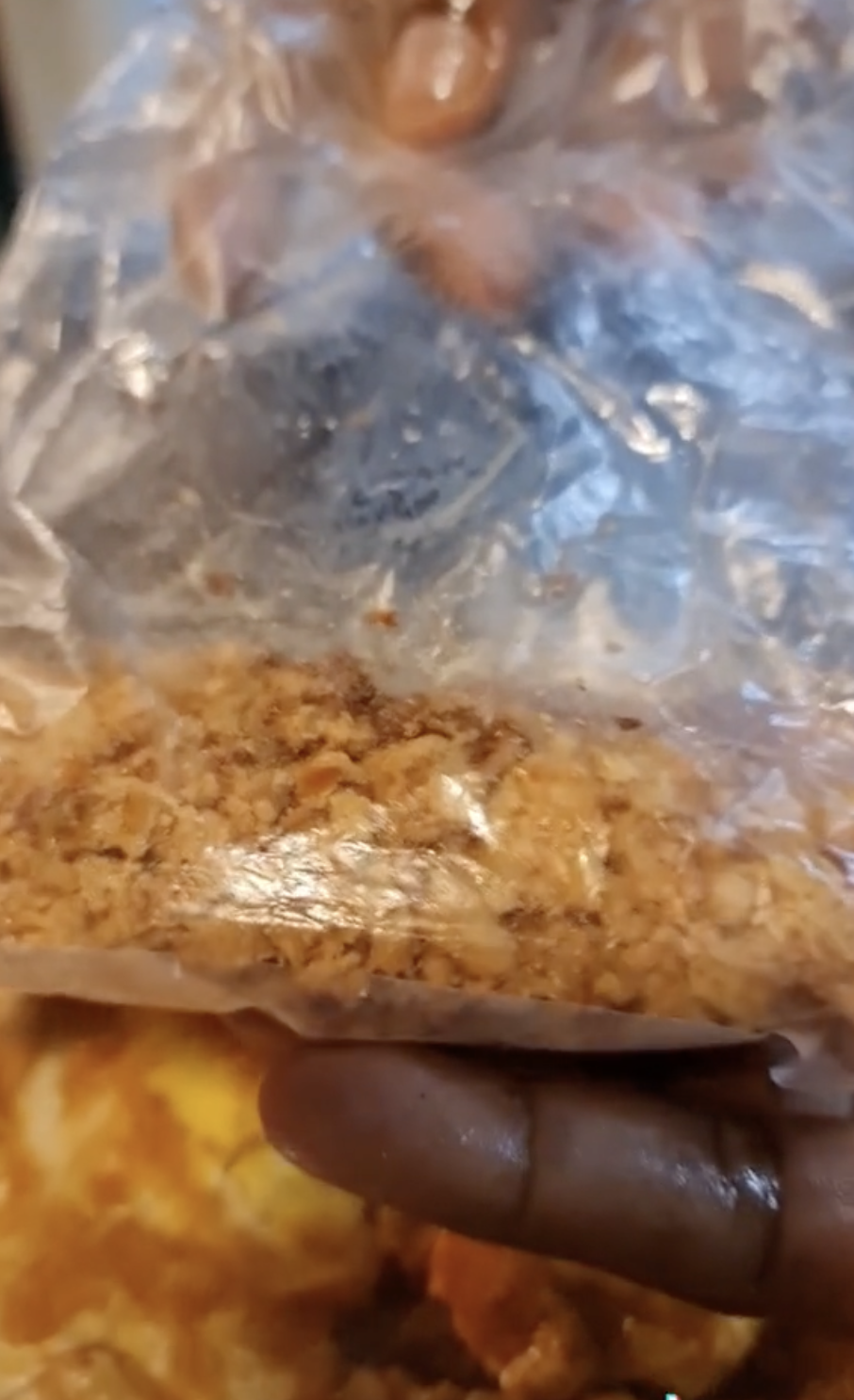 Towards the end of the two-minute TikTok video, the man gave a huge thumbs down. 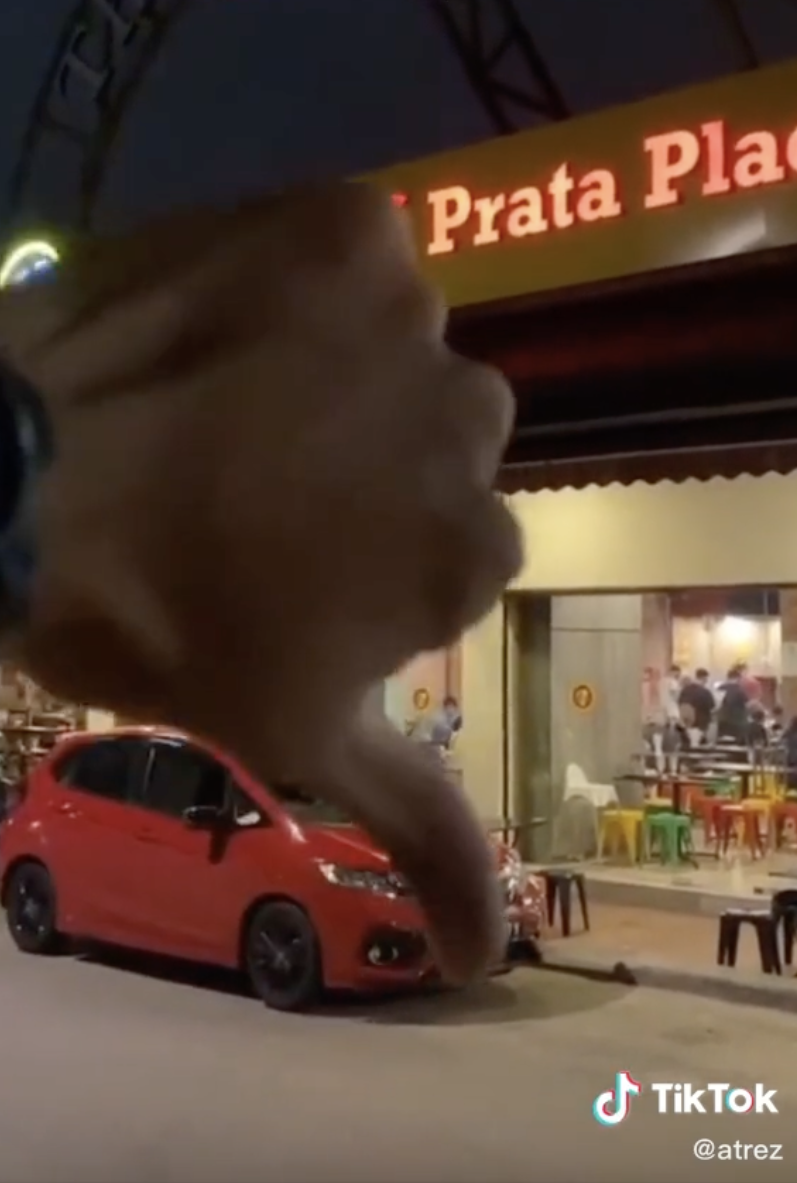 Some TikTokers disagreed with how @atrez handled the situation, and he admitted that his approach might have been a little harsh. However, he added that he felt the staff members had a "bochup" (couldn't-care-less) attitude.

In response to the customer's rant on TikTok, Springleaf Prata Place put up a statement, also their first video post, on the platform. 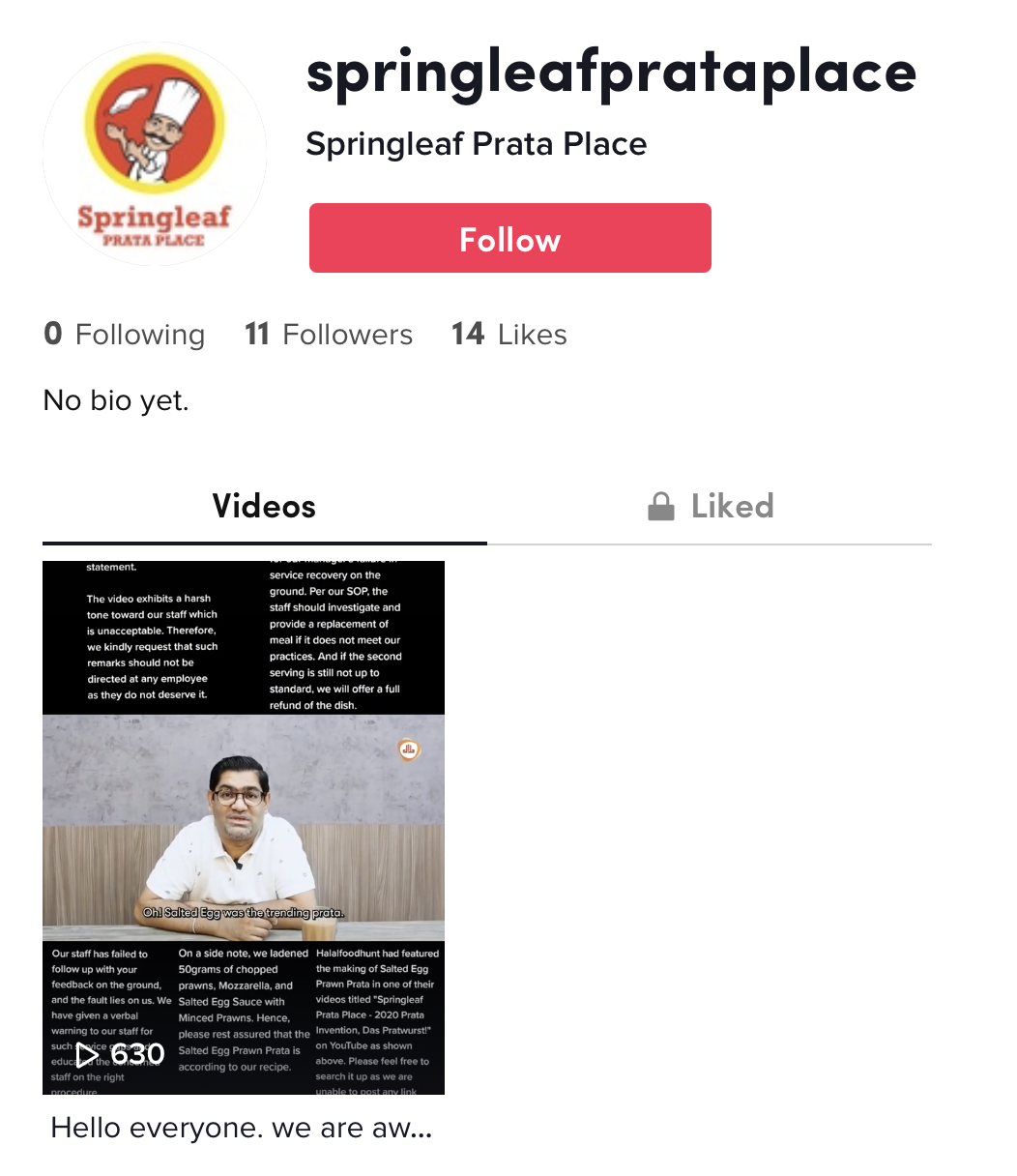 The prata shop said that the "harsh tone" used on their staff was "unacceptable".

It also apologised for not being able to deliver a satisfactory service recovery on the ground for this disappointed customer.

A replacement or a refund should have been made, said the prata shop.

The prata shop also clarified that it was not 50g of prawn used in the salted egg prawn prata, but 50g of chopped prawn, cheese and salted egg sauce with minced prawn. 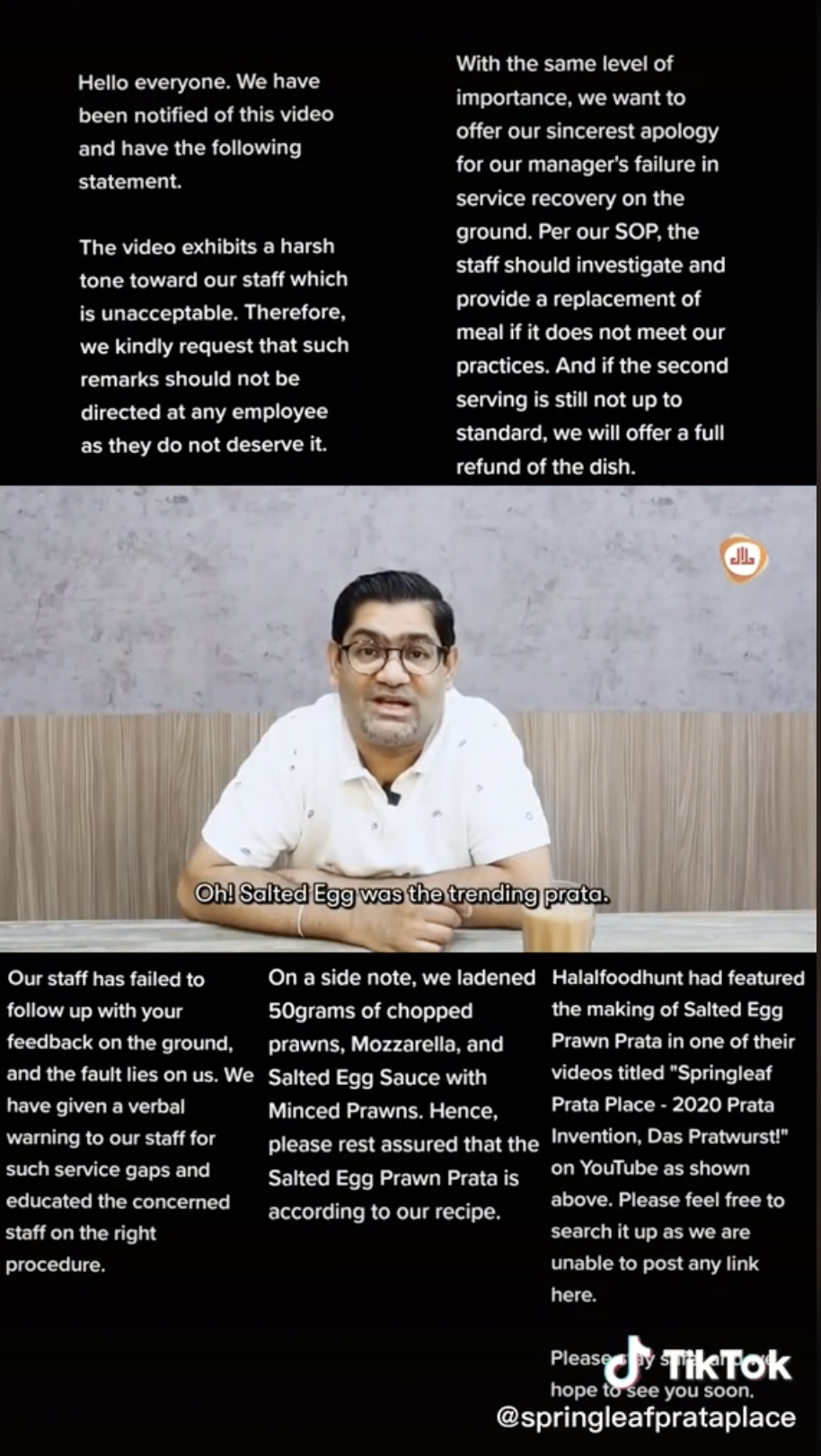 @atrez subsequently also posted the conversation that he had with Springleaf Prata Place on Instagram via direct messaging.

It seemed that the customer's high expectations of that product had been created by a video by Halalfoodhunt, which raved about the generous serving of prawns. 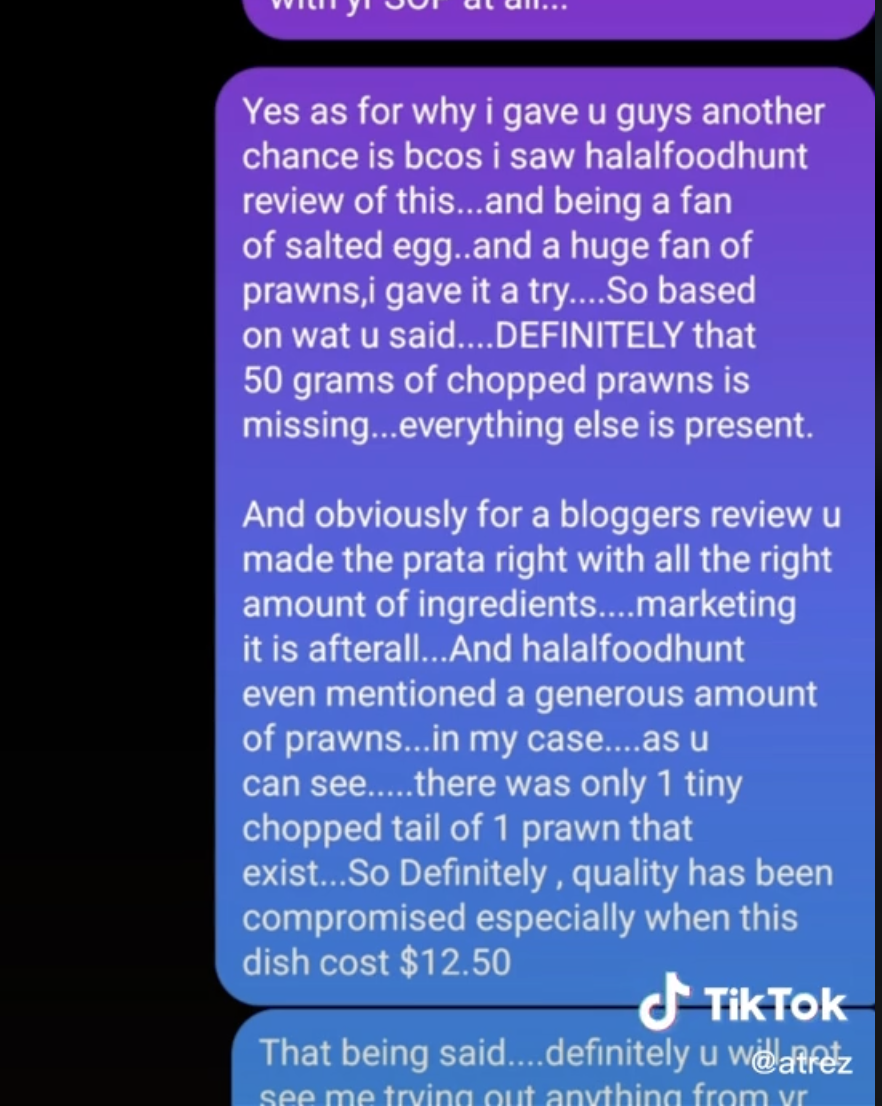 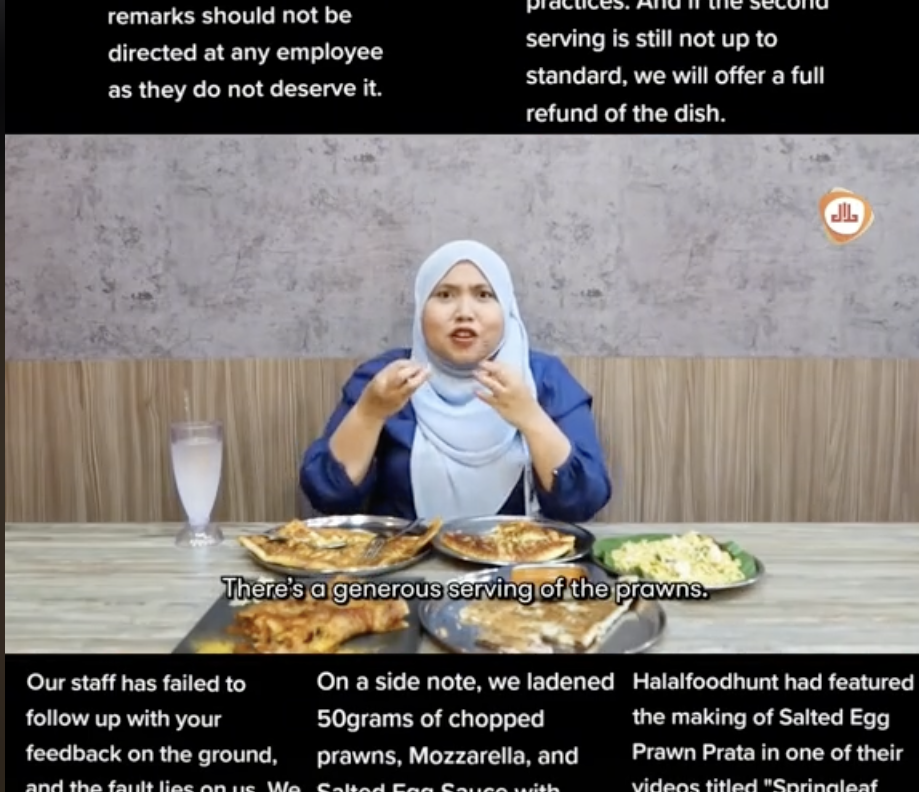 The video also showed some curry leaves and minced prawn used in the making of the prata which indeed looked vastly different from the mix of ingredients shown to the angry customer at Rail Mall. 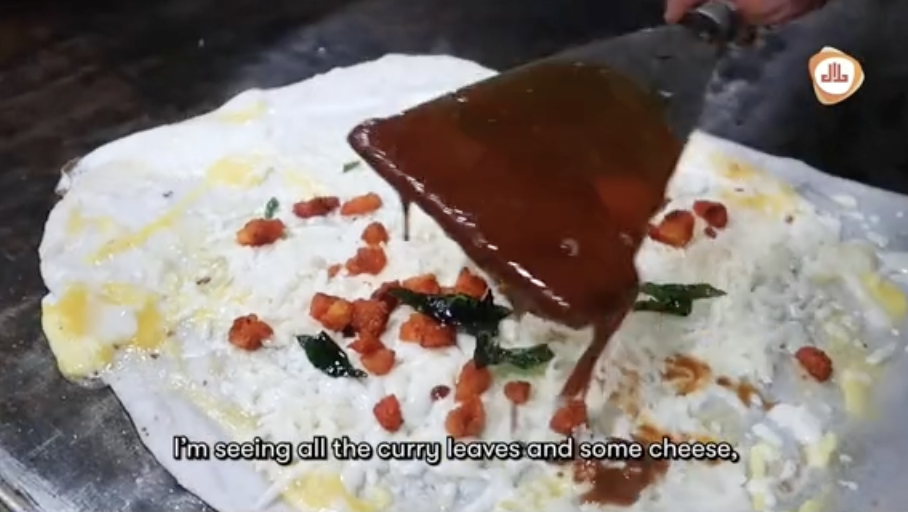 In a later post, @atrez wrote that he had a long day and was upset by the staff members' attitude at the shop.

He said he felt bad about the way he treated the staff member and apologised for what he said to the staff that evening. 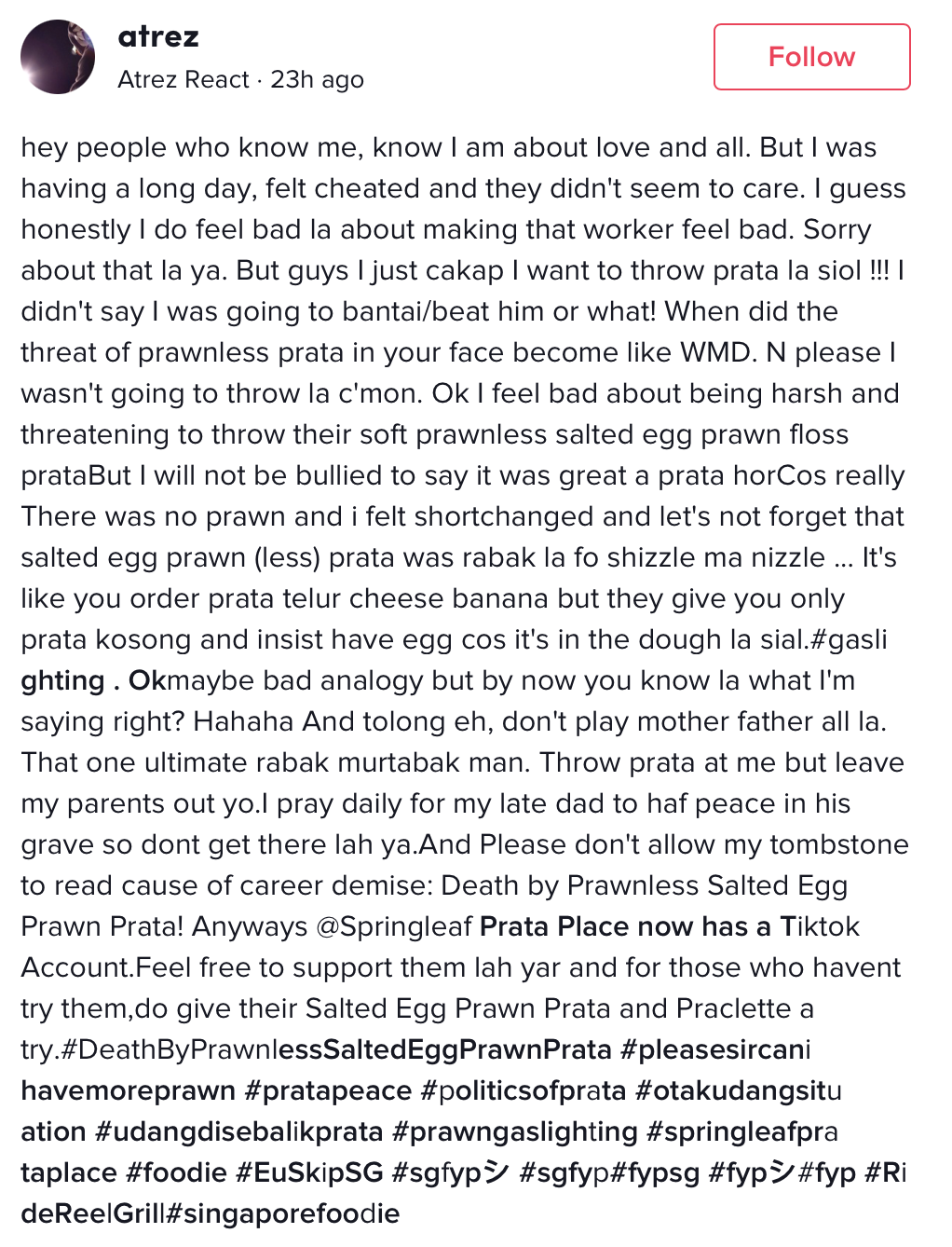