One Facebook user who uploaded the dashcam footage, Linni Malik, said the videos were shared with her by her son-in-law, whose father drives the Toyota Alphard. More photos and videos were also posted by user Mhzq Ziq, who identified himself as a family member of those in the Alphard on that day.

The black Toyota Alphard was the vehicle that had its car plate unceremoniously yanked out and thrown at its windscreen.

The first clip, about 1 minute long, appears to show what happened before everything blew up.

It starts with the Toyota Alphard veering right, presumably to change lanes.

At the same time, a red Kia ferrying the woman creeps in from the right and inches ahead.

With the vehicles stationary due to a jam, the woman's window winds down and she sticks her head entirely out of the vehicle, likely to examine its surface.

Prolonged inspection takes place before the woman retracts into her vehicle to retrieve her mobile phone.

She begins filming the Alphard from her car.

The Kia’s left side mirror appears out of place, suggesting that the two vehicles came into contact with each other at some point before the Kia overtook the Alphard.

The Alphard driver later told the police that he decided to overtake the red Kia as it "did not move" when traffic moved, according to a photo of the police report uploaded by Mhzq Ziq.

The second video, which lasts 37 seconds, begins with the woman putting her phone away.

As the red car continues to move forward, the woman sticks her upper body out of the vehicle once more to wipe its door.

At two points in the video, she turns and stares in the Alphard's direction.

A while later, the Alphard successfully switches lanes to be directly behind the red car.

A third video shows what happened after the Alphard changed lanes.

After a while, he turns and walks back towards the Alphard. The woman has her phone pointed at the man this whole time. 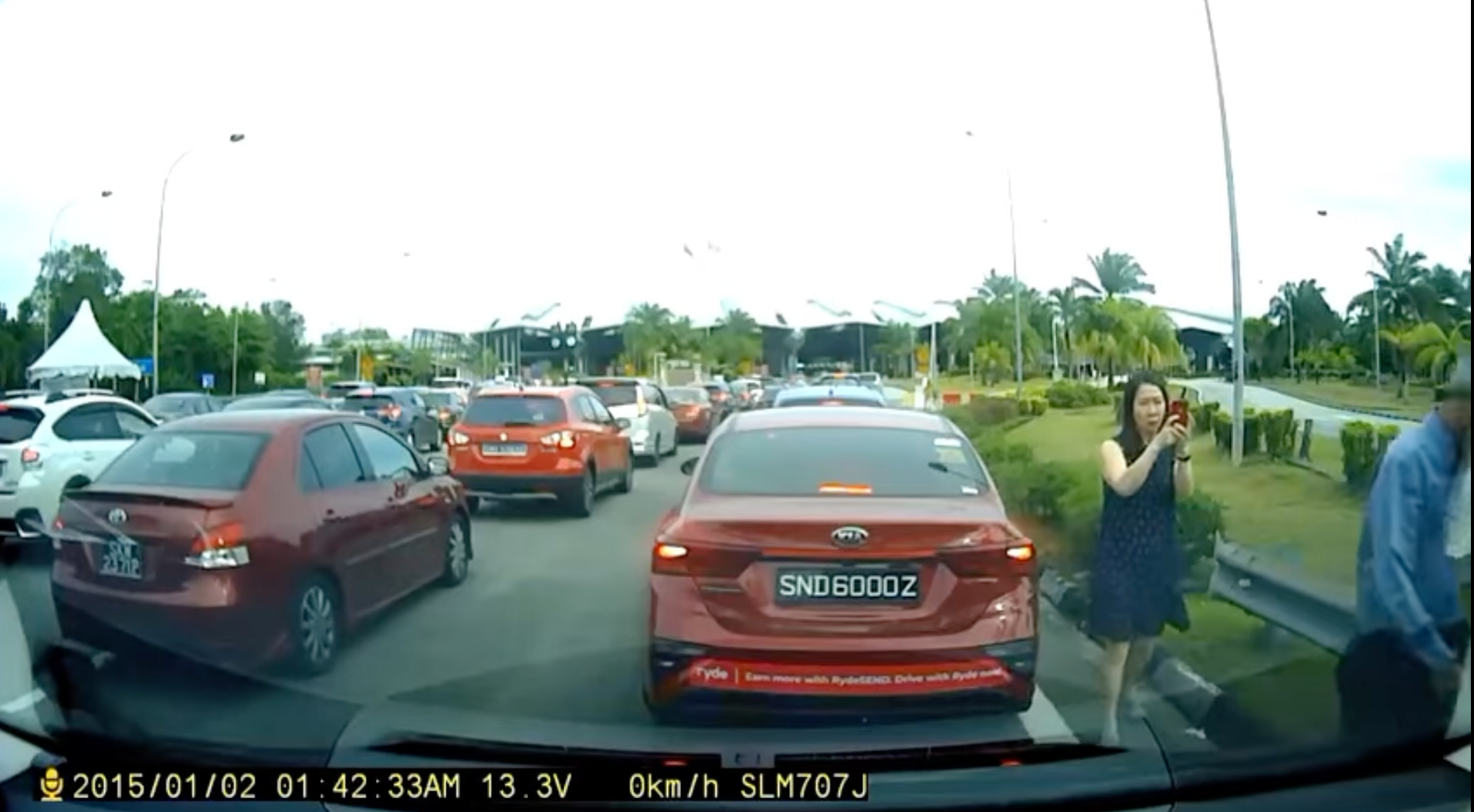 She then blocks the Alphard by standing in the middle of the road lane, leading to the license plate-plucking scene for which she is now well-known.

Additional footage also shows more of the actions of the man in a blue t-shirt  — the Kia's driver — who got out of the car to show his middle finger.

The man is held back by the woman, and the dynamic duo head back to their car. 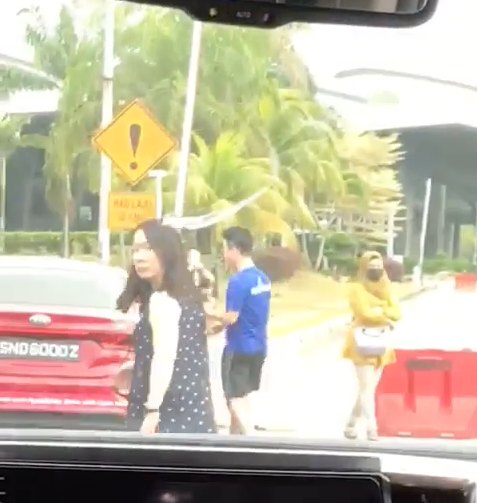 Before getting in to drive away, however, the man makes one more choice gesture:

You can watch the videos in full here and here:

Malaysian police are currently looking into the case.