A Singaporean who recently visited Bangkok, Thailand, recounted a nasty experience with a local taxi driver on TikTok.

The driver allegedly refused to give her change after she paid for the ride in cash.

The TikTok user (@ntannyy) believes that the driver was trying to take advantage of tourists who were rushing for their flights at the airport, and so she shared the incident on TikTok to raise awareness.

Driver refused to give change and flashed a knife to intimidate

The TikTok user, whose name is Naomi Tan, travelled to Bangkok with her husband for a friend's wedding.

She told Today that the hotel staff member hailed the taxi from the road for the couple and they were travelling to Suvarnabhumi Airport on Jul. 11 morning.

The couple agreed on a fixed price because the driver refused to use the taximeter.

She shared that they had agreed with the taxi driver on the trip's fare — 400 baht (S$15) — prior to taking the ride.

Upon arriving at the airport, the couple gave a 1,000 baht (S$38) note as they did not have smaller ones.

The driver took the note and refused to give the change.

At one point, the driver flashed a knife, wrapped in a white cloth, from the car door. The couple then sought help from an airport security guard who eventually helped them get back the money from the taxi driver. 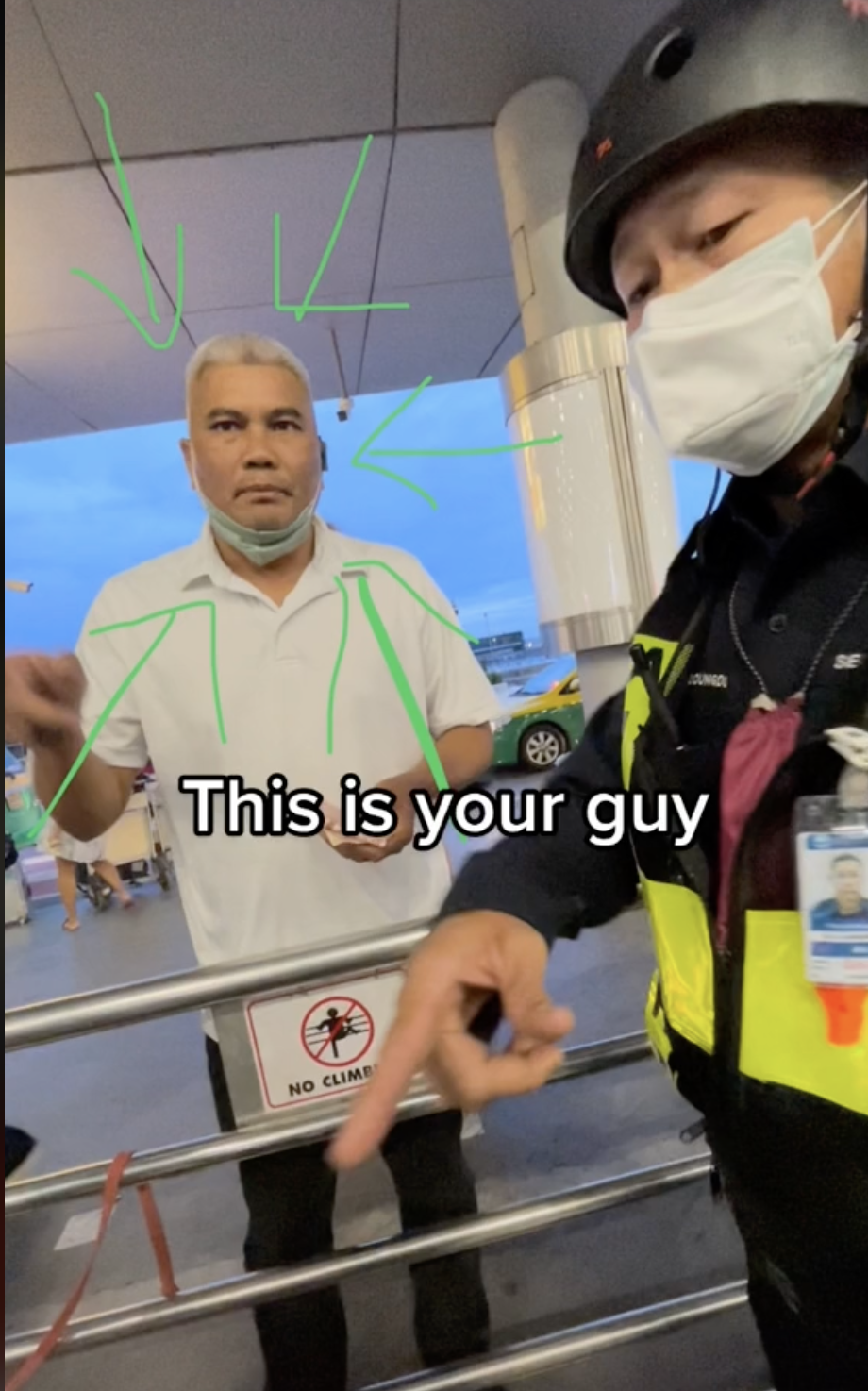 The couple then went to report this case to the tourist police. In a subsequent update, Tan said the local police contacted her two days after the report was made to give an update on the actions taken.

The police told her they had interrogated the driver about the situation. They also checked his licence and his criminal record.

A screenshot of the email to Tan referred her to a provision in Thailand's Criminal Code, which prohibits carrying weapons in public, and it said that the driver was taken to the airport police station for "penalizing" under that provision.

She also thanked commenters who advised her to take Grab or insist on using the taxi meter, as well as those who comforted her.

Congratulations on making it to the end of this article. That makes you different. The sort who likes to consume such content. And possibly create your own. For us. The type of content to get more of our readers to stick till the end. Want to write for us? Check this out.
All images via @ntannyy