Despite what his latest TikTok may say, Titus Low is still together with his fiancée/wife Cheryl Chin.

The OnlyFans creator, who turns 23 this year, recently got engaged/married to the 21-year-old Malaysian influencer within a month of meeting her at a party.

Many are unsure if their fast-moving relationship is a prank, and a TikTok on the night of June 19 only made things more confusing.

What the TikTok was about

With Low fronting the TikTok, words on the eight-second video read,

"After being married for a week, we decided it's best to call this off & go our separate ways 😔

Thank you for the support ❤️"

The camera then pans to Chin sipping from a tumbler in the background.

However, in the last two seconds, the TikTok cuts to the viewer getting Krissed.

The scene features a dancing Kris Jenner, an American socialite and social media personality who rose to fame from reality TV show "Keeping Up with the Kardashians".

Getting Krissed is a relatively recent trend on TikTok, where users receive false, misleading, or shocking information for the sole purpose of being pranked or fooled.

A similar video was uploaded to Low and Chin's shared TikTok account, where the couple said that they have decided they are "better off alone," followed by the #Krissed trend.

If one were to apply this trend correctly, it would mean that Low was pranking followers on the break-up—i.e. he and Chin remain engaged/married.

In this case, however, the trend appears to be misinterpreted by The Straits Times (ST), who reported that Low's engagement was revealed to be a prank instead. Extracts of the ST article read,

"Former OnlyFans creator Titus Low, who made a surprise engagement announcement last week on social media, has revealed that it is a prank.

In a TikTok video posted on Sunday night (June 19) on their shared account, they wrote: 'After one week of being married, we decided we're better off alone.'

They then ended the post with a meme, indicating a prank." Low confirms that the engagement is not a prank

In response to queries from Mothership, Low clarified that the original ST article is "false," and that the national broadsheet had misinterpreted his TikTok and his use of the #Krissed trend.

The OnlyFans creator further confirmed that he and Chin are still together, and that their engagement/marriage is not a prank.

When asked again if they are legally married and when the wedding will be, Low revealed that they have had a mini ceremony so far, but plan to host a bigger one later on with Chin's family coming down from Kuala Lumpur.

Low explained that he is not able to fly as he is waiting for his court case to end.

Both Low and Chin have responded on social media to ST's headline as well. 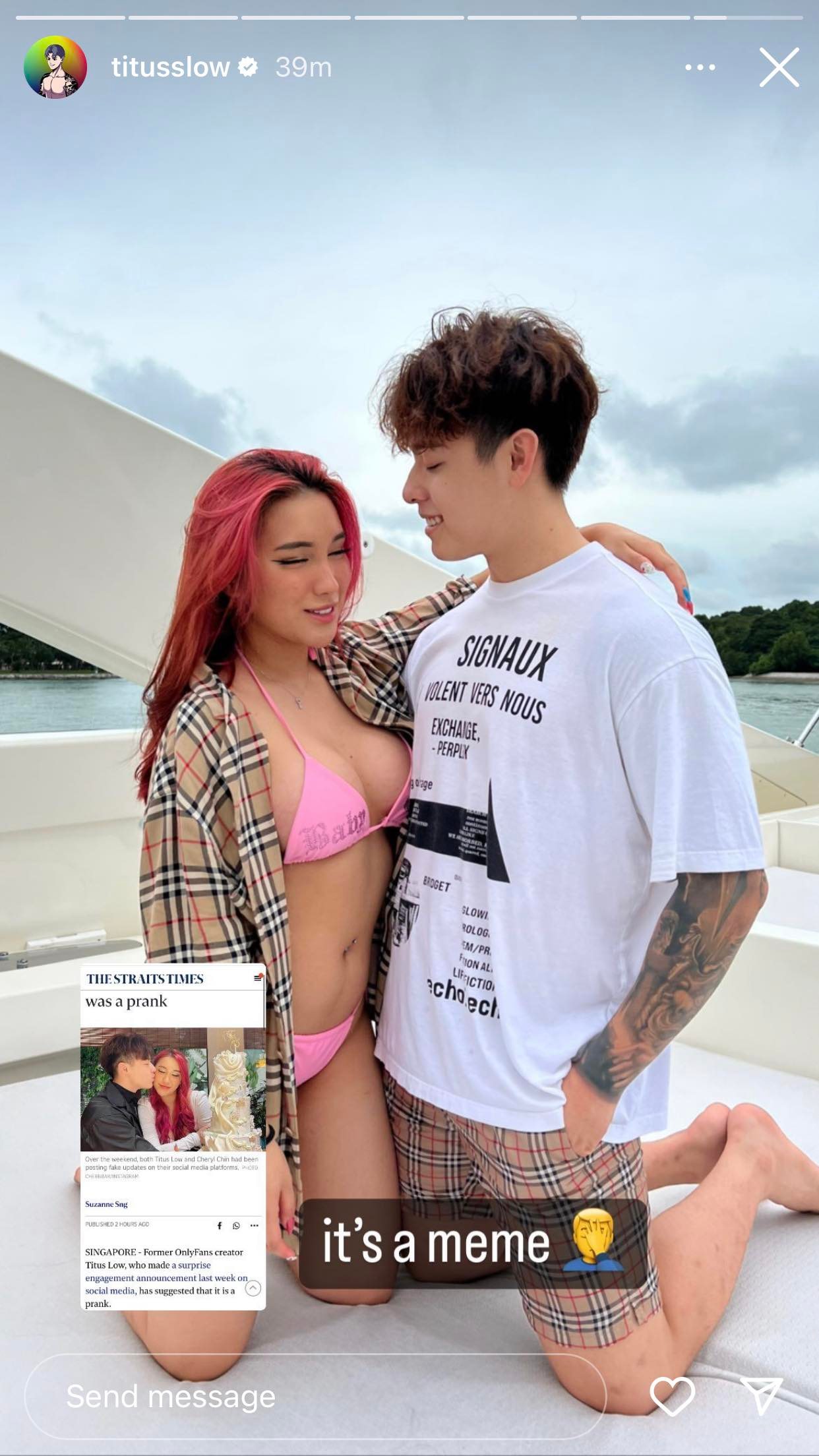 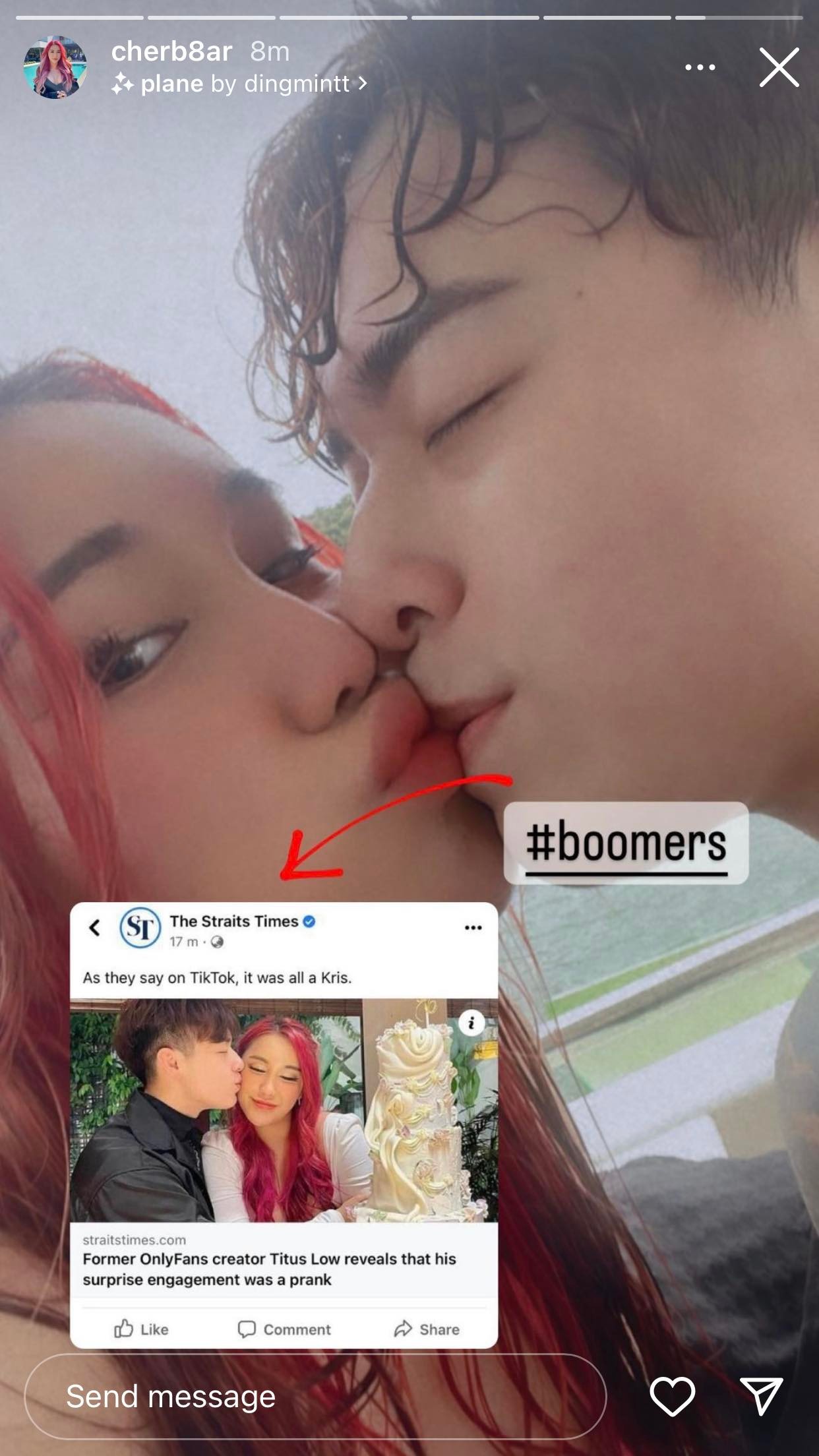