A metal strip likely dislodged from the base of a railing overlooking the escalator landed on a woman's head in City Square Mall on June 12.

The incident, which took place at around 8pm, was witnessed by a fellow mall goer, who alerted Mothership.

The eyewitness told Mothership that moments before the woman was hit, she was on the down-riding escalator going from the fourth to third floor.

The woman shouted in pain and burst into tears from shock when the metal strip bounced off her head and landed onto the escalator, the eyewitness said.

The metal strip produced an audible clanging noise upon hitting the escalator.

The woman was then seen staggering and holding her head in her hands as a result of the impact.

The eyewitness, who was about to get on the up-riding escalator, went to assist the woman by getting ice and a chair from the nearby Watami Japanese Dining.

Some Watami customers outside the eatery also saw the incident and one of them called for an ambulance.

A bump developed on the woman's forehead.

She also said she had "blacked out" for a moment. Not an isolated incident

A passerby in the mall claimed that metal strips have been falling in the mall.

The eyewitness then found that several of the same metal strips were missing from the base of the railings at the food court above Watami. 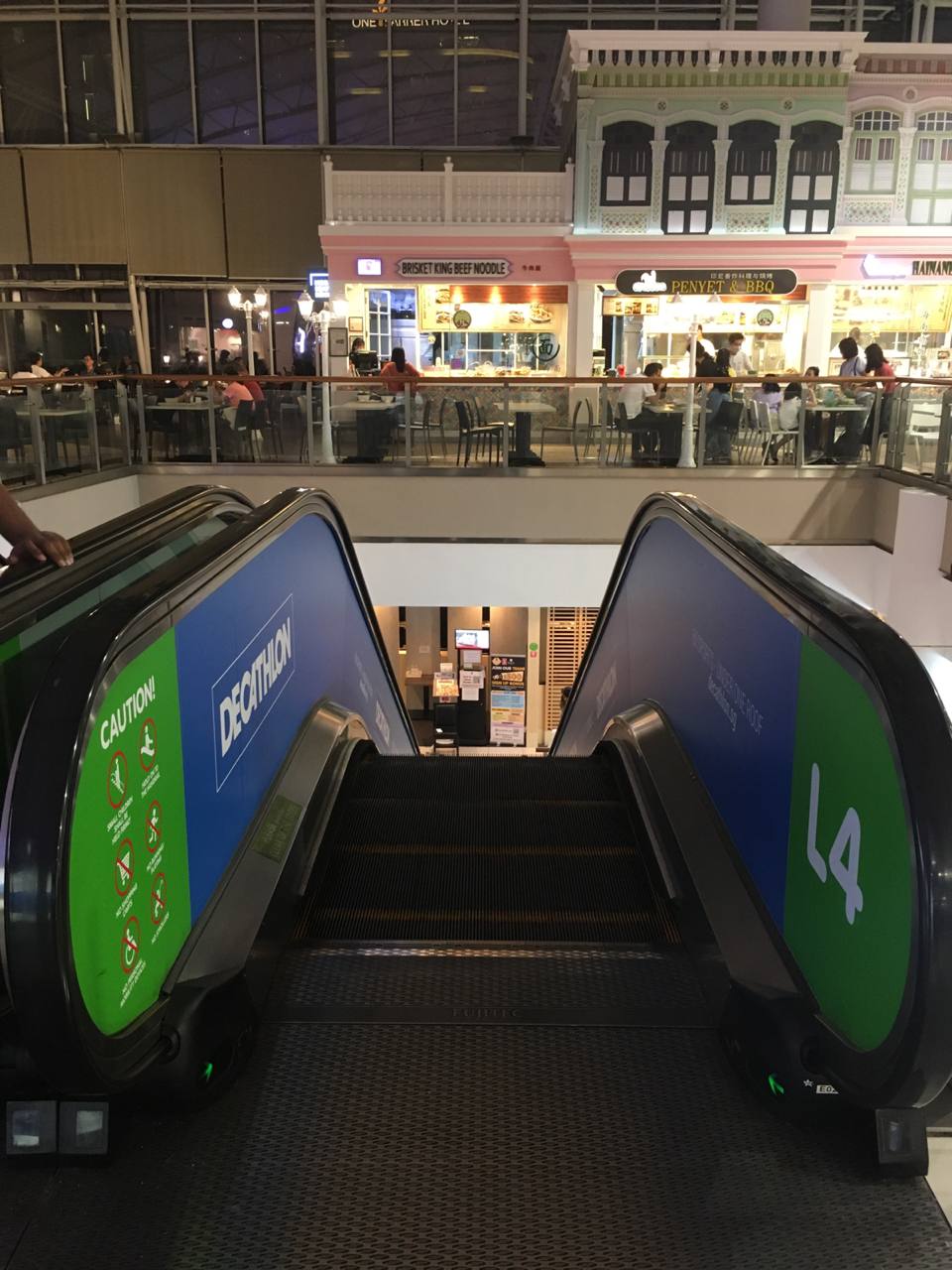 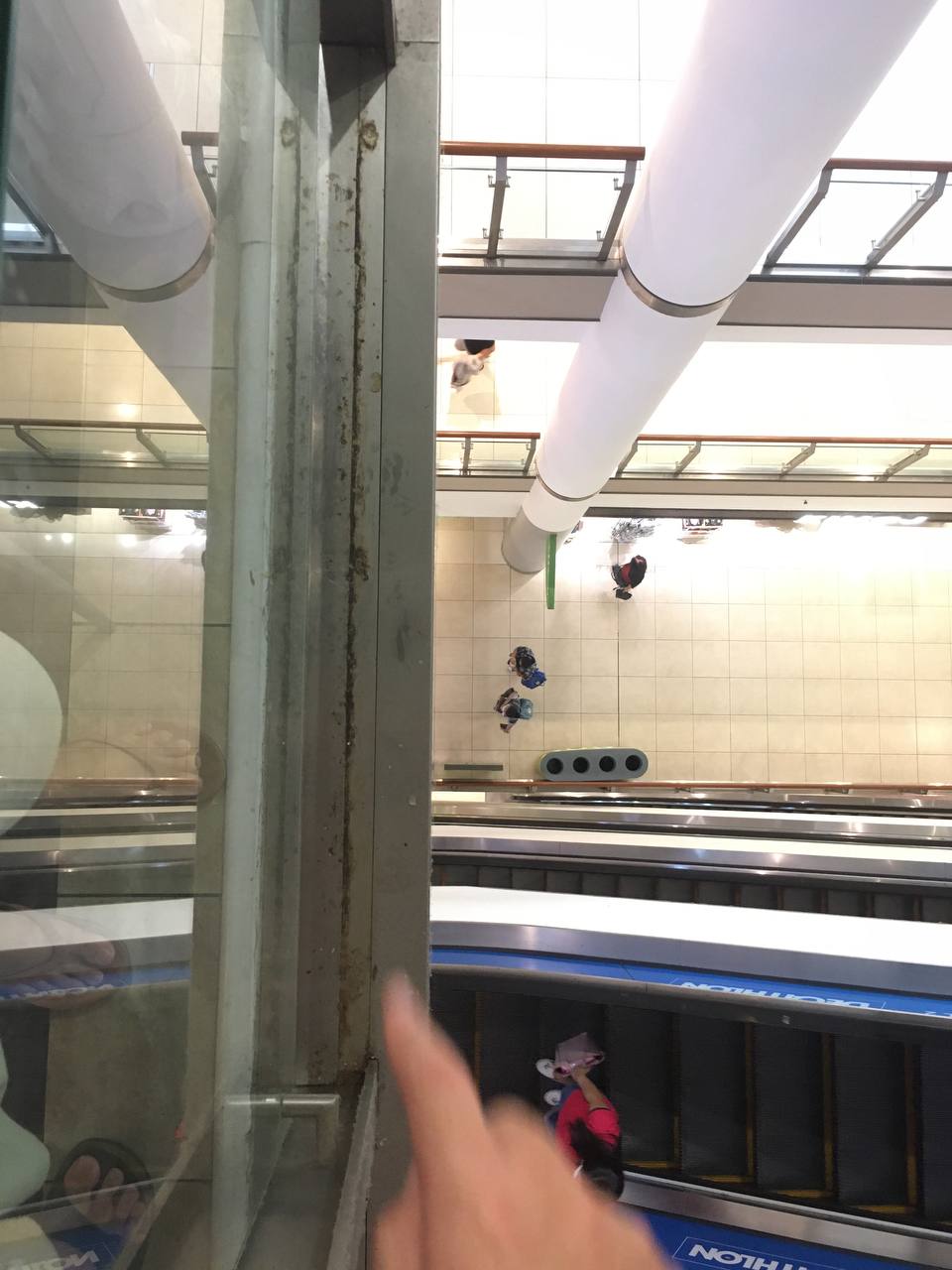 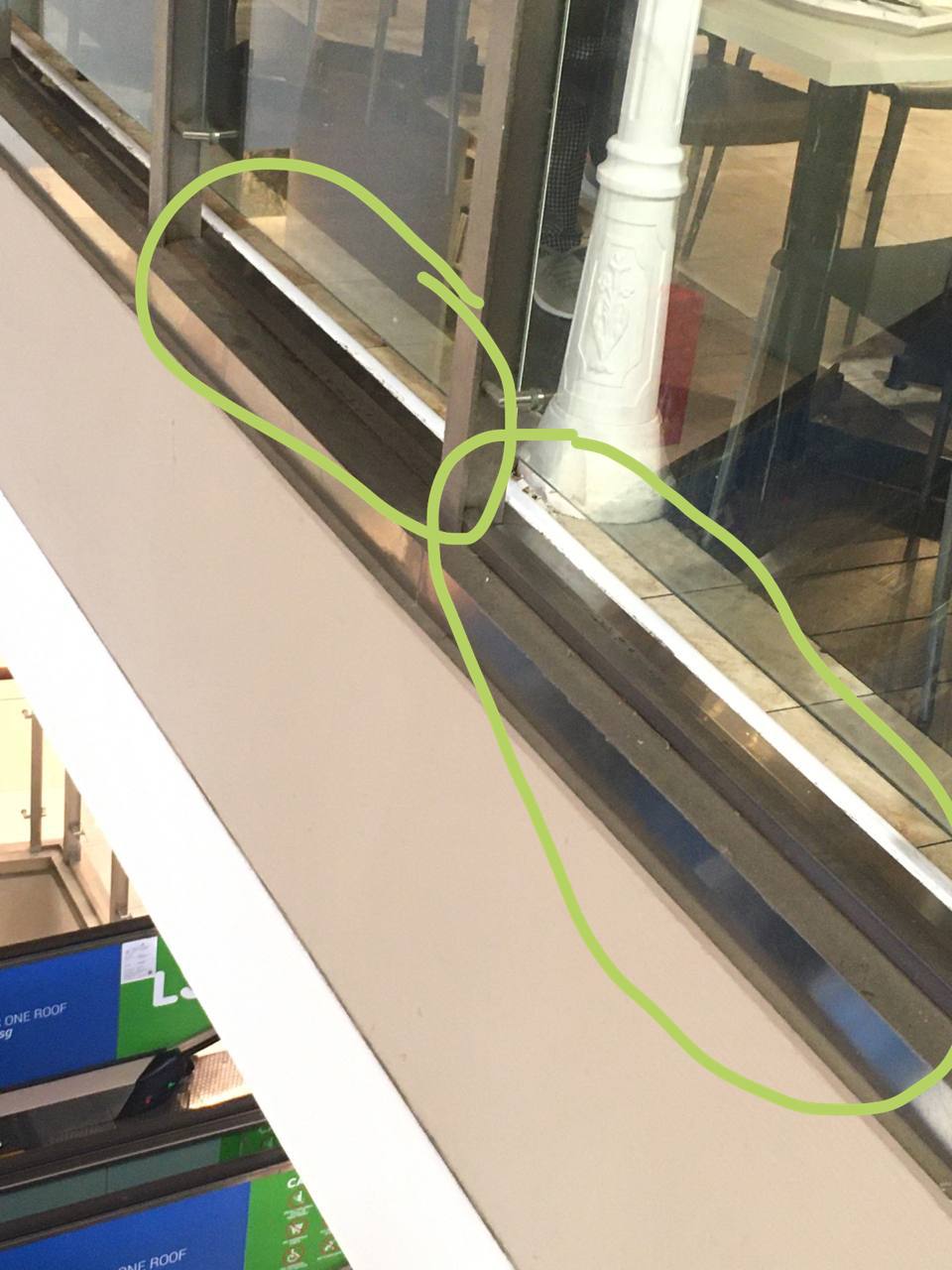 A few minutes after the incident, the eyewitness saw a family of four dining at the food court tables overlooking the escalator.

She said she saw one of the children kicking the ground near the railing.

The eyewitness added that she goes to City Square Mall often and is quite traumatised by the incident: "Two seconds later and it might have been me."

Its operations and security team responded immediately to render assistance to the shopper, who said that she "felt well and did not require any further assistance".

The management followed up with the shopper to ensure her well-being and to provide any additional assistance.

A thorough check was also conducted the same night to prevent similar incidents from happening again, according to the mall.

"Once again City Square Mall Management would like to assure our shoppers and stakeholders that we view safety very seriously and is committed to provide a safe and enjoyable shopping experience and environment for all shoppers," said the statement.

The Singapore Civil Defence Force (SCDF) told Mothership that they received a call for assistance at 7:50pm.

SCDF assessed a person for injuries and the person subsequently refused conveyance to the hospital.

Congratulations on making it to the end of this article. According to our data, only one in seven readers actually make it all the way until the end. That makes you different. The sort who likes to consume such content. And possibly create your own. For us. The type of content to get more of our readers to stick till the end. Want to write for us? Check this out.