At least five food delivery riders delivered food to the same HDB address in Woodlands at the same time.

However, nobody collected the orders.

A video of the incident was posted online, showing a few food foodpanda riders at a lift landing.

A GrabFood bag can also be seen on one of the bicycles.

The riders are seen looking at the receipts of some orders on the floor.

A voice can be heard asking in Mandarin: "Is it the same user?"

Another voice answered: "It is the same user."

The video, which was uploaded onto sgfollowsall's Instagram page on Friday (May 6), was accompanied by the caption:

"Hi there. I'm a FoodPanda Rider.

When we went to the unit, no one responded and we were supposed to collect cash... In the end, all of us had to cancel the job because of fake orders."

Allowed to keep the food they collected

In the comments section of the Instagram post, a user who claimed to have submitted the video explained that there were at least five riders with deliveries for the same unit.

However, when they reached the unit, no one responded to them for 10 minutes.

"In the end, all of our orders got cancelled and we were all allowed to keep the food that we collected," the user stated. 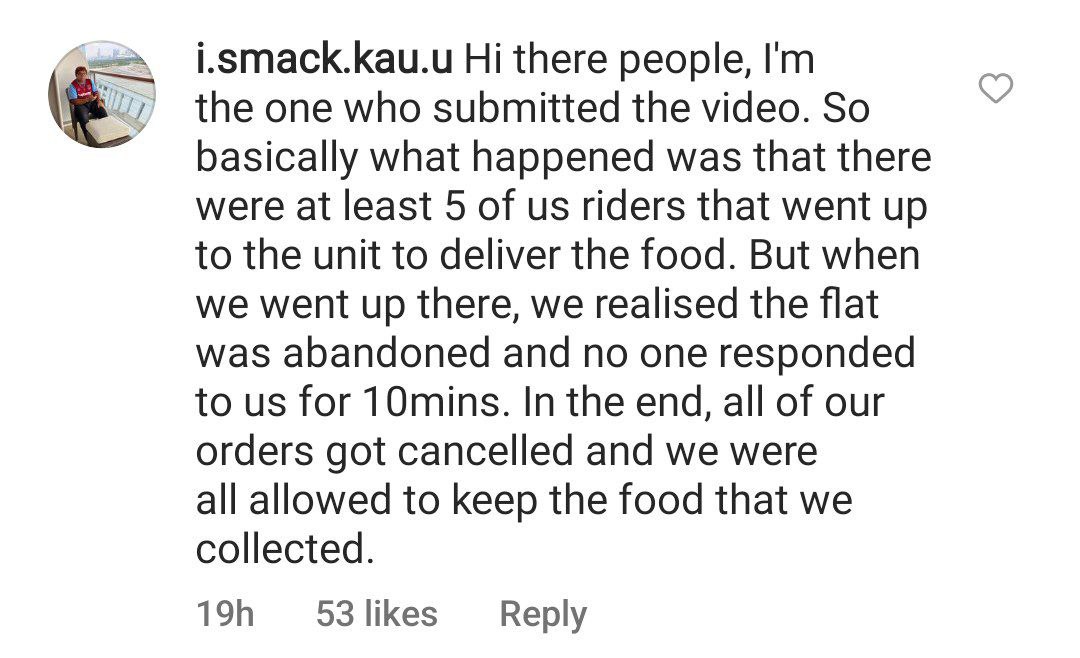 A commenter replied to the user, asking if the customer had intended to give the riders free food.

"We don't think so, because all of it were cash orders... And we were all supposed to collect cash... but when we went to unit, no one answered the door so we had no choice but to inform FoodPanda about it so FoodPanda just told all of us to keep the order since customer could not be contacted or located to collect cash." 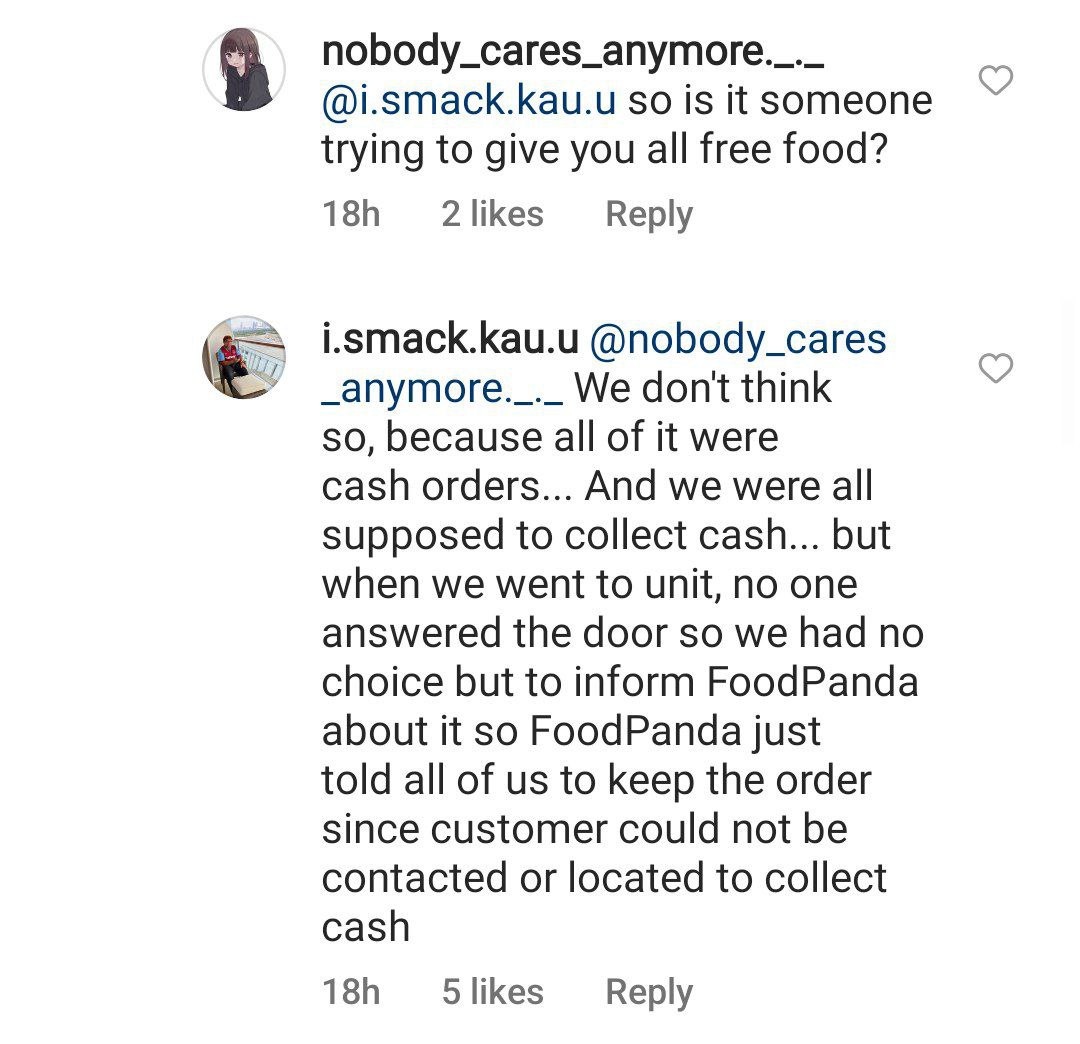 In February 2021, the Singapore Police Force (SPF) investigated a similar incident where multiple food delivery riders were sent to the same address.

A spokesperson from foodpanda told Mothership then: "We appeal for the responsible use of food delivery services and cash on delivery option in consideration of food delivery riders who are working hard round the clock."

In June 2021, a foodpanda spokesperson told Mothership that they have a blacklisting process where accounts will be blocked once it is deemed as fraudulent.