A father in Singapore took his two-year-old daughter on a round-the-island cycling trip clocking 166km in 17 hours in one day.

Victor Phua, 38, a paramedic, posted about his experience with Michaela in the SG PCN Cyclist Facebook page, which took place on April 28.

The journey kicked off from Yishun at 6.45am and ended back at same place at 11.45pm.

The cycling day out included a one-hour nap the girl took to recharge her batteries. 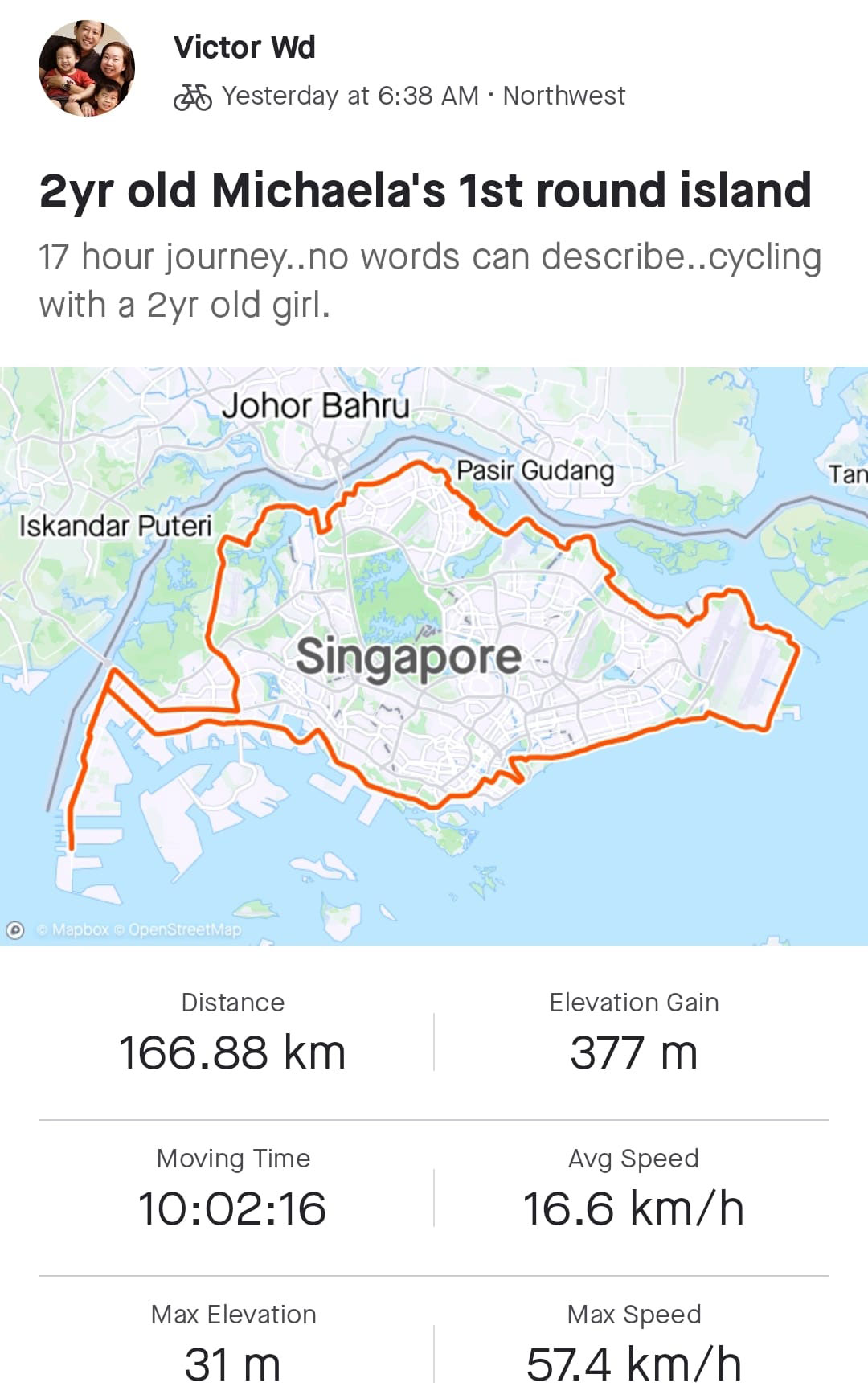 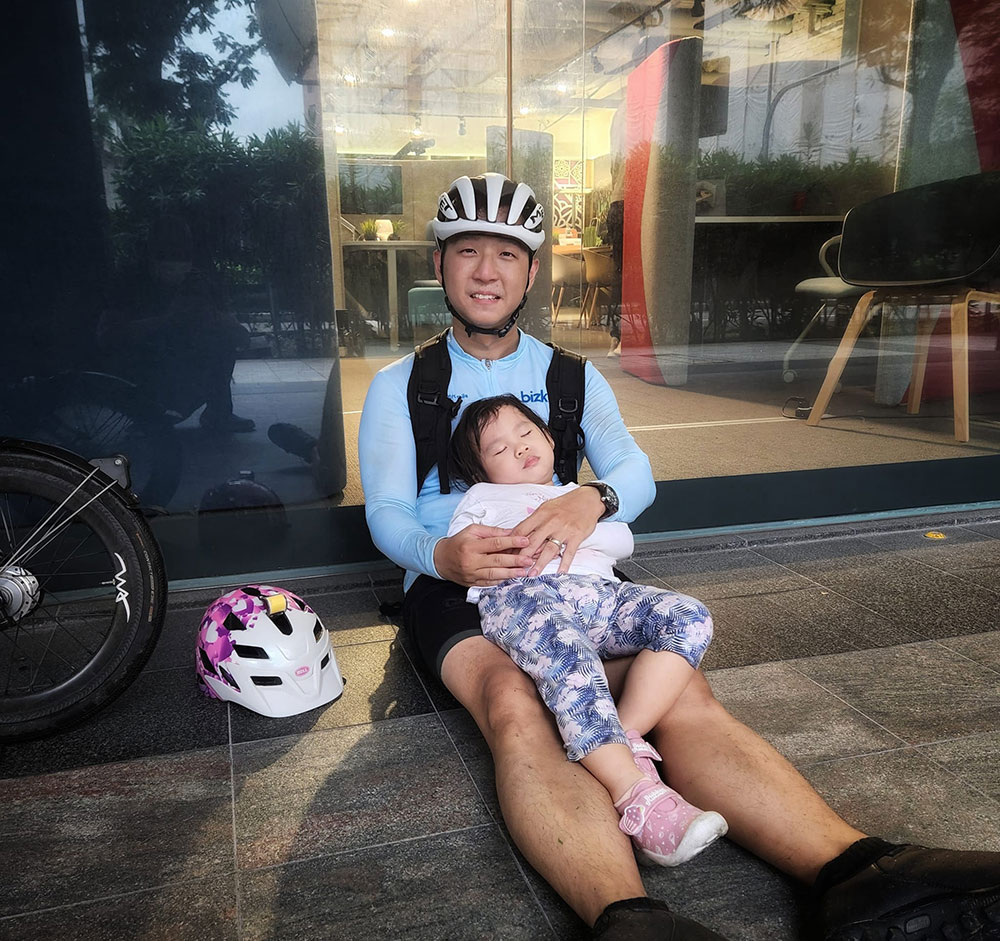 According to the photos posted, the young girl got to visit multiple landmarks around the island riding pillion on the Brompton bike, making it as far west to visit the famous Lamp Post 1 in Tuas. 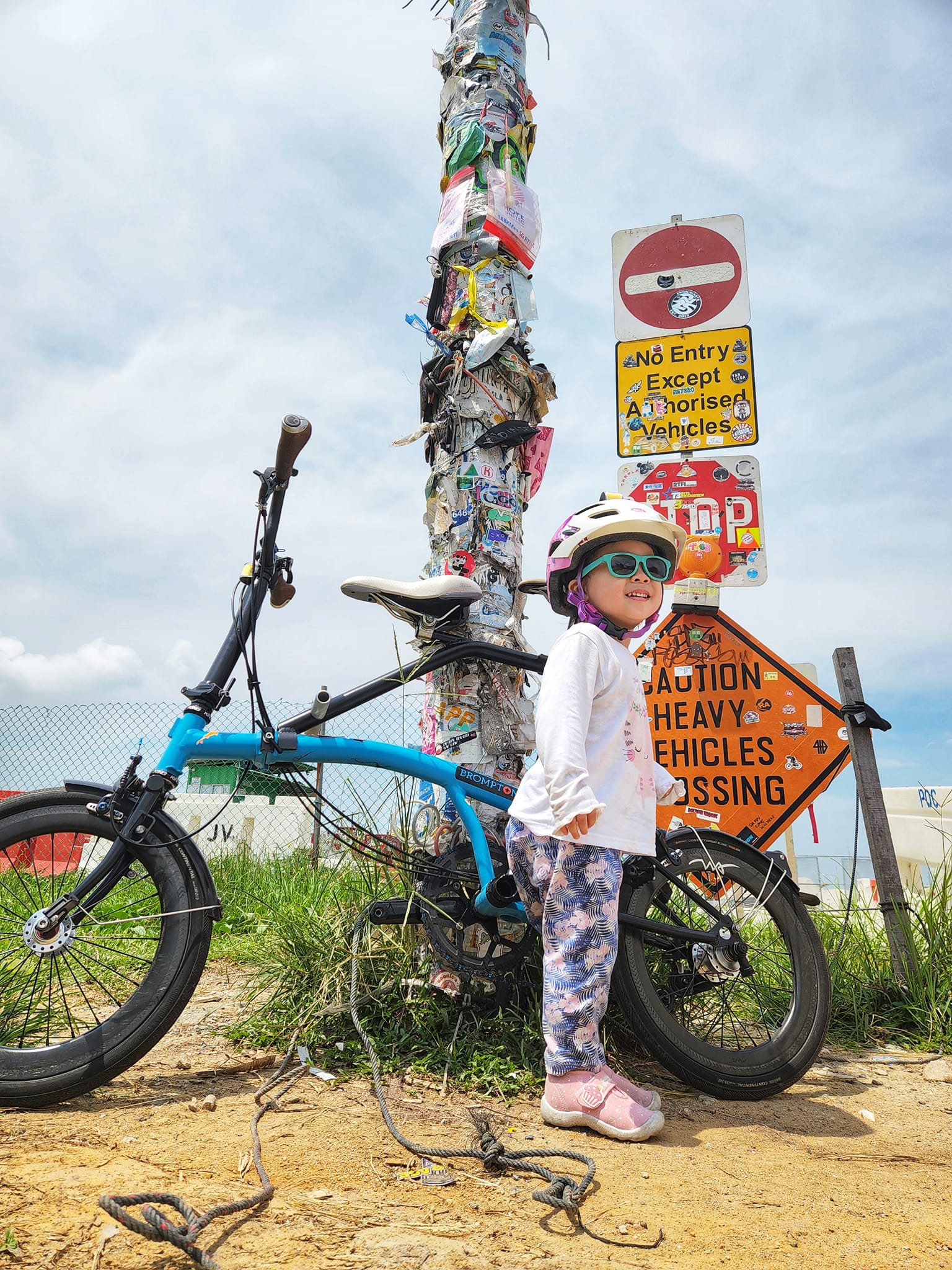 Along the way the duo also saw desalination plants, incinerators, a reservoir and Phua's civil defence colleagues in Woodlands. 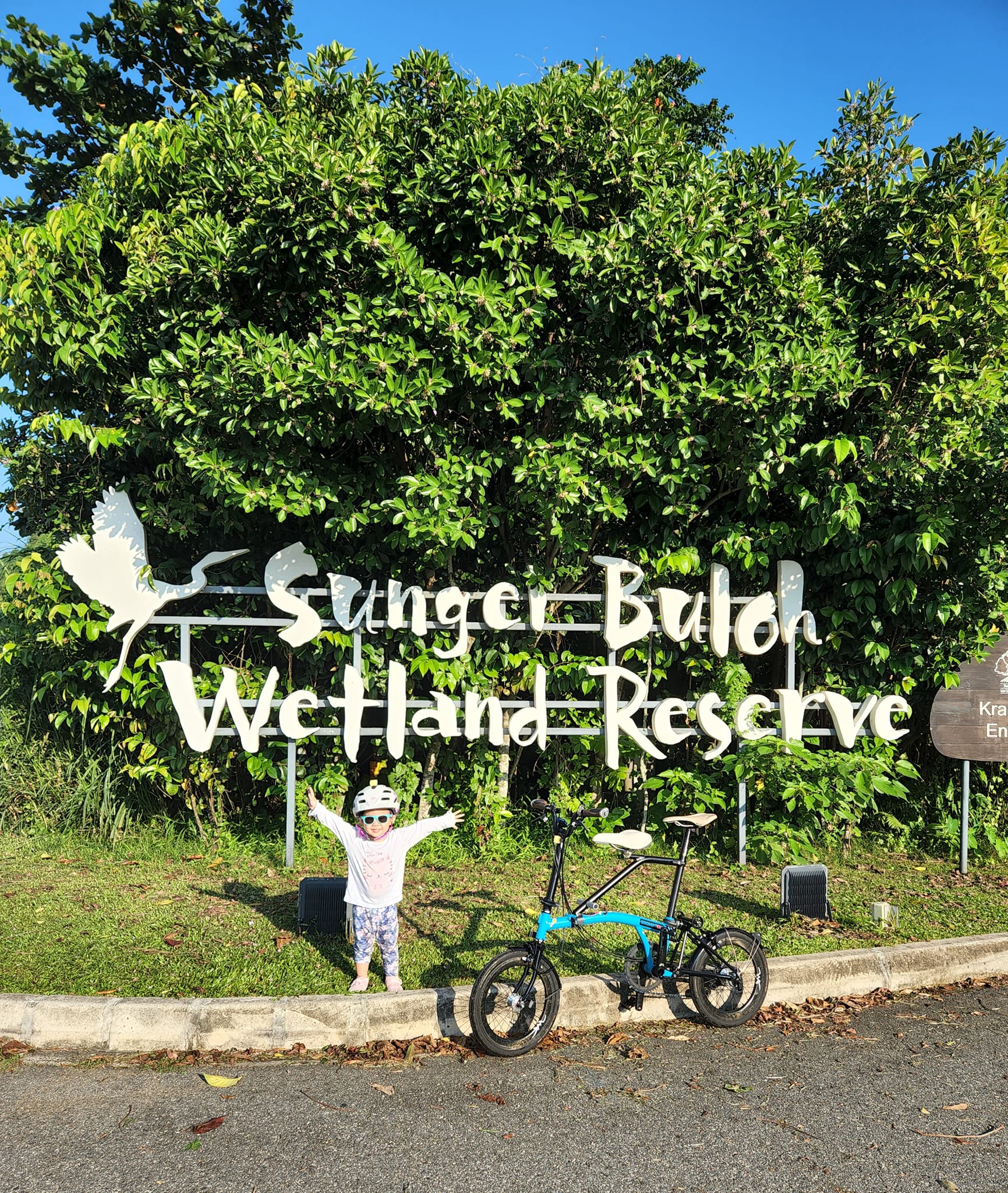 The cycling trip was not easy owing to the elements.

The father and daughter were exposed to the scorching sun, as well as heavy rains, which fell on them thrice that day. 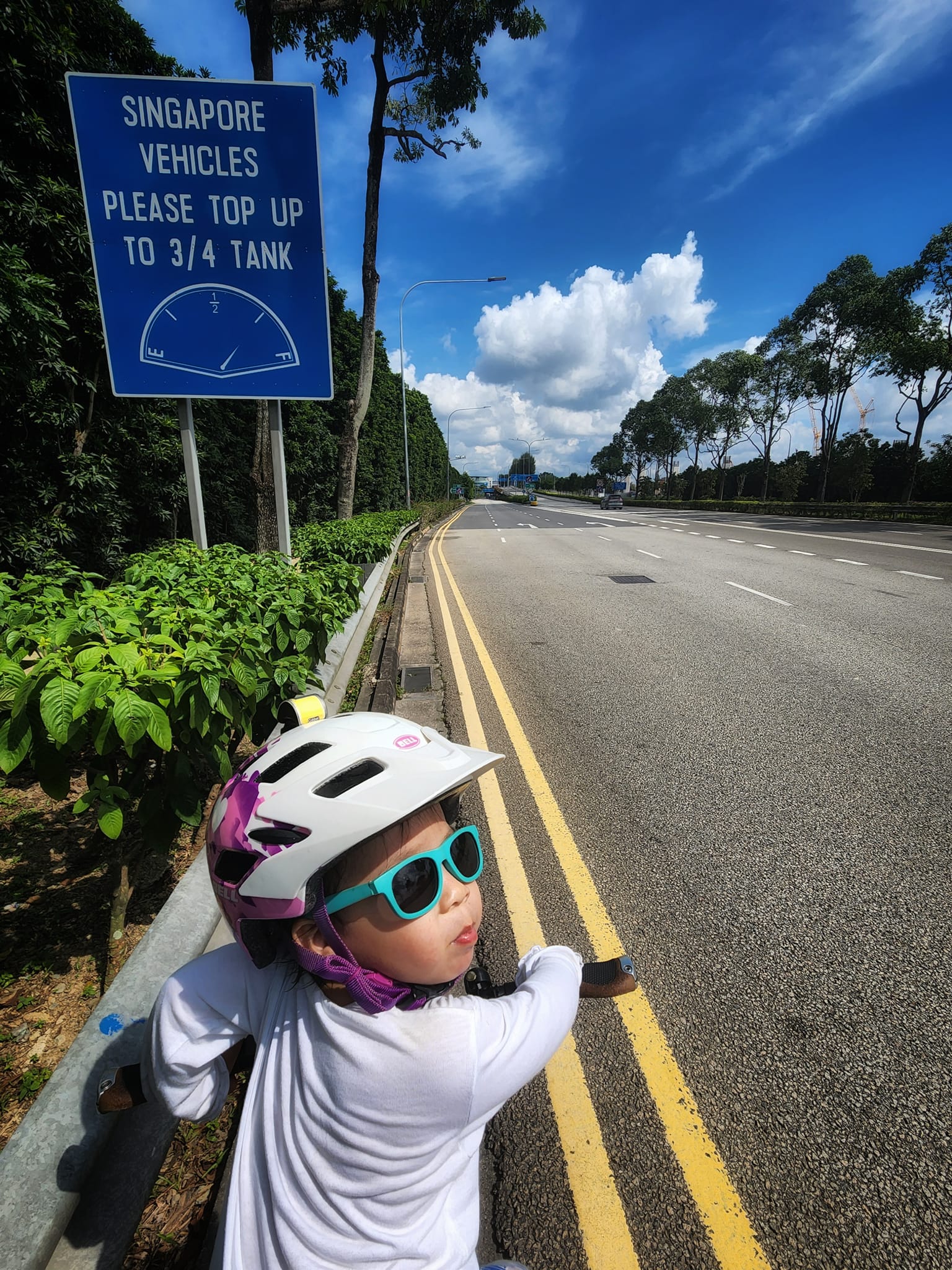 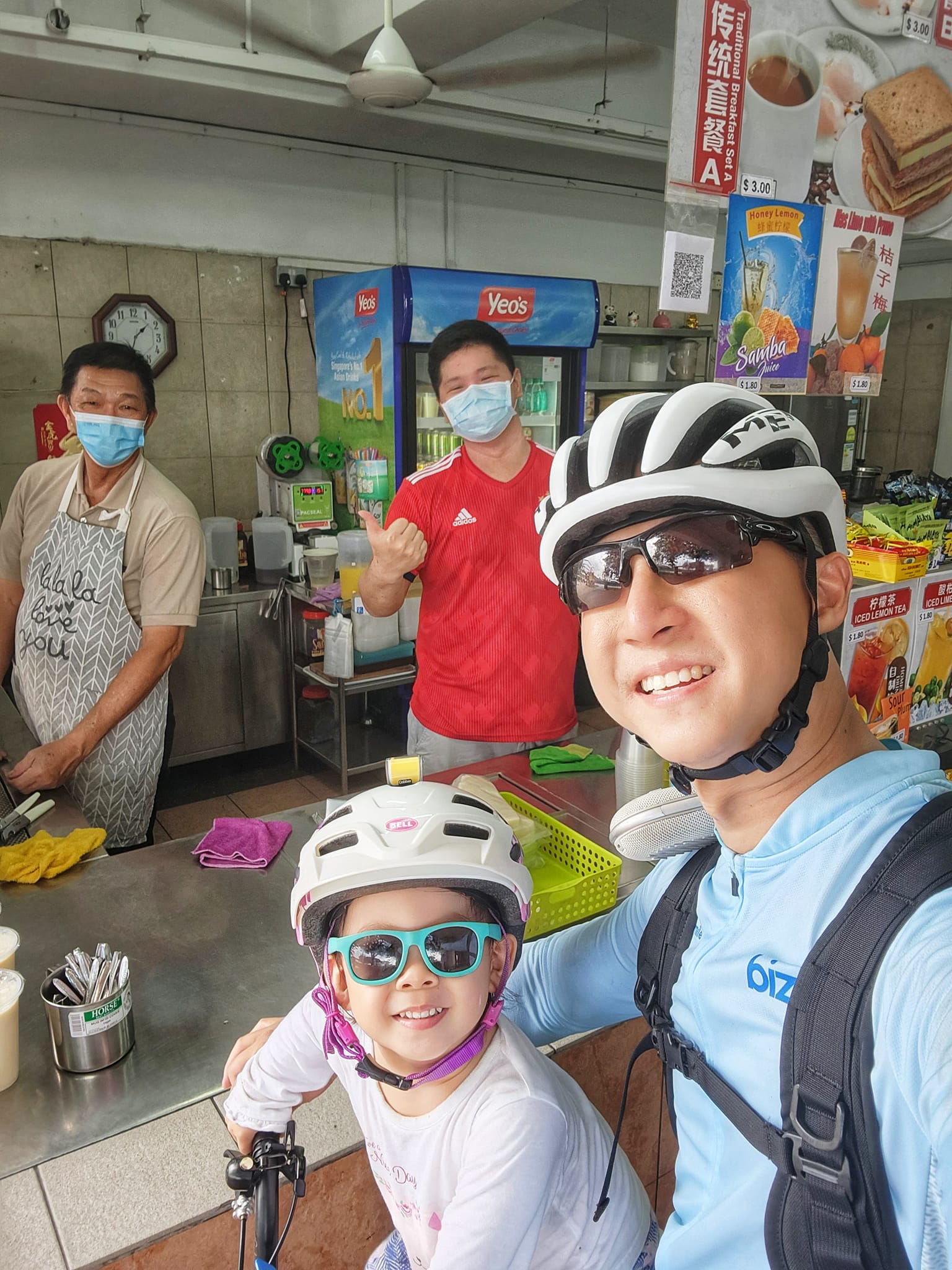 When they hit Keppel, the thought of abandoning the journey crossed Phua's mind as Michaela fell asleep for an hour.

But the father thought the better of quitting as he did not want to "put her through all this danger again" by attempting another trip in the future, AsiaOne reported.

Eventually, according to Phua, his daughter enjoyed the experience but she responded with a resounding "no" when asked if she wanted to do it again.

Cycled with elder son before

This experience to test one's parenting skills and showcase resilience of young children is not new.

Previously, Phua had cycled round the island with his elder son.

"In 2021, I set myself a goal to cycle my two children around Singapore on a round the island bicycle trip. But I could only carry one kid at a time," he wrote in the Facebook post.

His son was five years old then.

Phua has since said he will take his children on another trip when they get older and are better equipped to ride.