What's so interesting about watching someone mop the floor?

Users on Douyin, the Chinese equivalent of TikTok, found themselves asking the same question too.

Until they realised the person who is mopping the floor is none other than 60-year-old Hong Kong's "Heavenly King" Andy Lau.

In the 33-second video posted on Lau's Douyin page, a man could be seen mopping a parquet floor of what appeared to be a bedroom.

The short clip was post on May 6 and has since gained over 3.87 million likes.

Decked out in a grey T-shirt and cuffed joggers, the man wears a mask while performing the house chore.

Captions appear in the video in the following order:

After mopping under the bed, he moves the mop bucket aside.

He proceeds to move some luggage bags through a door to free up the floor space next to the bed to mop.

Another caption that says "No slacking, all spots must be mopped" appears in the video.

After mopping that area, he turns around to reveal himself as Lau and waves to the camera while holding the mop.

The video was posted on Lau's verified Douyin page, which has amassed 69.142 million followers.

However, not everyone seems to be convinced the man in the video is Lau himself.

Besides the fact that half of the man's face is obscured by the mask, some netizens struggled to reconcile the boyish hairstyle and attire, and the act of performing house chores with their impression of the "Heavenly King". 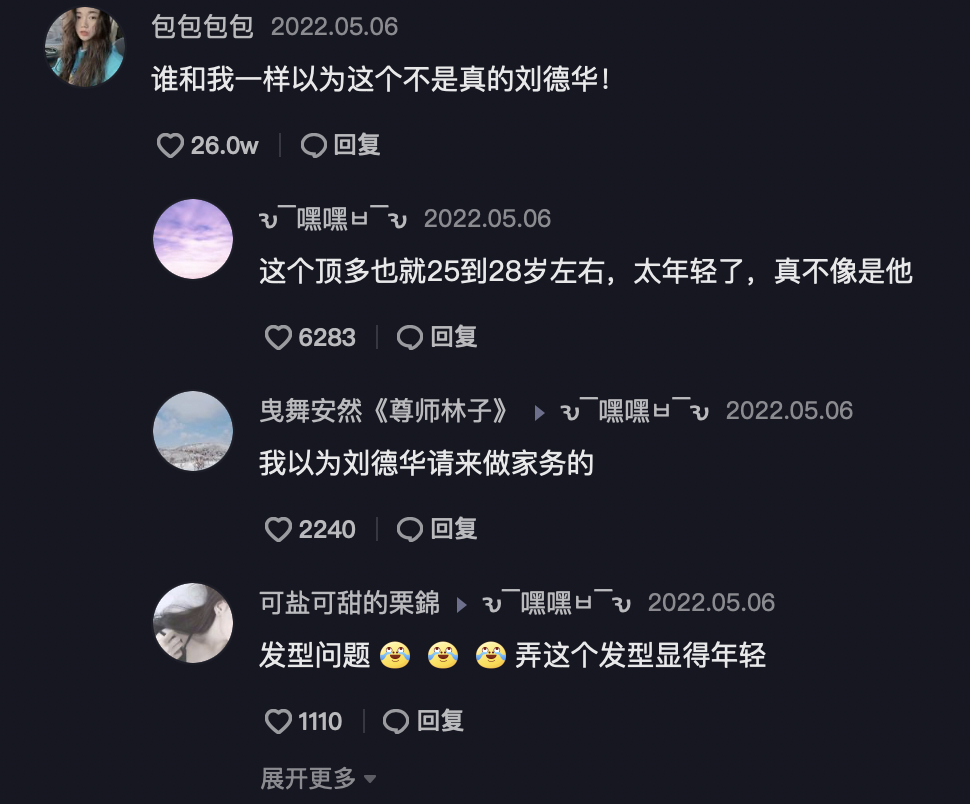 "Who else thought that this wasn't the real Andy Lau?"

"This man looks to be around 25 to 28 years old at most, too young, it really doesn't look like him"

"Hairstyle issue, such a hairstyle makes him appear young" 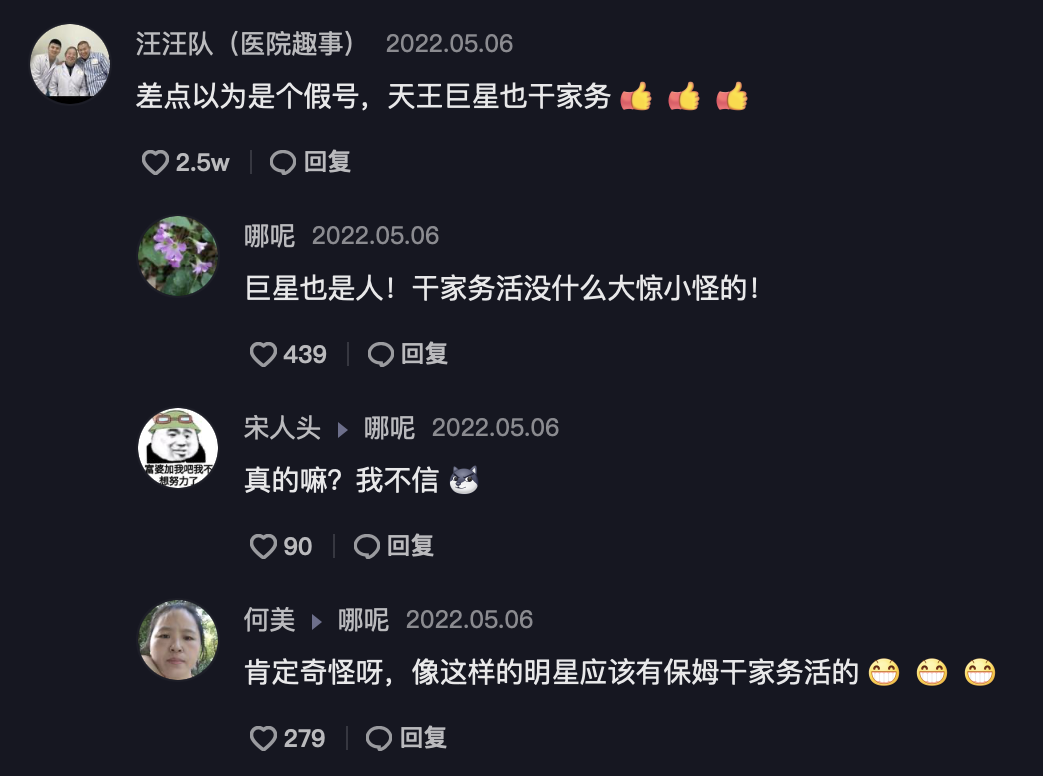 "Almost thought this was a fake profile, even a Heavenly King megastar does house chores"

"Megastars are also people! Doing house chores isn't something to kick a fuss about!"

"Of course, it's strange. Such celebrities should have helpers to do their house chores"

His youthful appearance in the video also prompted a netizen to ask, "Is this Andy Lau's son?"

"I had scrolled past [the video], wondering what's so interesting about watching someone mop the floor. After seeing that it's Andy Lau, I'm back again"

"Waiting for him to turn around after watching all day to see what this guy look like. Turns out it's Andy Lau and I watch again"

A number of netizens also commented that Lau should just sit back and let them do the chores for him.

"How can my idol mop the floor himself, he should just sit down and use his phone and let me do these [chores]"

"Andy, you can leave these chores to me."