Brandon Wong's first "Top 10 Most Popular Male Artistes" award after 27 years in the entertainment industry may have been the most touching moment at Star Awards 2022.

But present at the scene was another inspiring figure who gained most of his "Top 10 Most Popular Male Artistes" awards only in the second half of his acting career—57-year-old Zheng Ge Ping.

Together with Dennis Chew, Zheng was awarded the "All Time Favourite Artistes" trophy on April 24 evening, as both of them have "hit the quota" after winning "Top 10" for 10 times.

Zheng has been in local showbiz for a whopping 35 years.

He was given mostly supporting roles in the early days of his career, and has been nominated for "Best Supporting Actor" awards a few times.

The 57-year-old made his first breakthrough by winning the "Best Actor" award in 2007 with his role in "Like Father, Like Daughter".

In his speech at Star Awards 2022, Zheng gave a special shout-out to those around his age: "Friends aged 50 and above, we are still like a dragon!" 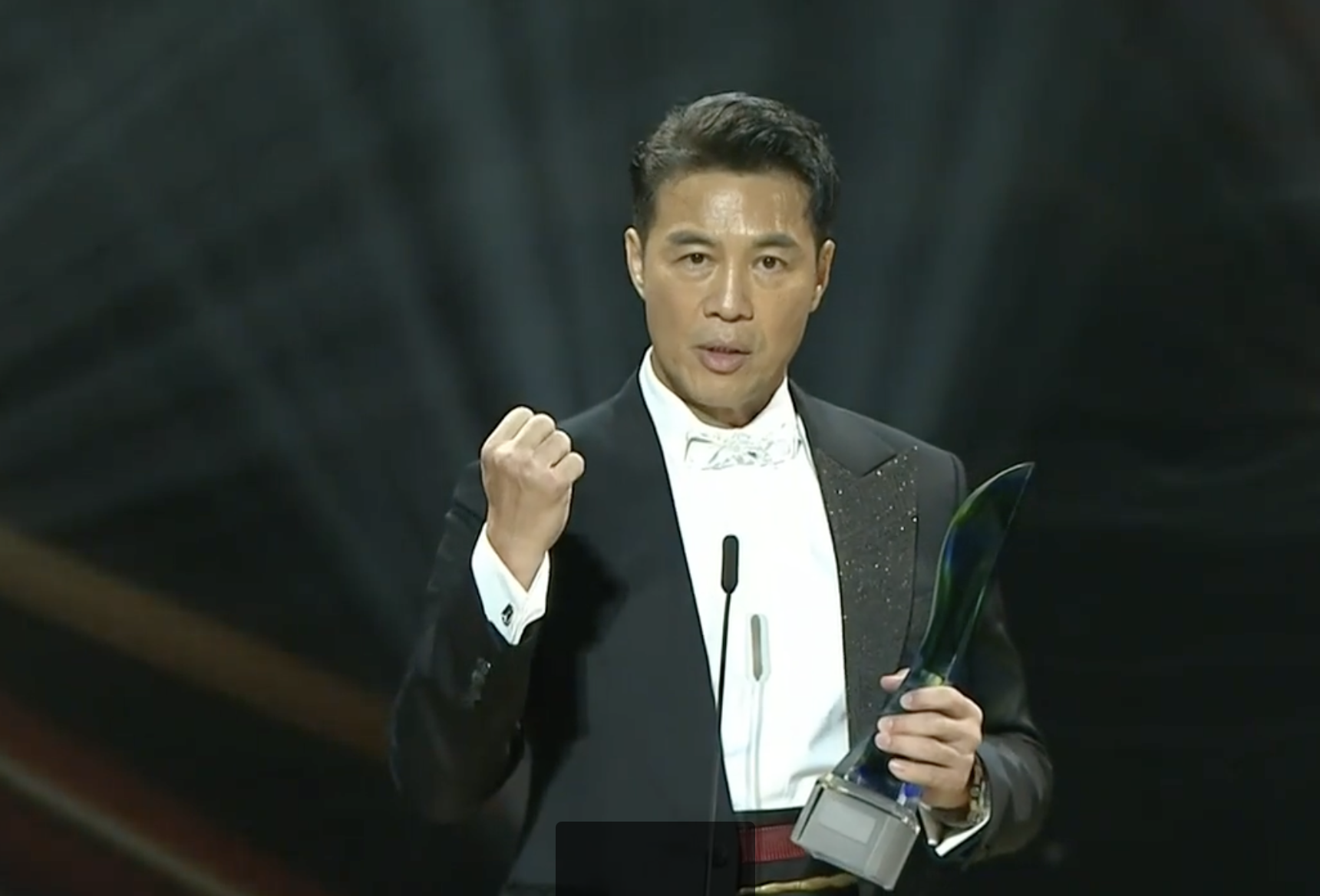 Zheng also thanked his besties in the industry, Chen Hanwei and Chen Huihui, in his speech.

More notably, he urged viewers to continue to support local productions as they represent "our stories, our voice and our history".

He then encouraged like-minded colleagues to unite to push local production to the rest of the region and to greater heights.

You can watch his full speech here:

Rose to fame in the later half of his career

Prior to Star Awards 2022, Zheng recalled how he was once looked down upon by an unnamed famous female actress in an interview with Lianhe Zaobao.

A manager had also advised him to leave the industry entirely, given his age.

Zheng added that he does not have the face of an "idol," and so he took up all sorts of acting roles, including one that had his face covered the entire time.

He rose to popularity in his 40s and became even more popular after impressing viewers with his six-pack abs at close to 50.

“It is a cruel industry in entertainment and as age catches up, you need to maintain well to keep up, especially when there are so many up and coming young actors.”

His involvement in 2011's drama "Kampong Ties" was also one of his motivations to work out and maintain his physique as he had many bare-bodied fight scenes in that drama, Zheng shared.

As consistent as his ability to sweep "Top 10" awards in the past decade, Zheng continues his workout routine till today.