A 41-year-old woman was allegedly hacked and slashed by a 46-year-old man in an attempted murder case in Beach Road on April 14, at about 5:30pm that was caught on camera by members of the public.

The footage from multiple videos showed the assailant allegedly repeatedly attacking the woman, who was trying to get away.

She eventually managed to escape and was conveyed conscious to the hospital after members of the public stepped in to help her, with the assailant subdued by the police.

The victim is said to be the attacker's wife.

Members of public stepped in

As seen from the various videos of the incident, a total of at least 15 members of the public, including staff of a hotpot restaurant, stepped in to confront the assailant to prevent more harm from being done to the woman.

The actions of those who stepped in have since been commended by the Singapore Police Force in a public statement in the aftermath of the incident.

Assistant Commissioner of Police Jeremy Ang, Commander of Central Police Division, said: “The police would like to commend the members of the public who had intervened to prevent the man from causing further harm to the woman.”

What the people did to save the woman

As seen from the footage circulating online, the woman was allegedly assaulted in an alley. 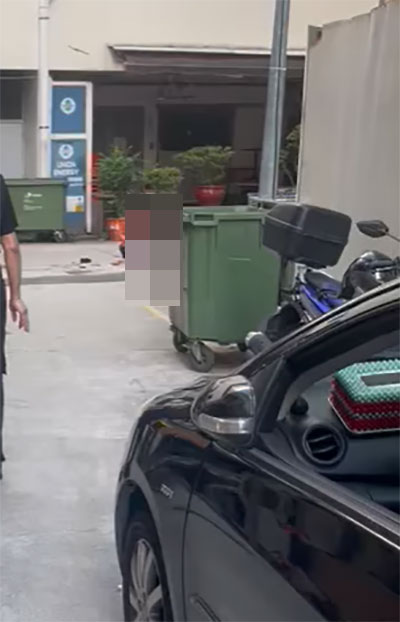 8 World News reported that the assailant was seen holding a kitchen knife to attack the woman, according to an eyewitness working at a nearby restaurant.

At that time, the woman was lying on the ground but defending herself and grappling with the assailant.

The knife handle then broke off from the blade at one point, but the assailant then allegedly took the blade without the handle to continue to attack the woman by slashing her neck.

The woman, though seriously injured and covered in blood, managed to get to her feet to run away.

Assailant went to get a second knife

8 World News reported that the assailant then walked into a hotpot restaurant kitchen to get a second knife to allegedly hack at the woman's head and shoulders.

This scene was caught on at least two separate videos. 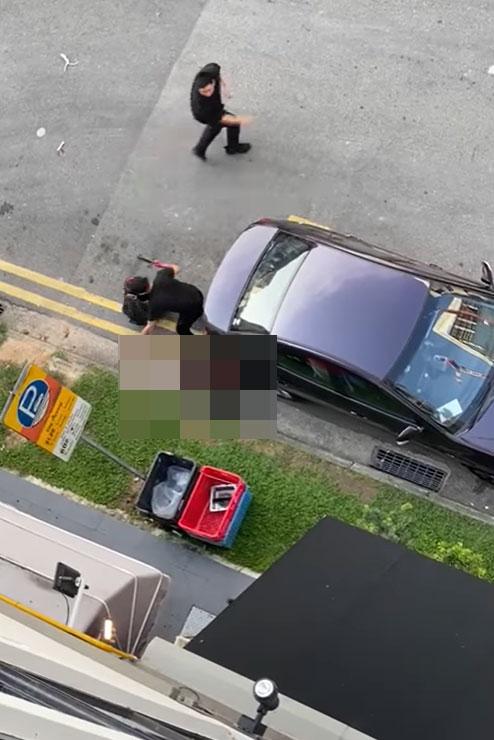 Other men then stepped in to throw items they could find at the assailant at this point to get him to stop attacking the woman.

8 World News reported that a chef in the hot pot restaurant threw a chair at the assailant to try to force him back.

Other staff of the hotpot restaurant also joined in to fight the assailant.

The manager of the restaurant and the eyewitness that 8 World News interviewed then took a signboard and an iron barbecue plate to confront the assailant.

The manager threw the barbecue plate, but the assailant only raised his hands to block it and appeared unaffected. 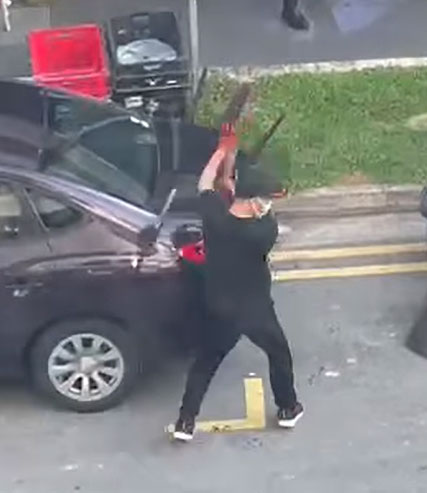 One of the videos did show a metal plate striking the assailant in the face.

When the eyewitness and the manager shouted and warned the assailant that the police had been called, the assailant turned to them and confronted them.

Assailant went to get a third knife

The assailant, still undeterred, then re-entered the kitchen and found a third knife, and walked out of the back door.

Seeing that there were many people outside, he cut his own neck and wrist with the knife.

This scene of him allegedly self-harming was also caught on one video.

Other videos circulating online showed the man tasered by the police in one of the eateries and arrested.

An ambulance was also subsequently seen at the scene, with a person put on a stretcher and wheeled out. 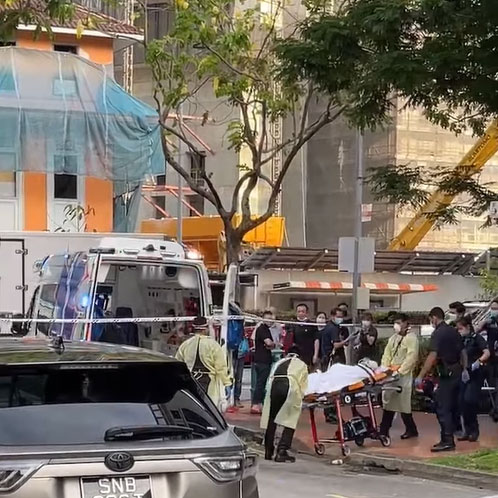 The man will be charged in court on April 16 with attempted murder.

Those found guilty of the offence of attempted murder will be liable for life imprisonment, imprisonment of up to 20 years and a fine, or both.