People in Singapore are now allowed to remove their masks when they are outdoors.

When the relaxed Covid-19 rules kicked in at 12am on Tuesday (Mar. 29, 2022), the situation on the ground was relatively quiet, with no large crowds of unmasked people in sight.

Most people prefer to wear their masks while outdoors

Mothership decided to hit the streets again on Mar. 29 morning and afternoon to see if things remained the same.

We went down to Tampines, Pasir Ris, and Simei in the morning, as well as Rochor, Bugis, Telok Ayer, and Raffles Place in the afternoon.

Nearly everyone outdoors in these areas were still wearing their masks.

"I just want to be safe"

Mothership spoke to some people and found that those who preferred to still wear their masks outdoors shared the same sentiment: They all wanted to stay safe.

A man who still had his mask on while waiting to cross the road at Rochor told Mothership:

"I don't feel comfortable to take out [the mask]. I see outside still got a lot of people and I just want to be safe, lah."

One female youth who was strolling outside Simei's Eastpoint Mall with her mask on said:

"I'm not sure why most people are still wearing their masks. But for me, I prefer to be on the safe side."

She also told us: "I'm so used to [wearing the mask] already. It'll be weird to go out without a mask now."

A man in his early 30s still had his mask on even though he was standing at a bus stop in Tampines.

Speaking to Mothership, he explained:

"I think it's better to be safe than sorry. Later if everyone take out their mask, that's not safe. So I think better to just keep it on."

When asked if he would take off his mask while being outdoors in the next few days, the man replied: "I think I'll still keep it on."

According to the Ministry of Health (MOH), the wearing of masks at bus stops in Singapore is optional.

However, Mothership saw many Singaporeans at a number of bus stops who still had their masks on.

As MOH did not specify whether masks are optional at MRT stations, Mothership went down to Pasir Ris, Tampines, and Simei MRT stations to seek some clarifications.

The MRT platforms of these three stations are open-air and located above the ground.

Mothership approached the passenger service centres at the three MRT stations and was told that mask-wearing at open-air MRT platforms is optional. However, mask-wearing is still required in the MRT train.

Despite this, almost all commuters at these MRT platforms still kept their masks on.

A woman who was at the MRT platform in Simei told Mothership:

"It will be quite a hassle to take out the mask and then wear it again when I enter the MRT. It's better to just have it on from the start."

Meanwhile, a middle-aged man who was waiting for the train to arrive at Tampines told Mothership:

"Actually ah, I thought of not using [the mask]. Then I see everyone wear. Then I just wear lor.”

When asked if he would still wear his mask out for the next few days, he said:

"I'm not breaking the law"

Although there weren't many, Mothership spotted about about 10 to 15 people across Tampines, Simei, Pasir Ris and Bugis who had chosen to remove their masks or keep their masks down while outdoors. 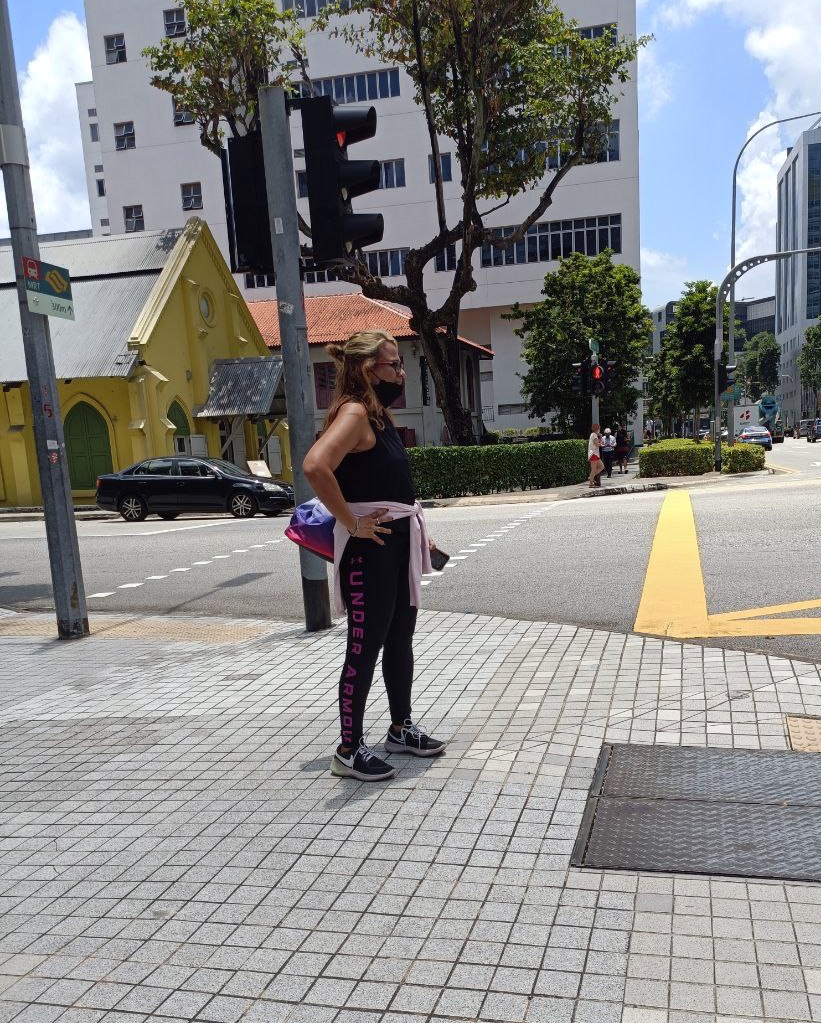 When asked why they had chosen to do so, one of them told us: "I'm not breaking the law and it's acceptable now, so why not?"

The number of unmasked people were slightly more in Telok Ayer and Raffles Place.

A man who preferred to have his mask removed while he's outdoors succinctly told Mothership: "I f*ck it already."