On Tuesday (Mar. 29) evening, Singapore defeated the Philippines with a 2-0 scoreline in the Football Association of Singapore (FAS) Tri-Nations Series 2022 at the National Stadium.

However, there was one unexpected moment in the game that went viral online and attracted attention both locally and overseas.

Ikhsan immediately reacted by pushing Bardanca aside and turning to the referee for a split second before the cross came in.

The moment was captured in the live telecast of the game.

Moments later, in the 39th minute, Bardanca was sent off after receiving his second yellow card, bringing his side down to only 10 men.

After the match, Ikhsan appeared to laugh off the incident as he reposted a picture of the intimate moment with a cheeky side-eye emoji. 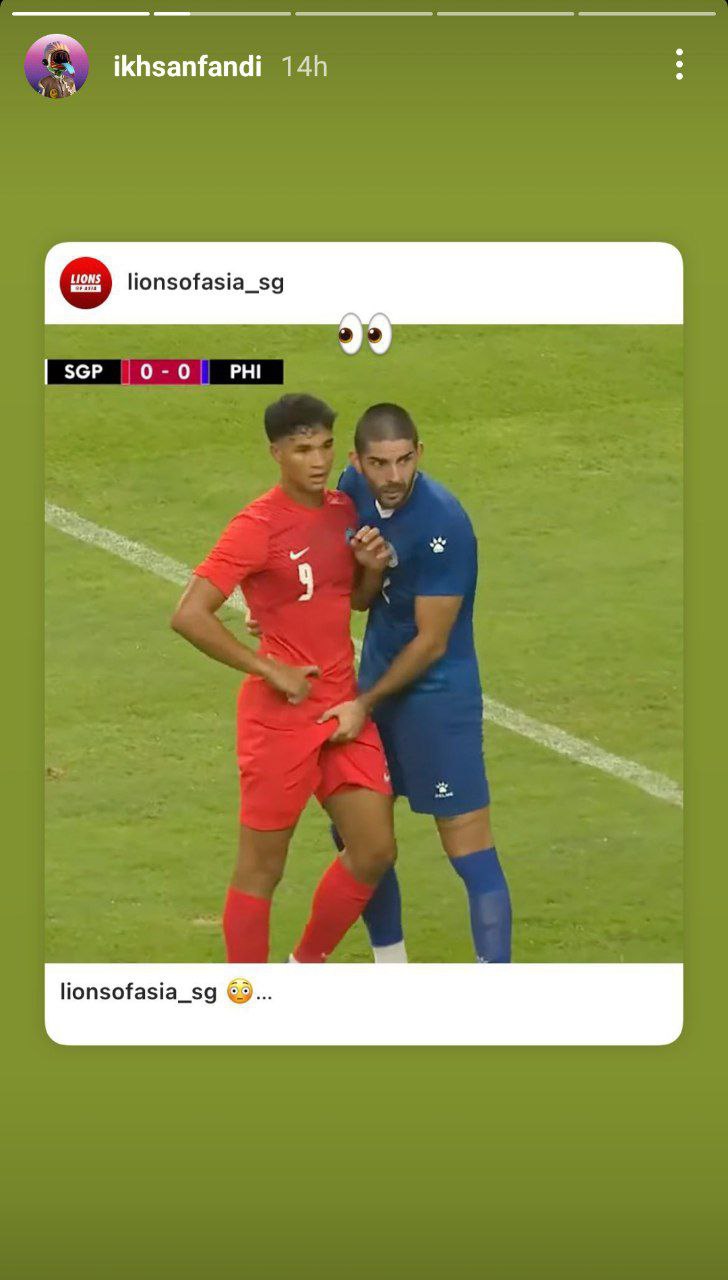 He also reposted a video edit of the moment with four laughing emojis. 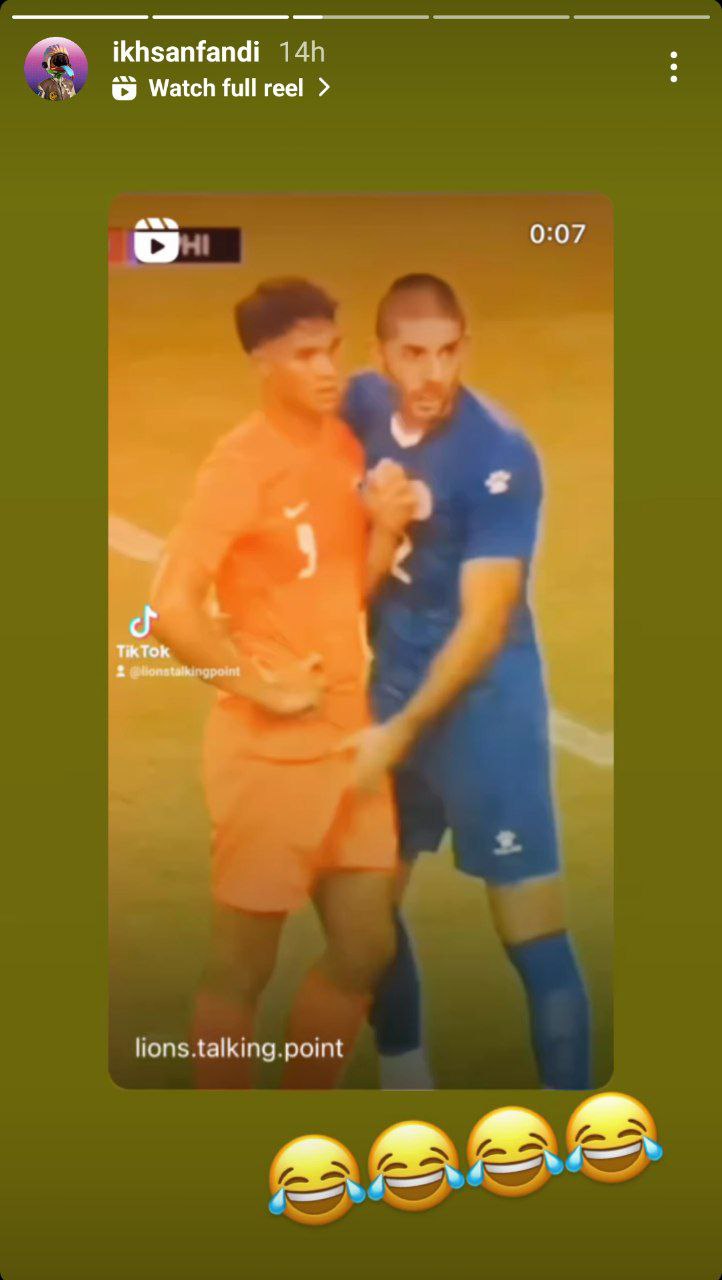