Some two years after the pandemic shut down nightlife activities, the prime watering hole of Singapore appears to be making a swift and long-awaited comeback.

Mothership.sg went on another field trip to Clarke Quay on March 29 night -- the first night where mask-wearing was optional outdoors and alcohol could be sold and consumed after 10:30pm, with live performances permissible.

Vestiges of the good old vibes resurfaced and lasted into the wee hours of March 30.

This was a stark contrast to the night before.

Bro shakes all around

The immediate sign that people were happy to be out: Within 2 minutes of setting foot into Clarke Quay, at the base of Haidilao Hotpot restaurant, an inebriated man sauntered over and introduced himself: "Hey bro, I'm happy to see you but can I just ask..."

Extending his hand to give a bro shake that almost transitioned into a pound hug, the man then continued in a silly drunk manner: "You know where is the men's toilet?"

He then explained he had been looking for the washroom but could not find it.

His amnesia, either caused by being away from Clarke Quay for two years or a few hours of drinking, was all we needed to know that this was going to be a swell night.

These were the scenes on the ground on Tuesday night/ Wednesday morning, the first day restrictions on socialising activities were relaxed -- a prelude to what is to come on Friday and Saturday, April 1 and 2.

This was the sneak peek of Clarke Quay at 1:03am:

A number of night spots were opened for business.

Thumping bass could be heard outside the venues as live music was allowed.

Some of these places were packed -- a healthy sign on a Tuesday weeknight as vitals are stabilising.

Patrons were expected to be masked indoors, and free to go unmasked outdoors, where they smoked and drank.

The familiar and almost mandatory Despacito tune could even be heard while crossing the famous Read Bridge -- another healthy sign on a Tuesday weeknight as vitals are stabilising.

Merry-makers find one another

One common sight was the exchanging of pleasantries between people.

There were more than enough bro shakes and pound hugs to go around. Businesses carried on until 2am

Venues that were open appeared ready to capture the crowd that showed up.

They stayed open till 2am, with the restriction of patrons from entry just after 1am. Some closed earlier, while others did not catch the wave at all. Get ready to see and be seen -- without masks

People we approached to be photographed, readily obliged without masks.

Best night in a while

At least one person had the best night out in a while. 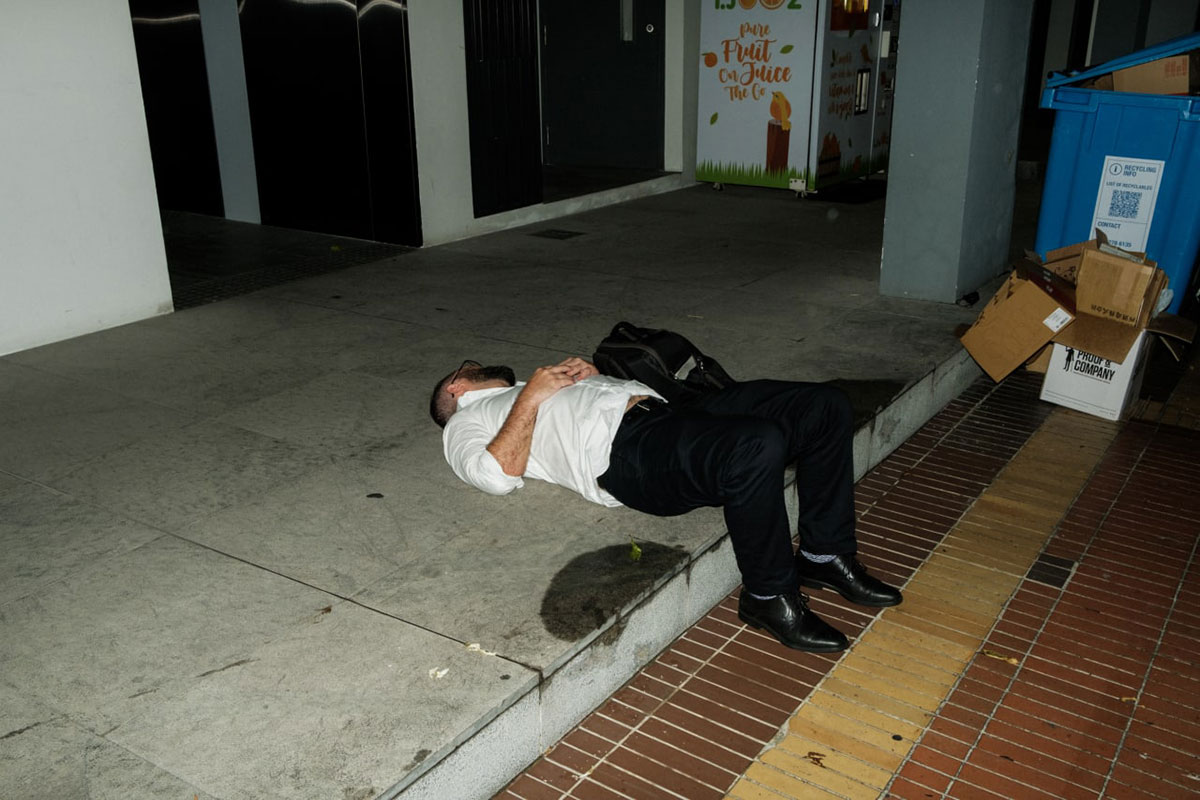 And he was not even the only one.

Other watering holes in Singapore saw equally healthy, resurgent business as those in Clarke Quay.

Pekin Street near Chinatown was packed just before 9pm earlier on in the night.

With the return of the nightlife sector, and with these scenes serving as a prelude of what is to come, private hire and taxi drivers can expect a bonanza over the weekend, starting from Friday.