Ukraine's ambassador to Singapore, Kateryna Zelenko, has warned of "history repeating itself" and widespread consequences should the international community fail to act against Russia.

"If the world doesn't stop Russian aggression, the world will suffer," she said at an online press briefing on the morning of. Feb. 25.

"An attack on Ukraine is an attack on the entire of Europe," she later added.

"We urge the international community to show solidarity with Ukraine by imposing immediately massive coordinated sanctions against Russia, isolating Russia in all possible international fora, supporting Ukraine with weapons, protective equipment, fuel, and whatever necessary to counteract the biggest army in the continent."

While Zelenko said that Ukraine appreciated the sanctions that had so far been imposed on Russia, she echoed calls from Kyiv to cut the transcontinental country from the Society for Worldwide Interbank Financial Telecommunication (SWIFT) global interbank payments system.

Zelenko said she was also grateful to Singapore for its support, after the Ministry of Foreign Affairs released a statement on Feb. 24 condemning the invasion.

When asked how long Ukraine could hold off a Russian offensive, Zelenko said that it depended on "the reaction of the world — of our Western partners".

"On their readiness to provide support to Ukraine to disengage Russia from SWIFT which will be a painful measure."

The Guardian reported on Feb. 24 that the European Union had so far refrained from imposing a sanction with regards to SWIFT, a system which is used by over 11,000 financial institutions to send secure payment orders.

It is key to the movement of funds to Russia’s oil and gas sector, and it is believed that banning Russia from the system would make it close to impossible for financial institutions to send money in or out of the country.

When asked about the matter, United States president Joe Biden said: "It is always an option. But right now, that's not the position that the rest of Europe wishes to take."

The European Union did however meet in the early hours of Feb. 25 to sign off on new sanctions against Russia.

The New York Times reported that they include bans on large bank deposits in the European Union, visa limitations for diplomatic and other privileged passport holders, and halts in exports to Russia of numerous technological goods including semiconductors.

"Peaceful Ukrainian cities are under strikes. This is a war of aggression. Ukraine will defend itself and will win. The world can and must stop Putin. The time to act is now," Kuleba was quoted by The Guardian as saying.

Ukraine has so far suffered 137 deaths and 136 wounded.

"As of 10:30pm, on the 24th of February, Russian troops fired our positions 393 times, including 32 civilian objects," added Zelenko.

Authorities in Ukraine have estimated Russian losses on Feb. 24 to be more than 30 tanks, up to 130 armoured combat vehicles, seven aeroplanes, and six helicopters.

The ambassador also presented a series of pictures from the conflict, including one she said was from Russian forces shelling houses in Kharkiv. 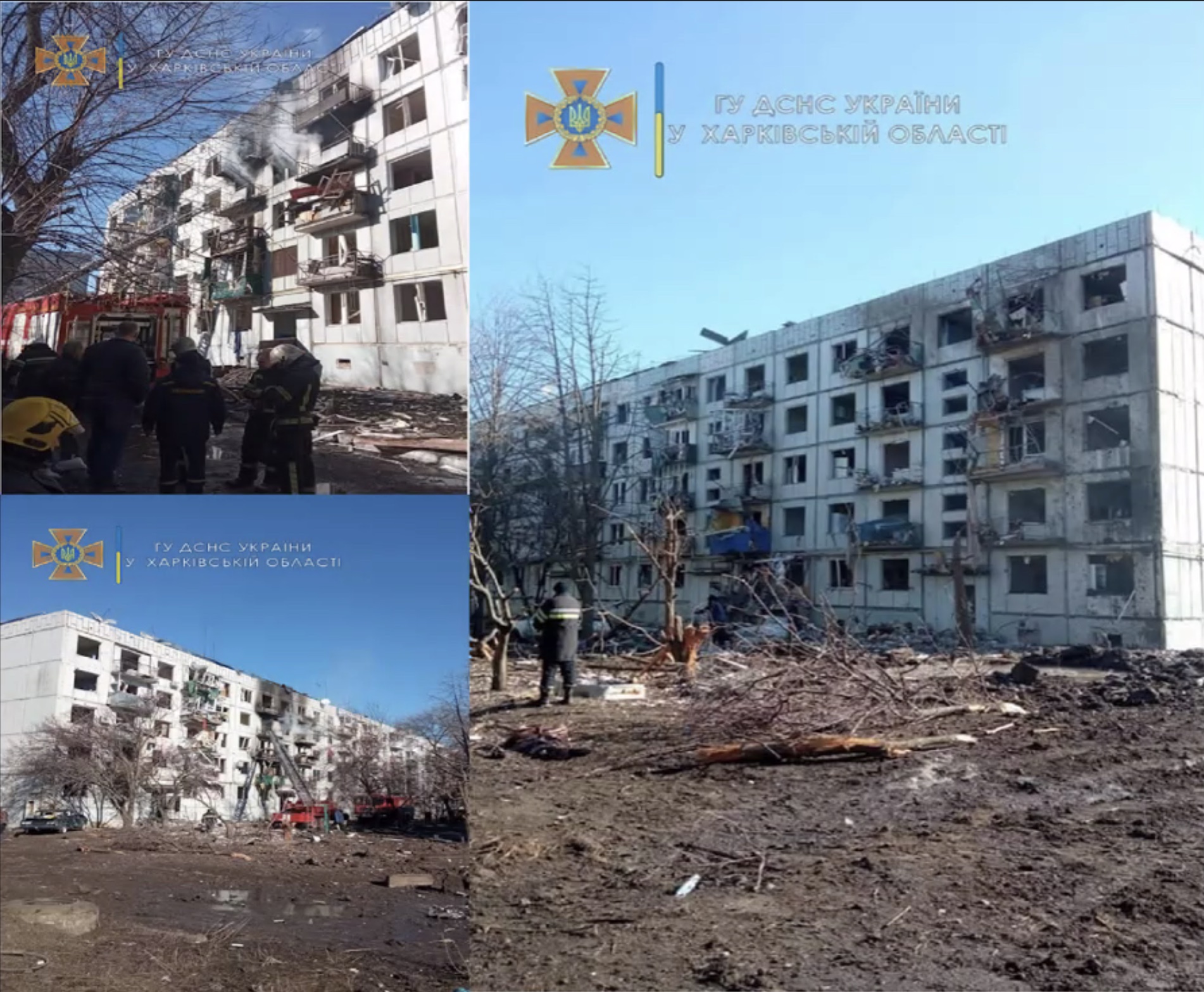 "Look at this picture. A small boy was killed and dozens of peaceful citizens living in this house were injured yesterday," she explained.

U.S. secretary of state, Antony Blinken has said that “all evidence suggests that Russia intends to encircle and threaten Kyiv" while Ukrainian president Volodymyr Zelensky, speaking in a short address shortly after Friday (Feb. 25) midnight, said that Russian saboteurs had entered the capital.

"According to the available intelligence, the enemy marked me as a target No. 1 and my family as the target No. 2," he was reported by The New York Times as saying.

"They want to destroy Ukraine politically by destroying the head of the state."