If you've been caught up in "Single's Inferno," another reality dating show with similar vibes has been lurking on Netflix for some time. 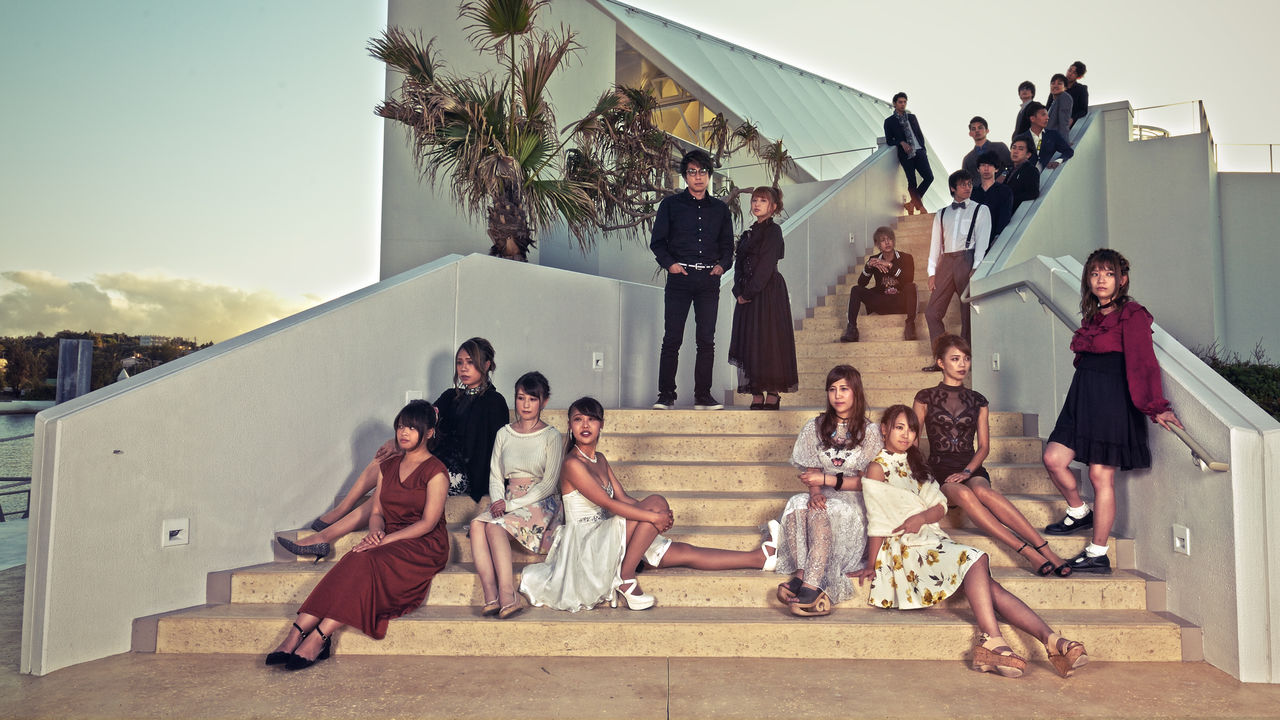 On the show, contestants go on fun dates but are also allowed free time.

The catch, however, is that each contestant has their own dark secret—a secret that may adversely affect their romantic prospects, whether past or present.

These secrets are gradually revealed as the show progresses.

Like the thrilling "Single's Inferno" (strange way to describe a dating show, but it holds), "REA(L)OVE" is consistently spiked with its own funny, shocking, or even crude moments.

Here are three factors that make it a binge-worthy show.

The nine-episode series is basically a dating show, and it takes place over three days in Okinawa.

This means that all developments are accelerated, including the process of getting to know the contestants, or the romantic progress between them. 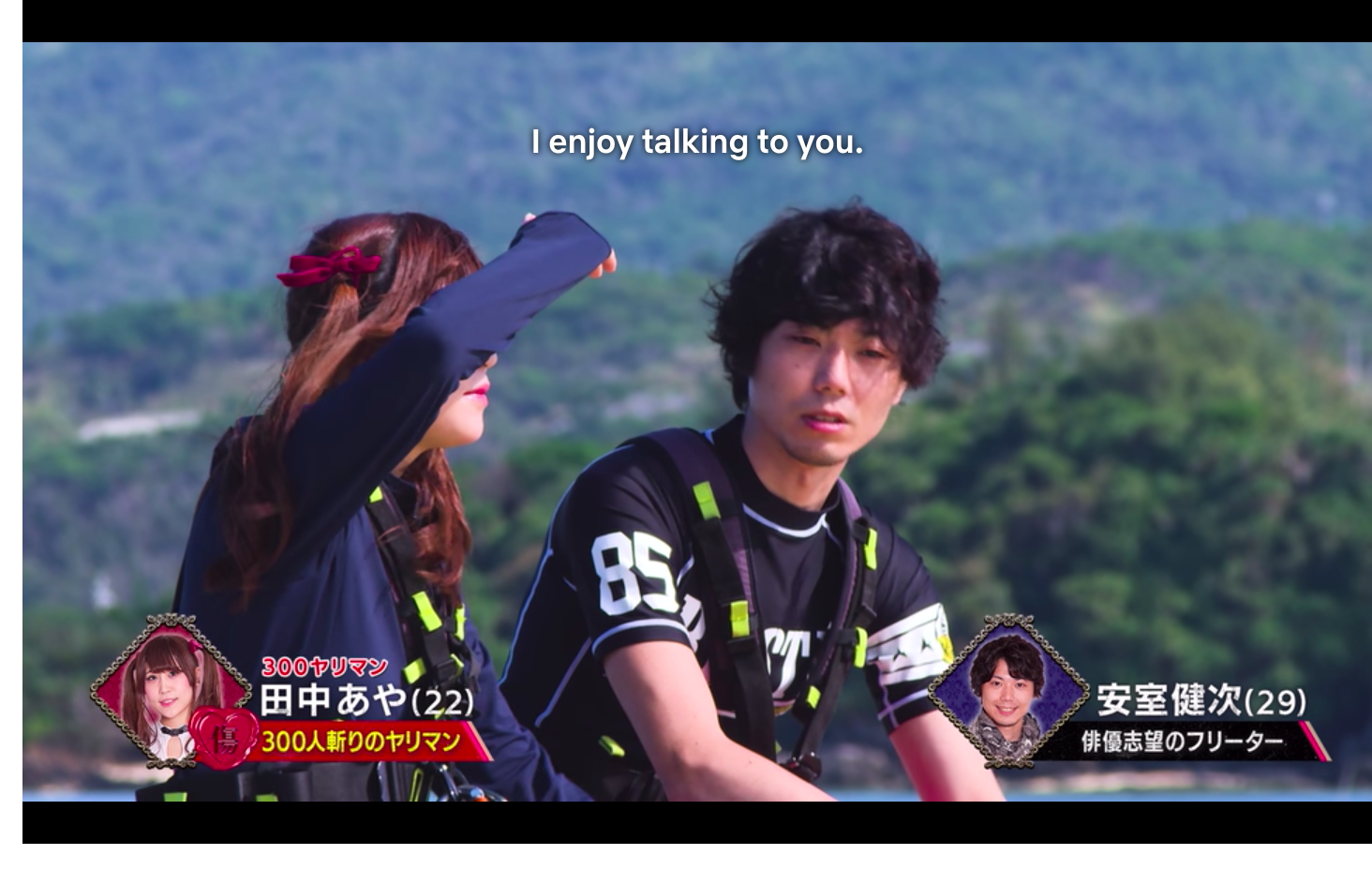 This also means fewer dull moments, as every scene is crucial in some way.

And perhaps because it's a relatively short time together, the contestants have less qualms about expressing their unfiltered thoughts about another person on camera.

During the show, the hosts “randomly” selects a contestant to reveal their secret, usually at an inopportune and awkward time for the contestant (e.g. when a date is going well). 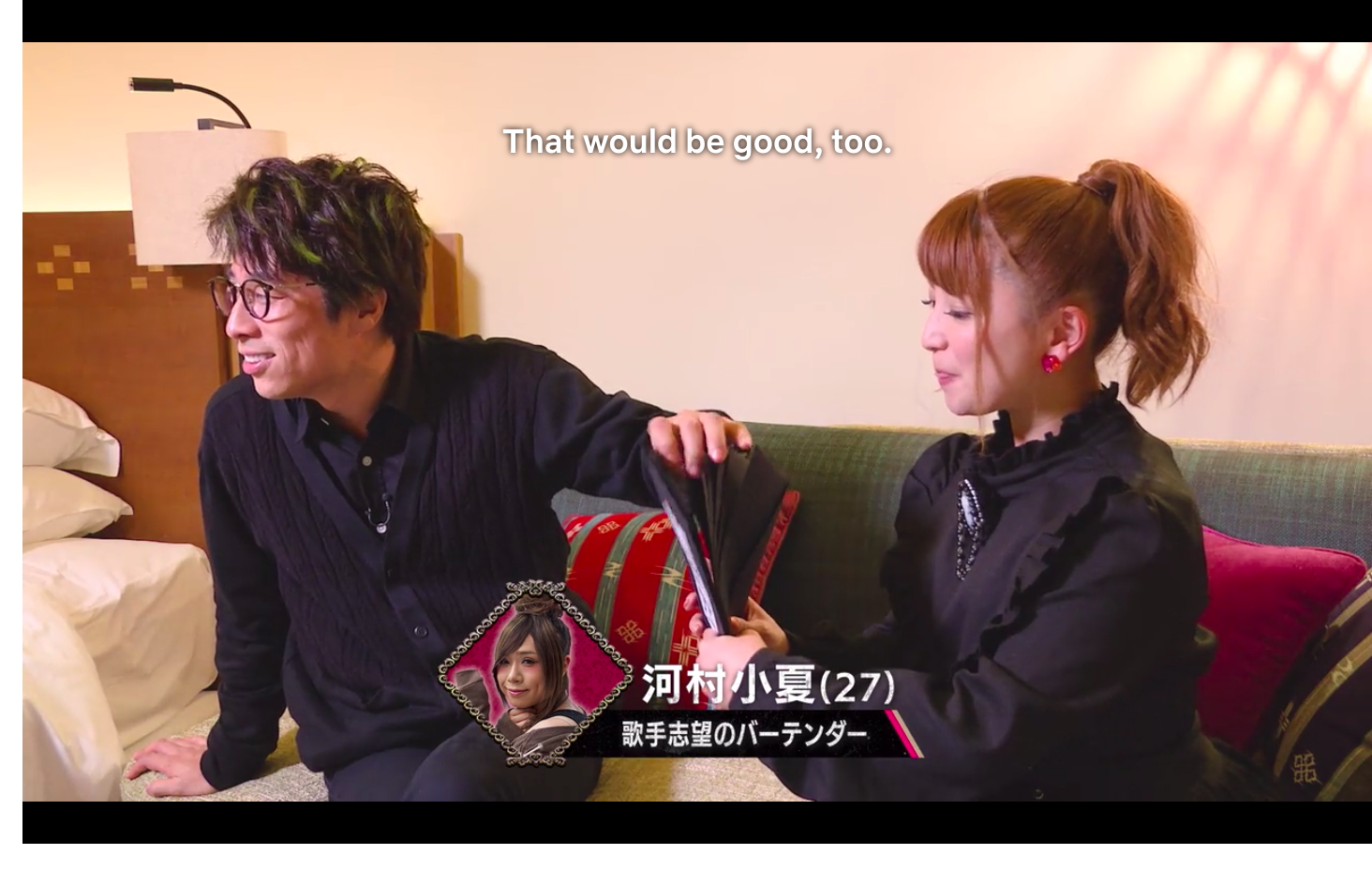 Each episode spills up to three dark secrets that subsequently affect the dynamics between contestants in an interesting way.

Coupled with the hosts' observations and sound bites from other contestants, dark secrets are the highlight of the show. 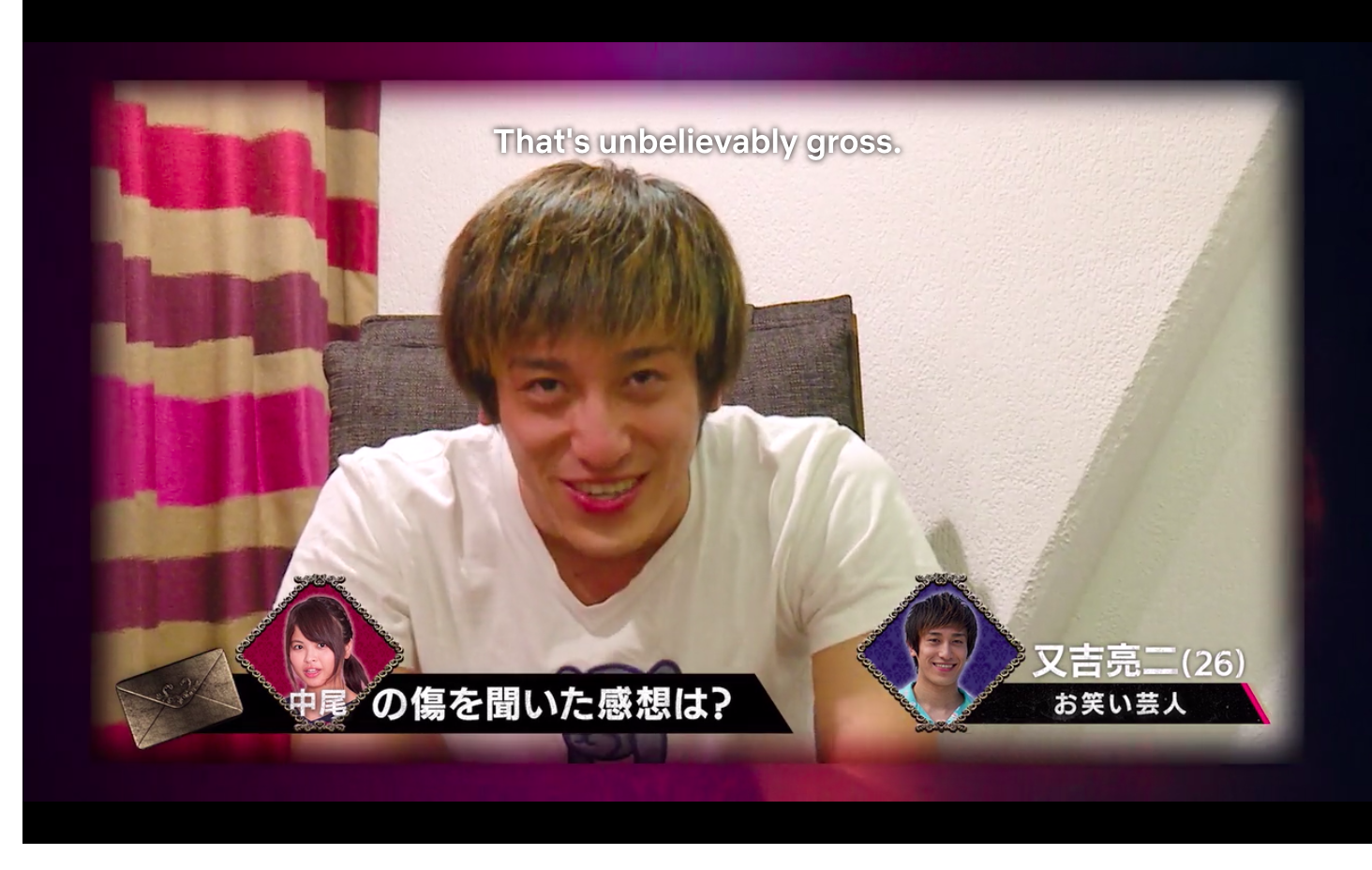 We won't be spoiling the show here, but some secrets are really quite out there.

And some of the contestants' reaction weren't very nice, either.

Male host Atsushi Tamura is a comedian and "reformed playboy," while Mari Yaguchi is a celebrity with her own checkered past (she was once caught in bed with another dude by her husband).

To put it politely, Tamura is unrestrained in dishing out mean, snarky comments, and he freely slaps labels on those who have confessed their dark secrets. 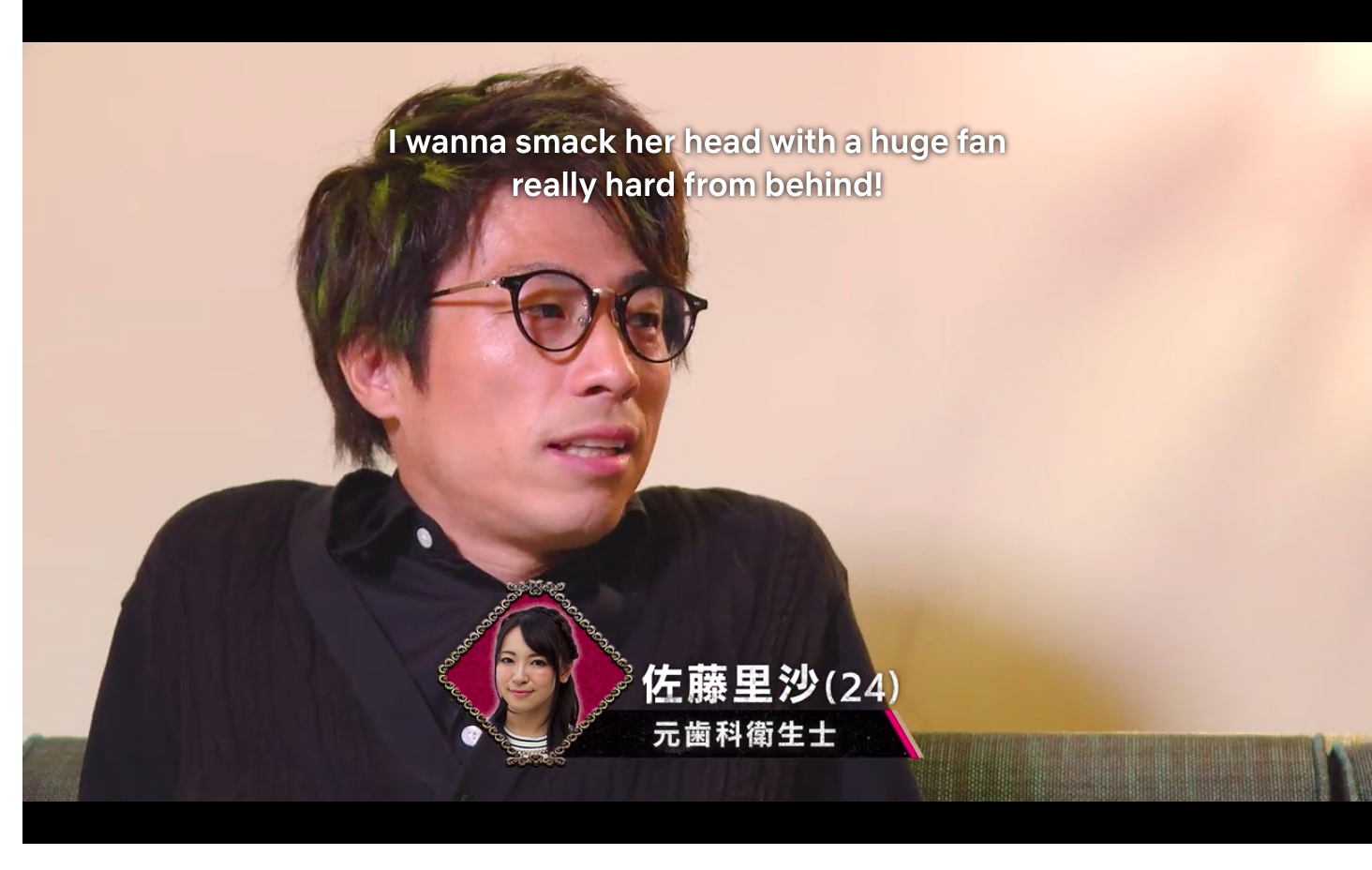 Tamura also makes jokes at his co-host's expense, mostly poking fun at her past scandal. This is not the show to watch if you're looking to improve yourself in any way.

Description-wise, Netflix files it under "scandalous", and it's also received an R21 rating.

It can get offensive at times, so we might even suggest not watching if you happen to have a particularly well functioning moral compass.

If you can stomach it, however, go ahead and have fun with this trashy, guilty pleasure.